Florida Statute Section 948.06(8) creates a special classification of probationer—a “violent felony offender of special concern” (“VFOSC”) as explained in Florida Statute § 948.06(8)(a). For offenders on probation, or who are placed on probation, the key to the VFOSC classification is the commission of a “qualifying offense,” which is defined as those crimes specified in subsection 948.06(8)(c).

If you are on probation for one of these serious offenses, then an alleged violation of probation is extremely serious.

The attorneys at Meltzer & Bell, P.A. represent clients on a variety of probation and community control violation cases in Palm Beach County or Broward County, FL. We can help you understand the procedures used when making a VOP arrest or attending a VOP hearing. Whether you were arrested for a new criminal offenses or a technical violation, you need an attorney to help you fight the case.

We can help you decide the best ways to fight the VOP accusation. The attorneys at Meltzer & Bell, P.A. have offices in West Palm Beach and Fort Lauderdale. They represent clients charged with a violation of probation in Palm Beach County and Broward County, FL.

The qualifying offenses that trigger the VFOSC are found in Florida Statute Section 948.06(8)(c) including; 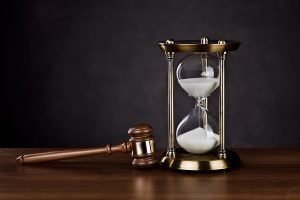 If a person qualifies as a violent felony offender of special concern, VFOSC, after a court finds that the offender has committed a violation of probation other than failure to pay costs, fines, or restitution, the court is required to make written findings as to whether the offender “poses a danger to the community” as explained in Florida Statute § 948.06(8)(e)1.