Under Florida law, vandalism and similar acts are considered criminal offenses. Typically, any purposeful property damage will result in a criminal mischief charge.

Even if the amount of damage was small, a conviction can still result in jail time as well as possible fines. Graffiti is especially punished rather harshly under Florida law.

While this crime might sound like a very minor transgression, it is in fact a very serious charge that can even result in incarceration. An arrest for criminal mischief in South Florida can be a daunting experience, but there is no need to go it alone.

Criminal mischief is defined in Florida as willfully and maliciously damaging by any means any property belonging to another person. This includes acts commonly known as graffiti and vandalism. 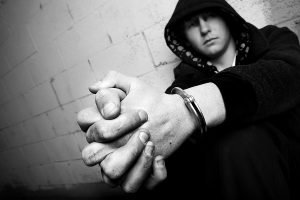 The penalties for criminal mischief in Florida largely depend upon the amount of damage done. If damage is done to multiple pieces of property, or even different pieces of property belonging to different owners, the amounts will be added together for determination of the level of the offense if the damage results from the same action or scheme. For example, if you slash four tires on a car, the total amount of damage to all four tires will be used to determine the level of offense you are charged with.
If the amount of damage is $200 or less, criminal mischief will be charged as a second-degree misdemeanor, and conviction will result in:

If the amount of damage is between $200 and $1,000, criminal mischief will be charged as a first-degree misdemeanor, and conviction will result in:

If convicted of criminal mischief as a third-degree felony, you will face:

In all instances, you will also be liable for restitution for any and all property damage in addition to the fines.

Additional Penalties for Graffiti in Florida

Florida has implemented additional, harsher penalties for any instances of criminal mischief involving placement of graffiti. In addition to the other penalties, a conviction of criminal mischief involving graffiti will result in a requirement to perform at least 40 hours of community service and, if possible, perform at least 100 hours of community service that involves the removal of graffiti, along with an additional mandatory minimum fine of:

If a minor under the age of 18 commits a delinquent act of criminal mischief involving graffiti, additional conditions apply:

If you have been arrested and charged with this offense in South Florida, you should immediately seek legal representation who will fight for the best possible outcome. Meltzer & Bell, P.A. represents clients in Palm Beach Gardens, Greenacres, Lake Worth, Royal Palm Beach, Riviera Beach, and many other nearby areas.

Our West Palm Beach criminal mischief attorneys have more than two decades of combined experience handling these types of cases on both sides of the aisle, so we understand what defense strategies are the most effective against these charges. Let our firm review your case by calling (561) 557-8686 today to take advantage of a free consultation.