The charge of burglary in Florida implies that a person has entered a dwelling, structure, or conveyance uninvited and with the intent to commit a crime. Burglaries are felony offenses that can put people behind bars for many years in addition to a loss of civil liberties after serving a prison or probationary sentence.

Under Florida law, the definition of “Burglary / Breaking and Entering” is the unlawful entry into a building or other structure with the intent to commit a felony or theft. Burglary can include any unlawful entry or attempted forcible entry of any dwelling, house, attached structure, public building, shop, office, factory, storehouse, apartment, house trailer, warehouse, mill, barn, other building, ship, or railroad car.

The circumstances of each case are unique, and there may be leeway to argue for a lesser charge, such as misdemeanor trespassing, or dismiss the case for lack of evidence of your presence or criminal intent.

Whatever the facts of your case, the charges are severe. You only have a limited number of appearances before the court before your fate is ruled.  You do not want to be working on your appeal from a weakened stance having wished you understood the system the first time.

Meltzer & Bell, P.A. will proactively work your case, shedding all the necessary light on the prosecution’s assumptions and evidence to maintain your innocence. With experience from both sides of the courtroom, attorneys Steven Bell and Lawrence Meltzer come together to aggressively defend your rights.

Call Meltzer & Bell, P.A. to schedule a free consultation at (561) 557-8686. A team of skilled criminal defense attorneys is on hand to answer your questions and be a resource through this difficult process.

Burglary is a property crime that specifically refers to the unwelcome entry into a dwelling (a place where people sleep), structure, or conveyance (ex. a motor vehicle). Burglary is different from trespassing in that the alleged intruder has the intent to commit an offense within that property – typically theft.

Burglary is when a person is not invited to enter the premises but does so against the wishes of the property holder – whether or not they are on site. Burglary can still be charged even if permission was originally granted to the alleged burglar to come into the structure, dwelling, or conveyance.

Florida Statutes Annotated §810.02 states, notwithstanding a licensed or invited entry, burglary is committed if the defendant remains in the dwelling, structure, or conveyance:

Penalties for Burglary under Florida Law 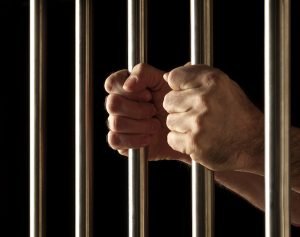 Third-degree felony for burglary will result in a sentence of up to five years imprisonment with a fine not to exceed $5,000. If this is your first offense, we will endeavor to have the charges dismissed or reduced. A lesser charge of burglary is often trespassing, which is a misdemeanor.

A conviction for a second-degree felony will expose the defendant to up to 15 years in a Florida prison. A fine not to exceed $10,000 will be levied. For armed burglary or a burglary in which an assault or battery occurs, Florida law stipulates it as a first-degree felony and goes above and beyond to lay down the second most serious penalty on hand: life imprisonment.

With all felony cases, the loss of civil rights follows, including the right to possess a firearm, right to serve on a jury, and the right to vote. Access to financial aid will be negatively impacted as well. A serious criminal record will influence your career options.

Burglary as a Third Degree Felony

Third-degree felonies for burglary include Burglary of a Structure and Burglary of a Conveyance. This would include “smash and grab” burglaries of a vehicle where a car window is broken to quickly grab a purse or valuable. In order to be charged with a third-degree felony, the structure or conveyance must be free of any other people.

Burglary is a felony of the third degree if, in the course of committing the offense, the offender does not make an assault or battery and is not and does not become armed with a dangerous weapon or explosive, and the offender enters or remains in either of the following:

Burglary as a Second Degree Felony

Burglary is a felony of the second degree if, in the course of committing the offense, the offender does not make an assault or battery and is not and does not become armed with a dangerous weapon or explosive, and the offender enters or remains in a:

Note in the above that entering or remaining in a dwelling – where people sleep – is viewed as a more serious offense than burglarizing a structure or conveyance. Additionally, the state prosecutes those it believes involved in drug crimes more harshly with a second rather than third-degree felony.

The state views very seriously any act of violence when intruding on someone else’s property and punishes that act with a first-degree felony and the potential of life behind bars.

This includes armed burglary or a burglary resulting in the assault or battery of a person inside the structure, dwelling, or conveyance. As defined in Florida Statutes Annotated §810.02, burglary is a felony of the first degree if, in the course of committing the offense, the offender:

You do not need to be flashing the dangerous weapon, but only need be armed with such. Dangerous weapons are generally any tool specifically designed for the purposes of inflicting death or serious injury. They include explosives, firearms, switchblades, dagger, billy clubs, metal knuckles, tasers, and other items.

Defenses to Burglary Charges in Florida

In order to prove a burglary charge, the prosecutors must show that the defendant entered the property and there is no mistaken identity. We will research your alibi and the timeline to place you out of the time and place of the crime.

The law is also clear that a burglary cannot be committed in a place open to the public during the hours the property is open to the public. If it can be proven the defendant stole property, the correct charge is petit theft or grand theft, but a public location cannot be burgled.

This may include witness statements, video recordings, suspicious behavior, your location at a particular time, etc. It is our responsibility to cast enough doubt on each assertion from the prosecutors that the jury must send you home.

Office for Victims of Crime– This government site provides full statutes on violent crimes by state.

Residential burglary, armed burglary, “smash and grab” vehicle burglaries are all felony offenses in Florida that should be handled by a competent defense attorney. Meltzer & Bell, P.A. is available to consult, with no cost or obligation, about the burglary charges against you.

Call Meltzer & Bell, P.A. today at (561) 557-8686 to schedule a discussion with one of the experienced criminal defense attorneys on the team.