The state of Florida has strict laws designed to protect other’s property and personal belongings from thieves. Violating these laws will mean harsh penalties including expensive fines in the thousands and possibly time in jail or even prison. In addition, many theft offenders are ordered to pay restitution costs to the victim in conjunction with their court fees. Hiring an experienced theft defense lawyer can ensure your rights and your future are vigorously defended.

If you or someone you know has been charged with theft or another type of property crime, then it’s within your best interest to gain legal representation. A theft conviction carries heavy penalties and the consequences of a criminal record will follow you long after your trial ends. Many people with theft convictions have issues applying for loans, housing, or getting admitted into the university of their choice. Find out what you can do to protect your rights and future by contacting an experienced criminal defense attorney.

If you face charges for theft, burglary, criminal mischief or any type of property crime, the dedicated team at Meltzer & Bell, P.A. can represent you. We will seek to have your charges reduced or dismissed, and will passionately fight for your rights, no matter what the charge.

As a former prosecutor and former public defender, we came together as a team to bring our experience to those facing criminal accusations in Palm Beach County courts. Have a skilled West Palm Beach theft and property crime defense lawyer on your side.

Call us today at (561) 557-8686 to set up a free consultation. We are available 24 hours per day, seven days per week. We represent clients in Delray Beach, Boynton Beach, Boca Raton, Belle Glade, Palm Beach Gardens, Juno Beach, Jupiter, Royal Palm Beach, Wellington and anywhere else who are charged in a Palm Beach County court.

Overview of Theft and Property Charges in FL

What is Theft Under Florida Law?

Knowingly taking another’s property or the attempt to deprive them of their property is a crime with serious penalties. Florida defines theft under Florida Statutes Section 812.014, which states a person commits theft if he or she knowingly obtains or uses, or endeavors to obtain or use, the property of another with the intent to, either temporarily or permanently:

What Are the Penalties for Grand Theft in Florida? 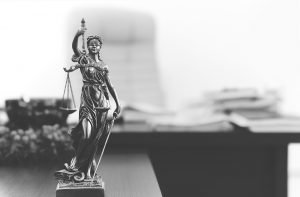 The penalties for theft heavily depend on the property stolen and its value. The crime of theft is a first-degree felony if you committed any of the following acts:

Under Florida law, “grand theft” is defined as any intentional or unlawful taking of property that is valued at $300 or more.

Grand theft in the first-degree maximum penalties include:

You will be charged with grand theft in the third-degree if you stole any of the following:

The lightest grand theft offense under Florida law is grand theft in the third degree. You will face third-degree grand theft charges if you steal any of the following:

Grand theft in the third degree is a third-degree felony. The penalties for conviction include:

What Are the Penalties for Petit Theft in Florida?

Petit theft is any type of property stolen that is valued up to $750. You could be charged with first-degree petit theft if you stole property that was more than $100, but less than $750. If convicted, you could face a first-degree misdemeanor that carries the following penalties:

Theft of any property not specified by the grand theft statute listed above is considered petit theft in the second degree. You will face a second-degree misdemeanor for the crime which can result in the following maximum penalties:

If you have a prior petit theft conviction and commit petit theft again, then you’ll automatically face a first-degree misdemeanor. Having two or subsequent prior convictions will mean a third-degree felony which can result in:

Other Property Crimes Under Florida Law

Arson (Florida Statutes Annotated § 806.01) means illegally destroying or damaging a building or the property of another with explosives or fire willfully or during the commission of another felony. It is a second-degree felony if the building was not occupied and a first-degree felony if it was.

Criminal mischief (Florida Statutes Annotated § 806.13) means willfully and maliciously damaging or destroying the property of another. This includes public property, like bridges and street signs. Criminal mischief includes acts of vandalism, like graffiti. It is a second-degree misdemeanor if the damage was valued at less than $200, a first-degree misdemeanor if the property was worth between $200 and $1,000, and a third-degree felony if the property was valued at above $1,000.

Florida Auto Theft Intelligence Unit (FATIU) — FATIU is a statewide nonprofit organization comprised of more than 200 members which do include both law enforcement investigators, Florida Highway Patrol, rental vehicle companies, the Department of Insurance and Fraud, insurance companies, and the Department of Highway Safety and Motor Vehicles. Learn how they investigate cases to find ways to poke holes in the prosecution’s case.

National Association for Shoplifting Prevention (NASP) — NASP is a nonprofit organization that was originally founded in 1977 as Shoplifters Anonymous, Inc to help those who are struggling with the impulse of shoplifting. The organization focuses on the study and prevention of shoplifting tendencies in those who can’t control themselves. On this website, you can learn more about NASP’s community programs and educational services.

If you face any type of charges for theft or offenses that involve the destruction or illegal intrusion of another’s property, your future could be on the line. The dedicated team at Meltzer & Bell, P.A. will fight for you. You will always have an experienced partner on your case. It will never be handed down to a less-experienced associate.