Sexual encounters most commonly occur between acquaintances, friends, or relatives rather than strangers. The repercussions of a sexual assault accusation can cause great damage and stress in your life. If you feel you have been falsely accused of sexual assault or rape, call Meltzer & Bell, P.A. immediately.

Defense attorneys Lawrence Meltzer and Steven Bell have decades of combined experience in felony cases including those of a sexual nature. The State of Florida can and will enact harsh penalties against those convicted of sexual battery, so it is imperative you have a defense team capable of handling these complex charges.

With Meltzer & Bell, P.A., you have a dedicated advocate that will pursue every opportunity to weaken the prosecution’s case including through suppression of unconstitutionally collected evidence and a thorough investigation of the relationship and encounter in question. Call (561) 557-8686 to set up a free consultation to review your sexual battery charges.

Information on Sexual Battery in Florida

Any sexual battery committed against a person under the age of 12 will be charged as a criminal offense in Florida. The state does not recognize that anyone younger than 12 years old is capable of intelligently and knowingly consenting to a sexual encounter. The defendant being a minor is no defense against a sexual battery conviction in Florida.

Consent is defined in Florida Statute § 794.011 as intelligent, knowing, and voluntary consent and does not include coerced submission. The failure of a victim to physically resist the offender is not construed as consent.

Those who are physically helpless to resist a sexual encounter through the act of being unconscious, asleep, or physically unable to communicate, are deemed incapable to consent. Additionally, someone mentally incapacitated due to the influence of a narcotic, anesthetic, or intoxicating substance can be proven to not be able to give consent.

For those in positions of control, or even perceived control, acquiescence to a sexual act is not considered consent. The person may not even realize they were in a position of control, but circumstances just need to show the victim reasonably believed it.

No matter the level of consent or willingness, certain interactions with a person in a familial or custodial authority to a person less than 18 years of age will be prosecuted as sexual battery. This includes: 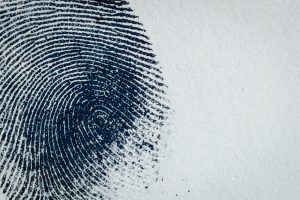 Sexual Battery of a Minor Under 12 Years

A person less than 18 years of age who commits sexual battery upon, or in an attempt to commit sexual battery injures the sexual organs of, a person less than 12 years of age commits a life felony. The sentence carries a possible life in prison, the remainder of one’s life under probation, lifelong registration on the sex offenders registry, and a fine of up to $15,000.

A person who commits sexual battery upon a person 12 years of age or older, without that person’s consent, and in the process thereof uses or threatens to use a deadly weapon or uses actual physical force likely to cause serious personal injury commits a life felony. A life felony will be punished very harshly with multiple years behind bars up to maximum life imprisonment. A fine up to $15,000 may be levied as well as a lifelong registration as a sexual offender.

Sexual Battery of an Individual Over 12 Years without Consent

A person who commits sexual battery upon a person 12 years of age or older without that person’s consent, under any of the following circumstances, commits a felony of the first degree:

A conviction of a first-degree felony sexual battery may be punished by up to 30 years imprisonment, a $10,000 fine, lifelong registration as a sex offender, and the revocation of your right to own a firearm, serve on a jury, or vote.

Sexual Battery of an Individual Over 12 Years without Physical Force

A person who commits sexual battery upon a person 12 years of age or older, without that person’s consent, and in the process thereof does not use physical force and violence likely to cause serious personal injury commits a felony of the second degree. The prosecution may seek up to 15 years imprisonment and a maximum $10,000 fine. A conviction requires lifetime registration as a sex offender.

The first step to a solid defense is a consultation with an experienced defense attorney. Meltzer & Bell, P.A. will go over your case and recommend the best way to fight it. This will start with reviewing the evidence in the prosecution’s hands as well as building evidence for our account. Through discussions with the prosecutor, we will flesh out the most advantageous plea deal that would close this case and help you move on. If the evidence is lacking, we will pressure the prosecutors to dismiss their case.

If any evidence has been collected against your Constitutional rights, Meltzer & Bell, P.A. will follow up with a motion to suppress evidence. This can so weaken the prosecution’s case that they are forced to dismiss.

Meltzer & Bell, P.A. will go to trial if a favorable outcome cannot be reached in pre-trial hearings. At trial, if the victim can be shown to have consented or the assault cannot be shown to have been committed by the defendant, the case must be dismissed.

An adept sexual battery defense lawyer will closely inspect the recollection of the victim for flaws in accuracy. Evidence, lab analyses, chain of custody, and witness credibility will be meticulously scrutinized while we bolster our client’s account and integrity.

RAINN– Search this organization for resources for victims of sexual assault.

National Center for Victims of Crime – Search this organization’s site for hotlines for victims of violent crimes.

Meltzer & Bell, P.A. affords each client the time and resources needed to win cases. Such a serious charge becomes a major obstacle in your life. Arm yourself with a legal team of criminal defense attorneys composed of a former prosecutor and former public defender, bringing the knowledge of both sides of the case behind you. Either Lawrence Meltzer or Steven Bell will be your personal contact, 24 hours a day, seven days a week.

If you have been arrested for sexual battery in Palm Beach County, Broward County, or Miami-Dade County, start taking action in your defense by calling (561) 557-8686 for a free, first consultation.