The internet was once treated like the Wild West. There were few regulations on what content could be posted, people were mostly free to write and upload what they wanted. The online landscape was so unregulated that taxes were not even collected on online goods.

West Palm Beach criminal defense attorneys Lawrence Meltzer and Steven Bell defend clients accused of crimes in communities all over Miami-Dade County, Palm Beach County, and Broward County, including Greenacres, Boca Raton, Boynton Beach, Palm Beach Gardens, Jupiter, and many others. Call (561) 557-8686 right now to have our lawyers review your case and help you understand all of your legal options during a free initial consultation. 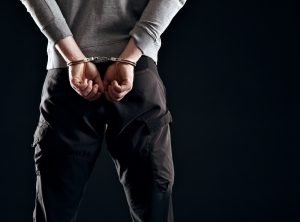 If a law enforcement officer has probable cause that a person has made a sexual cyberharrassment violation, the officer can make an arrest without a warrant. Otherwise, upon proper affidavits being made, a search warrant can be issued to further investigate including searching a private dwelling.

While the statute applies and penalizes those who upload sexually explicit images to the web, it does not include interactive computer services or communication service. Those two terms as defined by Florida law:

Essentially, the relevant parties that would be exempt from prosecution are hosting websites and internet service providers. For example, if a John Doe posts a sexual video of his former girlfriend on Website A, without her consent, Website A and the internet service that John Doe used to post the video would not be liable for sexual cyberharrassment but John Doe would be.

Were you arrested or do you believe that you might be under investigation in Palm Beach County for sexual cyberharassment? You should not speak to any authorities until you have spoken to Meltzer & Bell, P.A..

Our West Palm Beach criminal defense lawyers represent individuals in communities throughout Palm Beach County, Miami-Dade County, and Broward County, including Wellington, Delray Beach, Boynton Beach, Jupiter, Boca Raton, and several others. Call (561) 557-8686 or submit an online contact form to have our attorneys review your case and answer all of your legal questions during a free initial consultation.