A sex crime is an offense that carries stringent penalties in Florida. In addition to the criminal penalties accompanying the offense, an offender could be forced to register as a sex offender in line with Florida’s sexual predators Act. This means that their information will be made public, And therefore anyone with internet access will be able to see details about the crime for which they were convicted.

Admittedly, all sex crimes carry a strong stigma and can have serious consequences on the defendant’s life. For this reason, hiring a competent and qualified sex crime defense attorney is an imperative undertaking. Essentially, an attorney will help safeguard your rights and interests throughout the criminal proceedings and, at the same time, will work hard to ensure that the charges are reduced or dropped altogether.

At Meltzer & Bell, we are cognizant that multiple crimes can constitute sex crimes in the state of Florida. Similarly, we are aware of the different strategies that the prosecution can use to sustain a charge in court and what type of evidence they typically rely on to ensure they are successful. Bearing this in mind and the fact that sex crimes are serious offenses, we will work hard to ensure that you receive a successful outcome.

A sex crime denotes an offense that occurs when a person sexually abuses or instigates non-consensual sexual encounters through physical or psychological manipulation.

There are multiple sex offenders under Florida law which include the following:

A sex crime charge is often accompanied by a public perception that the accused is a pervert or a predator, subjecting the alleged offender to ridicule and stigmatization. Consequently, the defendant might feel like they are presumed guilty. However, it is imperative to note that the rules of criminal justice apply to sex offenders. In other words, you are presumed innocent until you are found guilty.

Therefore, you will be afforded the liberties and rights afforded in the constitution even during the criminal proceedings.

Sexual battery, also known as rape, denotes a broad category of offenses provided under Florida statute Annotated 794.011. As per the definition provided under this statute, sexual battery is a crime that occurs when the defendant is alleged to have caused the victim’s sexual organs, anus, or mouth to be penetrated by a sexual organ of any object and that the penetration was done without consent from the victim.

As per the definition under the statute, two elements are of concern; penetration and consent. This means that in order for the prosecution to sustain the charge, they will need to prove that there was unlawful penetration and, at the same time, must go ahead and establish that the penetration was non-consensual.

Understandably, sexual battery encompasses different crimes such as statutory rape, sexual assault, and indecent assault. However, it is imperative to note that the penalties accompanying these offenses are distinct, and their severity depends on the underlying facts of the incident.

Some of the aggravating factors which are taken into consideration and which may affect the severity of the penalties include:

Florida statute 800.101 prohibits any person in authority from engaging in any sexual conduct or a romantic relationship with a student. Consequently, any person who violates this law is likely to be charged with a 2nd-degree felony that is punishable by a maximum of 15 years in prison and a fine of up to $ 10,000.

That said, when facing such charges, it is important to have a sexual offense Attorney who can help get the charges reduced or dropped altogether.

Indecent exposure is a type of crime that occurs when the alleged offender exposes their sexual organs in a vulgar or indecent manner in any public place or property. Florida’s statute Annotated 800.03 classifies the offense as a first-degree misdemeanor but is accompanied by stringent penalties.

Prostitution is a sex crime that is prosecuted in line with chapter 796 of the Florida statutes. Stated briefly, section 796.07 of Florida’s statute prohibits the Act of prostitution and solicitation of a prostitute.

In addition to criminalizing prostitution, section 796.07 also makes it an offense for a person to convert any private property into a house that facilitates the acts of prostitution. Strictly speaking, you may be prosecuted under section 796.06 if you are found to have rented premises for the purposes of running a prostitution ring.

As such, chapter 787.06 sets out to prohibit this crime by imposing stringent penalties on the offenders. Stated simply, if the offender is a parent or guardian of the victim, they will be charged with a life felony. A life felony attracts a maximum fine of $ 15,000 and life imprisonment.

On the other hand, if the offender brands the victim for the purposes of human trafficking, they will be charged with a 2nd-degree felony. Upon conviction, they will likely face a maximum of 15 years in prison and a fine of up to $ 10,000.

Child pornography is codified under Florida statutes Annotated 847.0135, 847.138, and 827.071. These provisions make it a criminal offense for a person to sell, promote, distribute, produce or possess any material which depicts any minor engaging in any sexual Act.

The crime is classified as a third-degree felony, and upon conviction, the offender is likely to face up to five years in prison and a maximum fine of $ 5,000.

However, stalking or communicating with a victim is a criminal offense. Put briefly, Florida statute 784.048 criminalizes stalking a victim and classifies the charge as a first-degree misdemeanor. This means the alleged offender will likely face a maximum of one year in prison and a fine not exceeding $ 1,000.

Similarly, if the alleged offender has previously been charged with sexual harassment, they will likely face stringent penalties. In such a case, the charge will be prosecuted as a third-degree felony that is punishable with a maximum of five years in prison and a fine not exceeding $ 5,000.

That said, each classification underscores the nature of the charge and the potential penalties imposed.

The following is an elucidation of the potential penalties accompanying each classification:

In addition to the criminal penalties, the offender could also qualify for diversion programs. However, this will depend on their prior criminal history.

Registration as a sex offender

Apart from the criminal penalties imposed by Florida’s criminal law statute, the Florida sexual predators Act also requires the offender to be registered as a sex offender or sexual predator. Furthermore, the statute may also prevent the registered offender from accessing the internet.

These restrictions are meant to ensure that the offender doesn’t commit additional acts of sexual violence.

Florida statute Annotated 775.215 provides residency restrictions for registered sexual offenders. This means that the offender is prohibited from residing in certain areas. For example, they cannot live near a school, park, or daycare.

How does the Prosecution in West Palm Beach handle sex crimes? 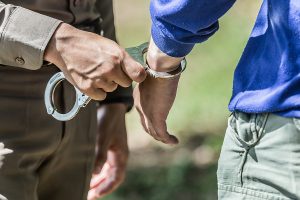 As noted earlier, sex crimes are prosecuted aggressively in West Palm Beach and the surrounding jurisdictions. This means that the prosecution will work hard to sustain a sex crime charge despite having insufficient evidence. Furthermore, prosecutorial bias towards the victim of the sexual assault is evident. As a consequence, the alleged offenders are likely to find themselves in a difficult situation where they are required to have a robust defense against the charges they are facing.

Often it might seem like the burden of proof in sex crime charges is on the accused. However, this is not the case. The prosecution must prove their case beyond reasonable doubt to succeed.

Admittedly, it is imperative to have a criminal defense attorney to help navigate the criminal justice system and ensure you secure a successful outcome.

Should you hire an attorney?

In light of the serious consequences associated with a sex crime charge, it is imperative to hire a competent and qualified criminal defense attorney. Essentially, an attorney will help safeguard your rights and interests throughout the criminal proceedings, and, at the same time, they will work hard to ensure that you avoid conviction.

Typically, an attorney will:

If you or your loved one is facing a sex crime charge in West Palm Beach, Florida, you must act promptly to safeguard your right. A sex crime charge is an incredibly serious matter that shouldn’t be taken lightly. For this reason, you need to hire a competent and qualified criminal defense attorney to help you.

At Meltzer & Bell, P.A, we have experience handling charges relating to sexual offenses in West Palm Beach and other surrounding jurisdictions in Florida. As such, we understand what it takes to succeed in your case.