Punishment for prostitution can escalate for every subsequent charge.

If you’ve been arrested for selling or buying sex, you can turn to a dedicated defense who can represent you. At Meltzer & Bell, P.A., we fight for the rights of people accused of prostitution, solicitation of prostitution, being in the prostitution business or sex trafficking.

No matter the charge, you will have an experienced attorney representing you. Also, the partners are also available to you 24 hours per day, seven days per week. Call us at (561) 557-8686 to set up a free consultation to discuss your charges.

Definition of Prostitution in Florida

Florida Statutes Annotated § 796.07 defines prostitution as a person allowing another to hire him or her for sexual activity. 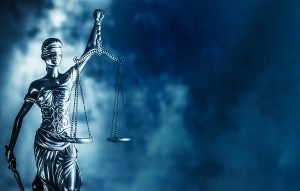 Under Florida Statutes Annotated § 796.07(f), it is illegal to solicit another to participate in prostitution. People who seek to hire prostitutes are often called “johns.”

It is important for people to understand that is illegal just to ask a person to participate in prostitution — even if the person the accused spoke to is not a prostitute. Sometimes, law enforcement will engage in “stings,” where an undercover officer will act as a prostitute. If a person agrees to pay for service, he or she may be charged with soliciting a prostitute.

Similar to solicitation, it is a crime to offer services, even if the services are not provided. Some sex workers are targeted in sting operations. Massage parlors are often targets of these.

Charges for Being a “Pimp” or Trafficking

If convicted of being in the business of prostitution other than being the person offering sex work, charges can be the same or worse. This includes if you are convicted of managing sex workers as a “pimp,” running a brothel or other establishment that offers sexual services or as a trafficker who brings people into and around the country to work as prostitutes.

For offering another for prostitution, agreeing to obtain sex services for another, owning or operating an establishment for the purpose of prostitution, soliciting people to act as sex workers, or otherwise aid, abet or participate in the business of sex work is the same offense as solicitation: a second degree misdemeanor for a first offense with greater charges for subsequent ones.

It is a third degree felony to knowingly receive support or maintenance from a person if the accused knows that the money came from prostitution (Florida Statutes Annotated § 796.05). It is a second degree misdemeanor for a first offense and a first degree misdemeanor for a second offense to knowingly rent space that will be used for prostitution (Florida Statutes Annotated § 796.06).

As with solicitation charges, any accusation involving a minor as a sex worker will cause charges to go up one level, unless the offense was already one specific to minors (like selling minors into prostitution).

Charges for prostitution and solicitation depend on the specific grading of the offense:

Charges will remain on your record. Unfortunately, even though many people begin sex work because they have few other opportunities or because they were forced to do so, there is heavy stigma for people charged with prostitution. You may have trouble finding a job, and landlords may be hesitant to rent to you.

A Palm Beach defense attorney may be able to help you avoid these consequences and that record. A lawyer can point out the reasonable doubt and seek to exclude damaging evidence that was illegally obtained.

The Polaris Project: This is an international organization combating slavery, including commercial sex trafficking.

If you are charge with any charged with any crime involving prostitution, including as a customer, sex worker or purpose in the business of prostitution, it’s important that you act quickly. Call a dedicated West Palm Beach prostitution lawyer at Meltzer & Bell, P.A. today. We are available 24 hours per day, seven days per week, and the sooner we get started, the better. Contact us at (561) 557-8686 to set up a consultation.