What We Know About the Robert Kraft Prostitution Scandal 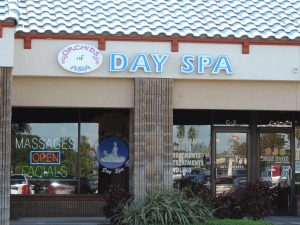 Robert Kraft along with 300 other people have arrest warrants issued for them for soliciting prostitution in Florida’s Treasure Coast. Florida police in multiple counties conducted coordinated sting operations to arrest men who visited massage parlors for illicit sexual services. Kraft was arrested in Jupiter, in Palm Beach County, an area known for its affluent community and its million-dollar playgrounds for the rich which includes President Trump’s Mar-a-Lago resort.

Palm Beach County police have claimed the operations were meant to stop human trafficking but there seems to be little evidence from the arrest affidavit that human trafficking was ever a concern for investigators.

In fact, none of the women who operated, Orchids of Asia Day Spa, the Asian massage parlor where Kraft was said to have frequented, were charged with human trafficking crimes.

Sharp then began his investigation of Orchids by searching through reviews of the establishment where patrons claimed sexual services were provided. Sharp relied on one website in particular, Rubmaps.com, a forum that specifically is meant to provide details and reviews for illicit massage parlors. Based on postings on that site that detailed clients paying for “hand jobs,” sharp began surveillance of the business.

His surveillance went for a week where he observed men enter the establishment and he logged how long they were inside.  After his week of surveillance, Sharp sent in a Florida Department of Health inspector to inspect the business. The health inspector noticed that there appeared to be two rooms with beds and dressers that appeared to indicate that women were living on the premises, the only oblique indication of human trafficking in the arrest affidavit.

Sharp and two other detectives then decided to conduct a “trash pull” where they rummaged through the dumpster behind the massage parlor looking for evidence. What they found was several white grocery store bags. According to Sharp, white grocery bags are a telltale sign of an illicit massage business.

Going through the bags, Sharp and his team found ripped up sheets of papers that seemed to be a ledger of some sort as well as several plastic napkins that “appeared to be covered in seminal fluid.” Sharp had the napkins tested and they were found to be positive for seminal fluid.

After a second trash pull, Sharp began another round of surveillance where he interviewed men leaving the establishment. Each of the men divulged that they had paid for and received sexual services inside the massage parlor.

Gathering this information lead to a search warrant that allowed for Sharp to secretly install video cameras in the Orchids of Asia Day Spa. For five days Sharp and his team watched men receiving sexual services in the spa and cataloged the encounters, all of which are in the report. Since the Johns are only described by their clothing, it is hard to tell which of the documented encounters was Kraft from the affidavit.

Kraft and the others who have warrants for their arrest or have been arrested already are being charged with solicitation of prostitution.

The attorneys of Meltzer and Bell are well experienced in prostitution offenses and several of our attorneys have already spoken to the media about what is the likely outcome for Mr. Kraft. Ari Goldberg, one of our attorneys who once was a Palm Beach county prosecutor explained that first time offenders arrested for solicitation are facing the lowest level misdemeanor in Florida. A second-level misdemeanor has a maximum punishment of 60 days in jail or a $500 fine.

Steven Bell, one of our named partners, explains further that in all likelihood Robert Kraft, who has no prior history and is a first time offender, will not plead guilty and will instead negotiate for a diversion program which may include community service, testing, and educational programs. As long as Mr. Kraft follows through with the program his charges will be dismissed.

If you have been arrested for a prostitution related offense, reach out to the attorneys of Meltzer and Bell to start your defense with experienced criminal litigators.