What to Do In case of Multiple DUI Charges? 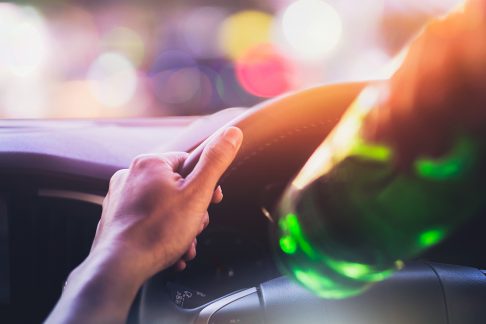 Driving under the influence is a grievous offense in the United States. The offense attracts possible imprisonment, penalties, and license suspension. For example, in Florida State, a 4th or subsequent conviction is treated as a third-degree felony. It attracts a fine of up to $5000, 5 years jail term, and vehicle immobilization for 90 days. These harsh terms aim at reducing the increasing DUI-related deaths.

If you are already caught in the trap of first or multiple DUI charges, the consequences can frustrate you if proven guilty. Other than the fines and a possible jail term, you may end up with a criminal record that will hurt your reputation for the rest of your life. Considering that subsequent DUI charges could even cause you to face felony charges, it’s critical that you engage a DUI attorney to help you. A powerful DUI attorney can significantly increase the chances that you come out on top.

Whether you’ve been charged with first or multiple DUI charges, we’ve discussed what that means in Florida State and what you need to do;

A person is charged with a DUI offense if they are suspected to be driving under the influence of drugs or alcohol. The drugs could be illegal, prescription, or over-the-counter. If law enforcement officers feel you are not in the right state of mind to drive, they may perform a ‘field sobriety test’ on you to confirm their assumptions. The officers may also seek your consent in order to carry out intoxication chemical tests on you if need be.

When performing a field sobriety test, the law enforcement officer will ask you to perform various tasks to assess your cognitive and physical ability. For instance, you could be asked to recite numbers 1-100 backward, or they could draw a straight line, and you’ll be asked to walk on it.

Also, they can use a breathalyzer to carry out a chemical test. A breathalyzer refers to a device used to measure blood alcohol level (BAL). You could be taken to the hospital for blood and urine tests. In Florida, you have the freedom to choose the type of chemical test you wish administered.

A first-time offense happens when you receive a DUI conviction for the first time or after ten years have passed since your last DUI conviction. But a second, third, or even fourth DUI conviction within ten years, since the first conviction falls under multiple DUI offenses. These attract serious penalties because the severity of the penalties depends on the number of offenses.

Essentially, Florida law takes into account every DUI offense committed in order to identify repeat offenses. This step is aimed at curbing drunk driving. Basically, according to the law, if ten years have ended since the offender’s last arrest, the subsequent offense is considered a first-time offense. However, a felony is excluded from the ten-year rule. You are considered to have multiple DUI offenses in case of the following;

If you receive a 4th DUI conviction, you will get into serious trouble with the criminal justice system. That’s because they may not file the case as a misdemeanor. Instead, it could be treated as a third-degree felony. And a felony attracts severe penalties. Here are instances when a DUI can be charged as a felony;

If you are convicted of a felony, even your subsequent DUI charges will be treated as felony DUI. That’s regardless of whether you committed a simple DUI and your felony conviction is past 10 or 20 years. Simply put, having a record of felony conviction means that you can never evade a felony charge.

A first or subsequent DUI charge can be considered simple if no one got injured during the car crash and you did not object to a chemical test following your arrest. Also, your BAC levels must be below 0.08%. You must not have drug containers in your car or be guilty of other traffic offenses, such as reckless driving or speeding.

However, your situation can get complicated if your record seems to go against all these factors. For instance, if you objected to a chemical test, your BAL was equal to or exceeded 0.15%, or the officer found drug containers in your vehicle, your case will be treated differently. Other red flags include speeding, injuring, or killing someone in the process. All these factors will be used against you during the proceeding. If found guilty, you could be subjected to a longer jail time, additional fines, and your license could be suspended for a longer period.

Whether your DUI charges are simple or complicated, a DUI attorney can help. With all the legal knowledge, they’ll strive to free you from the charges or have your penalties reduced in case you are convicted.

What are the Penalties for Multiple DUI Offenses?

In Florida, any DUI offense is serious, including the first, second, or even fourth. However, the penalties differ. First-time offenders’ penalties are more lenient but not friendly, and the worst penalties include being charged with a felony. In fact, drivers who get into an accident driving under the influence face even severe penalties such as stiff fines, suspension of license, and incarcerations.

In Florida State, if you are convicted with a second DUI and your blood alcohol level equals or exceeds 0.15%, you can pay a fine ranging from $1000 to $2000. The fine could get to $4000 if you were carrying a minor in your vehicle. Also, you could be imprisoned for 9 or 12 months if a minor is involved. Your driver’s license could be revoked for up to 5 years, especially if your second DUI charge conviction happens within five years from your first arrest.

The penalties will be intensified for a subsequent DUI conviction. For example, the minimum fine amount is $2,000, while $5000 is the maximum amount. The maximum imprisonment period is five years in case of prior driving under influence conviction before the end of 10 years from your first conviction.

In other scenarios, you may be subjected to a minimum fine of $4,000. Your vehicle can be impounded and an ignition interlock added to your car for about two years.

Once you are arrested for the first or subsequent DUI charges, you don’t necessarily have to give in to field sobriety tests. The law gives you room to refuse. You can object to a chemical test, but keep in mind that you’ll have your license revoked for ten days for refusing.

After arrest, the best thing to do is to look for a professional DUI attorney because they can devise a technique that can trigger a better outcome.

What to Do If Faced with Multiple DUI Charges?

In case of multiple DUI charges, you’ll face severe consequences if you get convicted. For example, you could go to prison, pay hefty fines, or your car may be impounded. Moreover, it can be taken from you entirely depending on the severity of your charges. If you go to prison, your freedom and job will be lost. Therefore, it’s necessary to seek legal help immediately after arrest. A DUI attorney will explain all the options you have to help reduce your charges and get a fairer judgment if found guilty.

With multiple DUI charges, you will need a skilled DUI attorney to build a great defense that can compel the judge to pass a more lenient judgment. The best legal firm offers free consultation services. So you can learn about the cost, discuss the options you have got, and more.

The penalties for a 1st or subsequent DUI offense are severe and can make your life impossible. It’s critical that you engage experts to help negotiate penalty terms with the court. A skilled DUI lawyer may devise a strategy that can lead to downgraded charges, a lesser fine, or a reduced jail term. If you are braving multiple drunk driving charges in West Palm Beach County or neighboring regions, Meltzer & Bell, P.A. lawyers can help. We are conversant with Florida DUI laws. Also, we strive to offer exceptional services to our clients on a full-time basis. Call us now to schedule a free consultation!