What to Do If You’re Charged With a Serious Crime 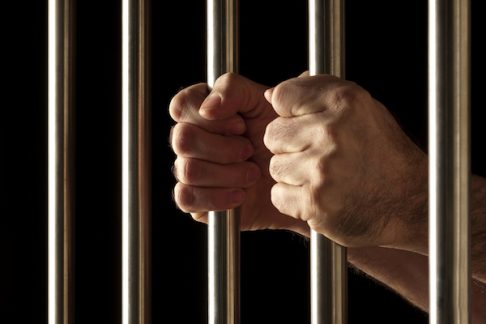 It can be very scary to be charged with a serious crime in Florida. You’re worried about what this means. Will you have to serve time behind bars? Do you need to pay expensive fines? Will you have to go on probation? Will your life ever be the same?

Though you’re worried right now – and rightfully so – there are steps you can take to ensure a better outcome and a brighter future ahead. Then, with the help of West Palm Beach criminal defense lawyers Meltzer & Bell, you can fight these charges and gain some peace of mind during this difficult time.

Here’s what you should do if you’ve been charged with a serious crime in Florida.

Remember You Have the Right to Remain Silent

When you get arrested and charged with a serious crime, the police need to read you your Miranda rights, which is the right to remain silent. If they fail to do this, then they could get into trouble because it could invalidate your case. Whether they read them or not, you should not say anything that could be used against you. If they ask you any questions or try to get information out of you, tell them you will not say anything without your lawyer being present. It’s important to treat the cops politely, even if they aren’t being nice to you.

Get in Touch With an Attorney ASAP

When you make your phone call, you’ll want to call an attorney or call a family member to get in touch with an attorney for you. If you do not call an attorney right away, then the cops or prosecutor could trap you in questioning and you’ll end up hurting your case. If you’ve never been arrested before, you may not know how the process works, and you could end up doing something that will have a negative impact on your future. Your lawyer will figure out the best strategy for your case and give you a fighting chance of winning, or, at the very least, having your charges reduced.

Don’t Use the Court-Appointed Attorney

If you’ve been charged with a serious crime in Florida or anywhere in the United States, the law says that you must be offered a court-appointed attorney if you do not have representation. While a free public defender may seem like a good option, it could end up being a bad thing.

While public defenders are just as skilled as private criminal defense lawyers in Florida, they are often overworked and handling many cases at once. This means they don’t have the time or energy to devote to your case. If you have questions, they may not be able to answer them or walk you through the legal process. They also might not have the time to think of a solid defense or consider other possibilities for your case. While you’ll have to pay for a criminal defense lawyer, it’ll end up being worth it because you may avoid a lifetime of trouble.

If you got pulled over for a serious drug or alcohol crime in Florida, like a DUI, then the cop may try to make you take a breathalyzer test or get you to do other kinds of drug and alcohol testing. If you have not been formally arrested, then you do not have to submit to drug and alcohol testing. It’s your right to politely refuse to do it. However, there is a caveat: After you’ve been arrested, you will need to submit to drug testing, or else your charges could be bumped up.

Inquire About Your Charges

You are allowed to know what charges you’re facing. If you are unaware of the charges, you can inquire about what exactly you’re being charged with so you know what course of action to take.

Take Notes on Your Arrest

While you’re behind bars or as soon as you get out, write down everything you remember about your arrest. You may be able to request a pen and paper in jail to write down your notes. This will be better because you’ll remember more details. Your notes could end up saving you if there was any wrongdoing on behalf of the cops or the prosecutor.

You’re eager to get out of jail as soon as possible. It’s a horrible place and you may be scared to spend time there, even if it’s just for a few days. Even if you can post bail and get out, however, you shouldn’t do anything until you contact your criminal defense lawyer.

Your criminal defense lawyer could let you know if the charges could be dropped at your arraignment. Then, you wouldn’t have to post bail. Additionally, they may be able to secure your release without you having to post bail or get your bail amount lowered so you don’t have to pay so much.

In a worst-case scenario, the judge may raise the bail when you go to your arraignment, and then you could go back into police custody. If you had paid a bail bondsman, then you would lose money.

Do Not Get in Touch With Anyone Involved in the Crime

Let’s say you were charged with rape. Even if you did nothing wrong and the rape charge is unjustified, you should not get in contact with the person you allegedly assaulted or anyone who knows them, like a family member or friend. In another scenario, if your friend was arrested for the same crime as you and the cops believe you were alleged accomplices, do not get in touch with your friend, either. If you reach out to anyone who is involved in your alleged crime, then you could face severe consequences. For example, your charges could be bumped up and you may get arrested again. It’s best to stay away and keep to yourself at this time.

Don’t Discuss Your Case With Anyone

Provide Your Lawyer With Evidence

If you have any evidence to support your side of the story, hand it over to your lawyer. For example, perhaps you were at work at the time an alleged robbery you were involved in happened. You can ask your employer to supply you with footage of you working on the surveillance camera when the alleged robbery occurred. You may also have witness statements from friends, family members, or colleagues who saw what happened, or photographs to show that you were nowhere near the crime scene. Phone records could be used in your case, too. If you need help collecting proof, you can ask your criminal defense lawyer to assist you.

As soon as you receive a notice to appear in court, tell your criminal defense lawyer. They may be able to appear in court for you. If you need to appear, they can give you crucial advice on what to say in the courtroom. If you miss your court date, it could have a negative effect on your case, so you need to stay on top of any notices that come in.

During this time, you may be panicking. This is totally normal. However, it isn’t necessary if you have the right criminal defense lawyer on your side. When you’re anxious and worried, you can’t think straight or logically about your case. Try to stay as calm as possible and think of rational solutions. Don’t get too overwhelmed; instead, put your case into the hands of your lawyer and be proactive about it. Ask questions and make sure your lawyer walks you through the legal process. Ask about possible outcomes and what effect your charges could have on your future if you are convicted. Don’t be afraid to reach out to your lawyer because their job is to serve you. You should be kept in the loop at all times.

Now that you know what to do if you’re charged with a serious crime in Florida, here is some information on how a criminal defense lawyer can assist you.

What a Criminal Defense Lawyer Can Do for You

When you’ve been charged with a serious crime, you may feel all alone. Nobody really understands what you’re going through or is willing to listen to your side of things. A criminal defense lawyer will hear you out when others won’t and be your support at this time. They will also work hard on your behalf no matter what and attempt to secure an ideal outcome for you.

Typically, criminal cases will end with a plea deal rather than going to court. It’s time-consuming and expensive to take a case to trial, and the criminal justice system is so backed up that prosecutors try to avoid going to court as much as possible. With a plea deal, your criminal defense lawyer will advise you to plead guilty to some or all of the charges in order to get your fees reduced or dropped. Then, you may face no repercussions for your charges, or you will not have to serve as much time in jail or prison or pay big fines. You may not have to go on probation either. It all depends on what your lawyer can arrange for you.

This could be huge. You could gain years of your life back since you won’t be behind bars. You could save money on fees. Also, you could have a more hopeful future ahead. If you have criminal charges on your record, you will not be able to get federal loans and grants to go to college, and you could have trouble renting an apartment or finding a job. Landlords may not want to rent to you and employers might be worried about hiring you.

With a lawyer on your side, you will have a much better chance of getting your charges reduced or dropped. It’s absolutely worth it to try for the sake of your future.

In one case, an 18-year-old client and his parents hired Meltzer & Bell for help with a DUI Crash Enhanced charge. In a breathalyzer test, his sample was nearly three times the legal limit. We made sure our client’s driver’s license suspension was invalidated. Then, we got the State Attorney’s office to agree to drop the DUI Crash Enhanced charge and allow our client to plea to Reckless Driving instead. He was placed on probation for Reckless Driving.

In another case, our client was arrested and charged with aggravated battery with a firearm for allegedly shooting his girlfriend in the hip. He was facing a mandatory 25-year prison sentence. Instead of 25 years in prison, we secured a sentence of six months in county jail, followed by one year of probation for our client.

If you’re facing serious criminal charges in Florida, Meltzer & Bell are ready to help you. Get in touch with these criminal defense lawyers in West Palm Beach today. All you need to do is call (561) 557-8686 or contact us online here to schedule your free case evaluation. We look forward to helping you with your case.