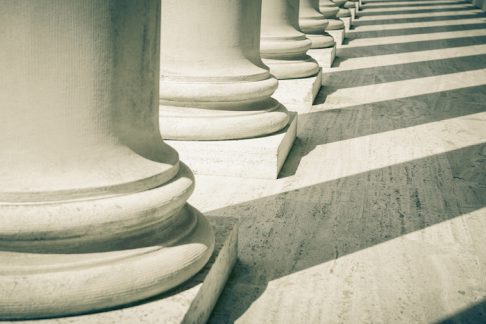 Sex crime allegations are taken very seriously in West Palm Beach, and in addition to facing social stigma, you also risk harsh criminal penalties. Such offenses lead to hefty crimes, incarceration, and long-lasting impacts such as being registered on the sex offenders registry. Most sex crime cases go to trial because they are usually associated with multifaceted and specific issues.

Sex crimes range from verbal sexual assault to rape and occur when the other party doesn’t consent to acts of sexual nature. The victim files a complaint, and evidence is collected, including DNA. After thoroughly investigating the case, the prosecutor and the police then consider several aspects, including the victim’s age, use of force, the mental ability of the complainant, etc., to determine the classification of the offense.

What Are the Federal Sentencing Guidelines?

Federal Sentencing Guidelines are meant to regulate and oversee all federal criminal cases. They are like an intricate system that specifies the appropriate sentences for various crimes in the federal system. While some people consider these guidelines as complicated, they are easy to understand.

They include a grid table with a horizontal axis representing the criminal history and a vertical axis for the offense levels that are also defined as points. It’s important to note that every federal offense has a specific number of points assigned to it, and these points are adjusted based on the mitigation and aggravating factors.

If your criminal history and offense level has already been determined, the judge will use this sentencing table to establish the relevant sentencing guidelines.

Does a Judge Have to Abide by These Sentencing Guidelines?

The judge is supposed to hand down the final verdict based on the sentencing grid. There are instances, however, where the judge fails to abide by these guidelines and instead gives higher or lower sentencing based on the aggravating or mitigating factors.

The judge uses the mitigating factors to give a verdict or sentencing that is lower than the proposed minimum. These factors include;

Aggravating factors, on the other hand, are used to increase the sentence over the proposed maximum. They include;

It’s important to note that the judges are at liberty to deliberate the unique details of sex crime charges and give verdicts that are not within the proposed range. Some of the factors that they consider in their sentencing include the accused’s behavior before, during, and after the offense.

If you’re unsure of how severe your sex crime charges are, it’s important that you contact an experienced lawyer. They will help you understand whether you’ll be facing felony or misdemeanor sex charges.

What Are the Main Classifications of Sexual Offenses? 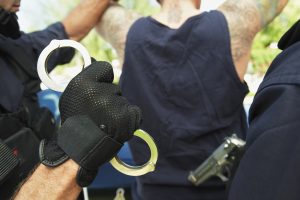 There are 3 main classifications of sex crime charges based on their level of severity. Mild crimes are referred to as infractions; serious ones are misdemeanors, while highly aggravating ones are referred to as felonies. These classifications determine the procedure of your sex crime charges and impact your sentencing, which is why you should understand their differences.

For misdemeanors, the main penalties are a prison sentence of not more than 12 months and hefty fines. Felonies, on the other hand, are very severe and could even be punishable by life imprisonment. They are classified into 4 classes; A, B, C, and D. The first classes are usually the most serious and usually receive the harshest verdicts. Here’s a quick overview of sex crime charges felonies and their possible senses under 18 U.S. Code § 3559.

Class A felonies are usually reserved for the most atrocious crimes, including involuntary servitude of a minor and kidnapping in the first degree. For sex crimes to appear in this crime, they must have resulted in the victim’s death, caused the victim serious bodily harm, or were committed using weapons.

Sex offenses in this category include;

This class has the most severe penalties, including life imprisonment in federal prison, heavy fines of up to $250,000, and sometimes the death penalty.

Class B Felony includes serious sex crimes that are not severe. However, crimes in this classification also carry tough punishments, including heavy fines and/or long prison sentences. Sex offenders under ths category risk penalties such as heavy fines not exceeding $250,000 and /or prison sentences of less than 25 years but more than 10 years. If you’re convicted under this class, you risk life-long repercussions such as strict supervision in the form of parole or probation and a permanent mark on your record. You also risk detaching from your family due to the long prison sentence.

It’s important to note that the prosecution often recommends a verdict based on your criminal history and the unique details of the offense. The judge also has discretionary authority and may give you a lesser penalty based on the mitigating conditions. In some situations, however, you may get a harsher penalty, especially if there are aggravating factors such as previous convictions and using deadly weapons during the sex crime.

Sex crimes under this classification are less serious compared to class A and Class B, but they also carry lengthy prison sentences. This is especially true if there are aggravating factors involved, particularly prior convictions. Anyone charged with sexual crimes against a person who’s 18 years and above will likely be charged under this classification. The standard penalties for class C felonies are a hefty fine of up to $250,000 and/ or 10+ years prison sentence but not exceeding 25 years.

Sex crimes under Class D felonies are the least serious and aren’t considered violent or dangerous acts. This classification, however, also carries harsh sentencing, including probation under strict circumstances, lengthy prison sentences, and heavy fines. You should also note that this classification also has long-lasting impacts, and even when you’re done serving your sentence, you’ll still feel the impacts. For instance, you may not be able to get a decent job, and you could lose visitation privileges to your children.

Sex crime offenses in this classification include indecent public exposure, urinating in public spaces, and solicitation. The penalties include a maximum of 5 years probation, 5 years maximum stay in prison, and fines of up to $250,000.

What Are the Legal Penalties for Misdemeanor Classes?

Misdemeanors are classified into 3 classifications based on their severity; A, Class B, and Class C.

Sex crimes under this classification have the most serious consequences, which means that you’re likely to attract higher fines compared to ensuing classes. The penalties for Class A misdemeanors include a fine of up to $100,000, a prison sentence of 6 months to a year, and probation between 0 to 5 years.

Examples of sex crimes under this classification include the distribution of obscene materials using cable or broadcasting inappropriate content on subscription TV. It’s important to note that if you’re charged under this class, the misdemeanor remains in your record until it’s expunged or sealed, and this is dependent on the severity of your offense.

Class C Misdemeanor sex crimes can result in penalties of up to $5000 in fines and a prison term of more than 5 days but less than 30 days.

You should note that if your sex crime misdemeanor results in the death of the victim, the fines are increased to $250,000.

What Are the Civil Liabilities and Convictions for Federal Convictions?

In addition to the penalties highlighted above, if you’re convicted under a Class A felony, you could suffer civil consequences including; jury duty restrictions, https://www.meltzerandbell.com/news/driving-while-license-suspended-charges-in-florida/loss of driving privileges, the right to vote, visitation privileges or child custody, occupational, licenses and the right to own a firearm.

The victim may also sue you for compensation based on emotional trauma, injuries sustained during the crime, pain & suffering, property damage, and lost wages.

The bias against sex crime is severe, and the public will be quick to judge you. The federal penalties are also harsh and severe with is why you should seek legal advice from an experienced West Palm Beach sex crime attorney. Your freedom and future are at stake, and you’ll need a seasoned lawyer fighting by your side. If you’re unsure of how to proceed, contact us today for an engaging consultation.