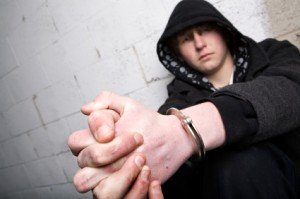 City police told the Post that the teenager stole a 2011 Volkswagen Jetta at gunpoint on the night of September 4 before leading police on a chase that exceeded speeds of 100 mph. A 31-year-old man told police investigators that the teenager was accompanied by a man in his 40s who climbed into the passenger seat, but the Post said the arrest report neither identified the teenager’s accomplice nor whether that person had been arrested.

The car chase ended in the area of Seventh Street and Division Avenue, according to the Post. The teenager and his accomplice got out of the vehicle and ran, but police K-9 and helicopter units canvassed the area and found the teenager hiding in the backyard of a home. The Post reported that the Volkswagen positively identified the teenager as the carjacker.

According to the post, the 17-year-old is among more than a dozen Palm Beach County juveniles to be transferred to the adult court system in the past year after being charged with carjacking.

Minors may have their criminal cases transferred from the juvenile justice system to the adult court in the following circumstances:

In a 2014 report, the international non-governmental human rights organization Human Rights Watch said 98 percent of all children who ended up in the adult court system did so as the result of Florida’s direct file statute. The review found that more than 12,000 children were moved from the juvenile to adult court system in the preceding five years—more than half of whom were charged with non-violent crimes.

The juvenile justice system is a much more preferable venue for alleged offenders because it often focuses more on rehabilitation than punishment for juvenile charges. If you or your child has been arrested for any kind of criminal offense in Palm Beach County, you will want to immediately seek the help of the experienced Palm Beach criminal defense attorneys at Meltzer & Bell, P.A.