Solicitation of a Child in Florida 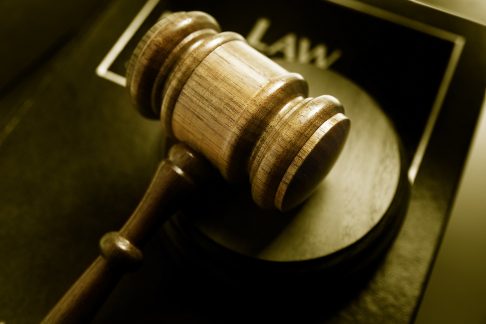 The solicitation of a minor is a serious offense in Florida and the United States. Any attempt to entice a child to engage in a sexual act is a serious criminal offense, and the federal government has strict punishments for convicted offenders.

While many people think physical touch is the only way to get convicted for a sexual offense, physical contact is not necessary. The crime of solicitation of a child in Florida means you can be arrested for organizing or attempting to meet a minor, regardless of whether you physically meet them. An offense happens when you attempt to solicit any underage person or a person you believed to be underage (even if the person is not a minor).

The solicitation of a minor is a federal crime. According to federal laws, it is illegal for a person to recruit, pressure, entice or harbor a minor for sexual activity such as pornography or commercial sex activity.

If you are convicted or being investigated for a sex crime, you need a sex crime attorney to work with you. Sex crime lawyers understand the law, your rights, and protection in federal sex crime litigation.

On its own, the word solicitation does not refer to a crime. It generally describes the act of attempting to purchase goods or ask for a service. Legally, solicitation is the act of asking, enticing, requesting, or persuading a person to commit an illegal act.

Since the solicitation of a minor violates federal and state laws, if you are found guilty of a sexual offense to a minor, you may be convicted both at the federal and Florida state level. You may be tried concurrently for aggravated sex crimes in the federal courts and less severe sex offenses in the Florida criminal courts.

What should I know about the solicitation of a minor? True or False

The age of a minor is set at the state level: False. In federal sex crimes such as the solicitation of a minor, the federal law applies to adult age. In most cases, under 18 years is a minor and therefore cannot give consent. However, some circumstances, such as Section 2425, define a minor as a person under 16 years of age.

Illegal sexual activity is only limited to sex acts: False. Sex acts with a minor are illegal. These include penal, vaginal, or contact with any other body cavity, hands, and foreign objects. However, physical contact is not required for sexual activity to be illicit.

In addition, the portrayal of a child in a sexual manner, such as child pornography, photographs, and videos, and transmitting the content to encourage sexual arousal is illegal.

What happens if I am a party to the solicitation of a minor?

Any person can be an offender as long as the offended party is a minor under 18 years. There can also be one or more offenders. If you participate, you will be convicted.

Solicitation of a Minor: Federal and State Laws 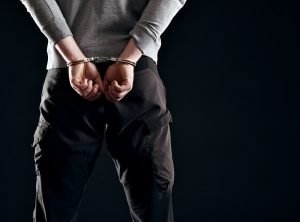 A person is guilty of coercion and enticement of a minor if their acts are at per with this section.

Under this section, any person that knowingly entices or coerces a minor or attempts to transport them interstate to engage in prostitution or illegal sexual activity;

Or any person that uses a medium such as text, email, or the internet to knowingly persuade, entice or coerce a minor to engage in sexual activity is guilty of coercion and enticement of a minor.

Under this section, you are guilty of illegal sexual activity with a minor if;

If you knowingly participate in the transportation of a minor within the state or interstate to engage in illegal sexual acts;

Or travel across the state or interstate to engage in sexual activity with a minor.

This section prohibits the use of communication facilities such as the internet or mail to transmit personal details about minors in Florida and interstate. The personal information includes names, addresses, phone numbers, social security numbers, and emails. The information can be used to entice or persuade a minor to commit illegal sexual acts.

This section stands apart from others in terms of age. A minor should be below 16 years instead of 18 years for the offense to occur.

Florida Statute Section 796.001 states that any adult that engages in solicitation with a minor should be prosecuted according to the laws in the state.

Section 796.06: It is illegal to rent a space to use it for lewdness or prostitution. Any person that commits this offense is guilty of a misdemeanor of the first degree or a felony of the third degree for a repetition of the same offense. In addition, these crimes are punishable as prescribed in Section 775.082, 775.083, and 775.084.

Section 794.011: This section sets the parameters for the conviction of solicitation of a minor. First, the victim of the crime should be under 18 years or was under 18 years when the offense happened.

Second, the defendant should have committed a sexual offense such as sexual battery against the victim. However, it should be noted that a minor cannot consent to a sexual act. Therefore, alleging that a minor was willing to participate is not a valid defense.

Common Defenses for the Solicitation of a Child

If you have been accused of solicitation of a minor in Florida, there are several defenses your Florida sex crime attorney may use to defend your interests.

False accusation: This defense means that you are not guilty and didn’t commit the sexual offense you are accused of. This defense can apply in instances where a minor is pressured to accuse you falsely. Also, if a person uses your personally identifiable information (PII) such as your name, email address, IP address, and accounts to solicit a minor and hide their actions.

Good faith belief of age: This defense means that you had sufficient reasons to believe that the person was above 18 years. Unfortunately, the burden of proof is on you.

Mental instability: This defense applies when you are mentally unstable and incapable of making a sound decision or preventing participation.

Proof of elements: This is defense calls for evidence of sexual acts committed by the defendant against the victim. The elements that need proofing may vary but include sexual touch, sexual penetration, force, sexual gratification, among others.

Unintended possession: This defense applies when you accidentally possessed child pornography, such as accidentally clicking on a website.

Facing a solicitation of a child accusation is stressful. Our dedicated defense team defends the rights of people that are charged or under investigation for sex offenses. We handle all cases, from investigation to preliminary hearings and trials. Contact Meltzer & Bell, P.A., for a free case evaluation with a criminal trial lawyer in Florida.