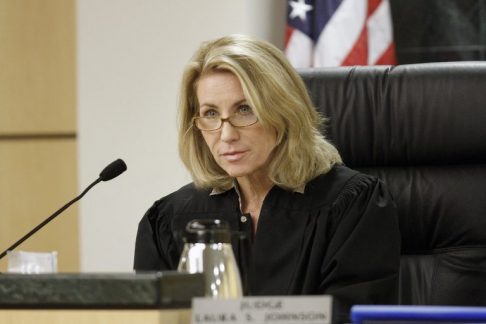 Patient brokering at drug treatment centers has become an ongoing issue in the state of Florida. Investigations led by several news outlets have uncovered the real crooked nature of these centers such as the practices at Whole Life Recovery. This has led to numerous legislative attempts to deter large patient-brokering operations, which is a type of healthcare fraud.

Many treatment centers hire “body brokers,” which are people who are paid to look for addicts. These “junkie hunters” are compensated for referring potential patients to their treatment centers. Once the center has admitted the unaware addict, they can then charge their insurance company outrageous rates. Some have even reported drug tests ordered by treatment centers to cost $5,600.

In 2018, State Attorney David Aronberg responded to this issue with the Florida Patient Brokering Act. The new legislation has led to numerous arrests and convictions, which caused a number of drug treatment centers to close their doors.

Since Aronberg’s act, numerous notable drug treatment centers have been linked to patient brokering. Additionally, the act may have also led to a decline in fatal drug overdoses. Aronberg recently presented data from the Palm Beach County Medical Examiner. The data demonstrated a decrease in fatal drug overdoses from 2017 to 2018. The report states the number of opioid-related deaths in Palm Beach had dropped from 588 in 2017 to 326 in 2018.

While the operation has been successful, it comes with some challenges. Some offenders have argued they were unaware of Florida’s patient brokering laws because they’re so new. Others state they were given bad counsel from attorneys when setting up their drug treatment centers. However, the current statute does not list ignorance of the law as an admissible defense. Now, a new ruling by Palm Beach County Circuit Judge Laura Johnson may drastically change David Aronberg’s plans.

What Does the Ruling Mean

Kigar is now facing a total of 95 counts linked to patient brokering and other relevant crimes. He has pleaded not guilty by stating he was unaware of Florida’s patient brokering laws. Kigar claims he was wrongly informed by his attorney to pay kickbacks for referrals. Judge Laura Johnson responded to this case with a controversial ruling.

Johnson stated in a six-page order that, “A defendant may assert the advice of counsel defense when charged with violations of the Florida Patient Brokering statute.” She also ruled the prosecution must prove beyond a reasonable doubt the defendant was aware their actions were illegal.

Judge Johnson’s ruling is based on a legal term called “mens rea,” which states a person must know what they’re doing is wrong to be charged with a crime. The ruling basically states the defendant must have intended to commit a crime. This is controversial because the issue of intent isn’t included in the current Florida Patient Brokering Act.

Judge Johnson’s new standard could undo many prosecutions sought under David Aronberg. A defendant could escape criminal charges if they’re able to prove the crime was unintentional. The ruling may also drastically change the path of Kigar’s case, which was looking grim beforehand.

The Impact of Judge Johnson’s Ruling

Johnson’s ruling could tremendously affect David Aronberg’s Sober Homes Task Force. It may lead to a number of appeals and dismissals for previous patient brokering cases in the Palm Beach area. In addition, it may establish a new standard in how the State Attorney can prosecute future kickback cases involving drug treatment centers.

Assistant State Attorney Justin Chapman plans to ask Judge Johnson to reconsider her decision. If she denies the request, Chapman may file an appeal with the Fourth District Court. However, there’s been no word of that from the State Attorney’s Office.

Many are hoping the appellate court will untangle Johnson’s ruling to decide the fate of future patient-brokering cases. If Judge Johnson retains her ruling, prosecutors will have a much harder time convicting a person of patient brokering. People who have taken bad advice or were unaware of Florida’s patient-brokering laws will not be legally punished for the crime.