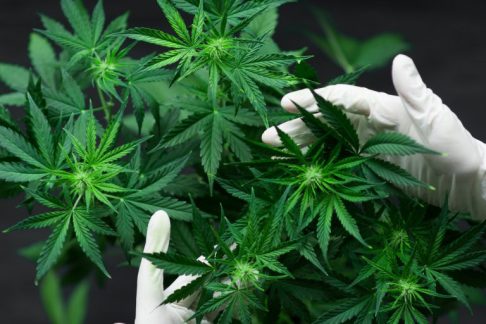 The prohibition against cannabis is quickly eroding in the United States to the point that law enforcement agencies are now having problems arresting people for marijuana crimes. While marijuana remains illegal at the federal level, hemp has been recently legalized across the country which makes Palm Beach’s police’s strategy of making ‘sniff and search’ arrests will no longer be viable. Anyone arrested for a marijuana offense or arrested based on an officer smelling marijuana should reach out to Meltzer and Bell P.A. at (561) 557-8686.

Police have traditionally made marijuana arrests based on seeing the drug and more importantly smelling the drug. The pungent odor of the drug used to be a giveaway that gave officers probable cause to conduct a warrantless search. The problem is hemp looks and smells identical to marijuana.

Hemp and marijuana are both derived from the cannabis sativa plant, the difference being, for legal purposes, the concentration of THC. THC is the psychoactive element of cannabis that produces a “high” sensation. In hemp the level of THC is negligible, and is now defined by law as having less than .3 percent THC. Any cannabis plant with over .3 percent THC will be considered illegal marijuana.

“We will not be able to prosecute any marijuana or THC oil cases without a test from an accredited lab indicating that the THC content is over .3 percent”

Since there are no law enforcement labs currently set up to distinguish between hemp and marijuana, this memo is essentially a directive to stop making marijuana arrests based on probable cause due to smell. That is, it will be much more difficult for cops to make an arrest based on smelling marijuana since they will not be able to prove that it is marijuana and not hemp.

If you have been arrested for a marijuana related offense or if you have been stopped and searched based on the smell of marijuana, you need to reach out to Meltzer and Bell P.A. at (561) 500-5000.