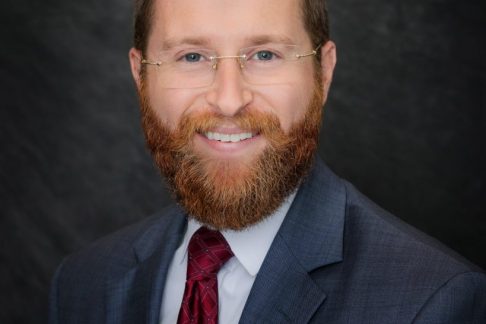 Meltzer & Bell, P.A. is pleased to announce attorney Ari S. Goldberg as its newest partner.  Ari’s been with Meltzer & Bell since 2015 and currently works out of the Palm Beach County office.  Before coming to Meltzer and Bell, Ari worked as an Assistant State Attorney at the same office where his wife, Victoria, is currently employed as a prosecutor.  In addition to his responsibilities with the firm, Ari teaches at Florida International University School of Law as an adjunct professor of trial advocacy.  He graduated from FIU Law in 2012 as Valedictorian.  He and Vicky live in West Palm Beach with their beautiful son Benjamin and beloved dog, Winston.  We wish Ari the best of luck as he continues to defend the criminally-accused throughout the State of Florida.  Congratulations on this much deserved promotion!

Ari Goldberg got his start at Florida International University College of Law (otherwise known as FIU law). During his time there, he made the Dean’s List every semester and graduated as Valedictorian of his class. He was hired by the State Attorney’s Office and was assigned to the County Court Trial Division as a Lead Attorney. Throughout his stay at the State Attorney’s Office, Goldberg handled hundreds of cases and supervised many assistant state attorneys.

His career then took him to the County Court Appellate Division. The office delegated Goldberg to handle County-to-Circuit appeals and he was the only assistant state attorney to do so. He then went on to write initial, answer and reply briefs, writs and post-conviction motions regularly. This experience gave Goldberg a thorough understanding of the prosecution’s side and gave him an in-depth knowledge on both appellate and trial court.

Before he left the State Attorney’s Office Goldberg was promoted to Felony Trial Division. Here he handled hundreds of felony cases, in which many were for second- and first-degree felonies. Ari was then hired by the team at Meltzer & Bell and has worked diligently on dozens of cases since then with excellence. We are proud to welcome him to the managing side and announce Attorney Ari Goldberg as a new partner with Meltzer & Bell, P.A.