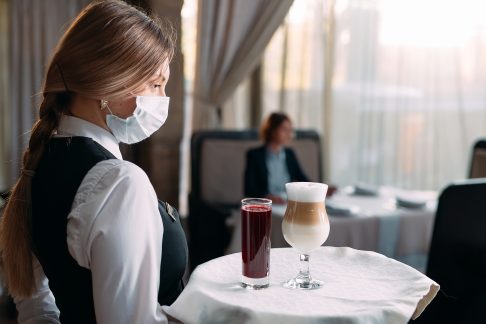 On January 22nd, Palm Beach County commissioners voted 7-0 requiring masks to be worn in public indoor spaces or outdoor spaces where social distancing isn’t possible. The commissioners passed the ordinance despite the unrelenting crowd of constituents without masks. The vote was met with outrage as people hurled insults, threats and claimed the board had violated the U.S. Constitution. However, this has not changed the minds of those who support the order. Even Vice Mayor Robert Weinroth who didn’t initially embrace the order has reasoned that the ordinance is necessary stating: “I hate the idea of talking about mandatory face coverings. It goes against my grain, but the numbers this week were just out of this world.”

The numbers Weinroth is referring to is the unexpected surge of recorded COVID-19 cases that were reported in Florida this week. On June 24th, the state had broken a record with 5,508 cases recorded in one day. Then on June 26th the state of Florida broke its own record for a second time with 8,942 recorded cases popping up overnight. Palm Beach County is unfortunately one of the 13 counties with the highest number of cases in the state. The county had reported 356 cases on June 25th and only two days later that number was bumped up to 658 cases total.

The Palm Beach County Commission is implementing a new mask ordinance in hopes it slows the spread of COVID-19. The reason for this is because facial coverings block small droplets from the nose or mouth when a person talks, coughs, breathes or sneezes. COVID-19 is regularly transmitted through these small droplets so when a person wears a face mask the risk of transmission is lowered significantly. The commission hopes that if the public wears these masks in enclosed spaces the transmission rate of COVID-19 will reduce enough so the state can move onto phase 3 of the economic recovery plan. Verdenia Baker, the Palm Beach County Administrator went on to state that “We’re trying to balance the health and safety of our residents with also allowing them to work and have businesses open… If we want that then we need to wear the face masks and hopefully that will also help us flatten the curve.”

Palm Beach County is the last of South Florida counties to issue the countywide mandate with both Broward and Miami-Dade implementing their mask mandates in April. The order mimics Miami-Dade and Broward’s ordinances by allowing a few exceptions. These include those with medical or religious reasons to not wear a mask and children under the age of two years old. Masks are also not required in situations where physical activities are being performed such as running or swimming.

Although the ordinance has passed, that doesn’t mean it couldn’t be amended or repealed. Louis Leo IV, an attorney and the founder of the Florida Civil Rights Coalition, has filed a lawsuit against Palm Beach County for the mandate. He states that “They don’t have the authority to do it, that’s one issue but it’s also unconstitutional,” said Leo IV. “It violates the right to privacy which is protected by the Florida Constitution, Article 1, Section 23 and that includes the right of self-determination and the right to not only choose but to refuse medical treatments.” Leo claims that the mandate is not scientific and supported his claim by stating the Surgeon General recently published an advisory which did not require facial coverings. He states that the facial covering is a CDC and federal recommendation, but it shouldn’t be written into law.

Failure to wear the masks will result in a verbal warning from law enforcement or other code enforcement agencies. If that warning is ignored, a civil citation of up to $250 will be issued in response to the violation. A second or subsequent violation will lead to a fine of up to $500. What’s even more concerning is the fact the mask mandate will make it much easier for law enforcement to stop others without reasonable justification. It’s possible a warning about masks could turn into a criminal investigation if the officer suspects another crime has taken place.

If you need legal representation, our advice is to consult Meltzer & Bell, P.A.. We have been practicing criminal defense for years and want to utilize our skills for your case. Get in contact with us now at (561) 557-8686 to set up your first consultation. Our lawyers at Meltzer & Bell, P.A. represent people throughout the greater Palm Beach County area including West Palm Beach, Boca Raton, Delray Beach, Boynton Beach, Jupiter and Palm Springs.