Meltzer and Bell, PA remains committed to the people of South Florida during this very difficult time. Please know that we are open and will remain so 24 hours a day, seven days a week to those in our community who need our help.
Skip to content FREE CONSULTATION: (561) 557-8686

Did You Know Wearing a Face Mask is Technically Illegal in FL? 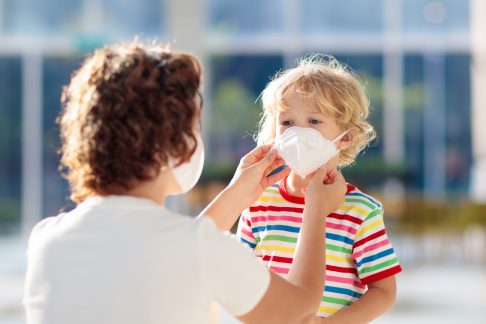 In late February, the United States was hit with a conflict Americans had never faced before. The coronavirus, an influenza type virus that has a high fatal rate, spread over to the U.S. and began to travel through every part of the country including Florida. For the past few months Floridians have suffered due to the COVID-19 health crisis without much ability to fight it other than wearing preventive measures, such as face masks.

The Center for Disease Control and Prevention (CDC) proclaimed sometime in March that if possible, everyone should secure a face mask and wear it when in public. This has led to an explosion of face mask manufacturing and sale around the state of Florida. It’s common to see Floridians in Publix or a pharmacy wearing face masks as they live their daily lives.

While it’s best to follow what the CDC says, it’s important to know that wearing a mask in public is technically illegal in Florida. The Florida Statutes Section 876.12 states that “no person or persons over 16 years of age shall, while wearing any mask, hood or device, whereby any portion of the face is so hidden, concealed, or covered as to conceal the identity of the wearer, enter upon, or be or appear upon any lane, road, street, highway or public way of the state.”

Violating the mask ban is a second-degree misdemeanor, which punishable by up to 60 days in jail. The law doesn’t specify any exceptions such as Virginia, who states that all masks are banned except those worn for “bona fide medical reasons.” Florida’s law also doesn’t require intent to conceal one’s identity to be convicted. Essentially, if you are wearing a mask and are over the age of 16 you are at risk of being arrested even if it’s for the COVID-19 crisis.

The anti-mask ban was implemented in Florida during the height of the de-segregation movement in 1951. It was passed in an attempt to discourage the racist movements of the Ku Klux Klan (KKK) at the time. It was revised in 1981 and now stands in place for those intending to avoid being identified while committing a crime. It hasn’t been reviewed since.

Florida is one of 18 states with a mask ban, which includes Georgia. However, Governor Brian Kemp recognized this issue and has signed an executive order that exempts wearing a mask for coronavirus protection. Ron DeSantis has made no mention of signing an executive order as of yet, but if he did that would sooner remedy the issue.

Although it’s unlikely you will be arrested for wearing a face mask, the situation proves that vague and excessive broad criminal laws give law enforcement wide discretion. It demonstrates legislation that doesn’t give specific elements or require a type of intent to a crime can backfire.  Now, police officers could technically arrest hordes of Floridians for wearing face masks used to protect their health. These arrested citizens will have to secure a defense and pay thousands of dollars to simply clear their name of charges that weren’t constitutional in the first place. It’s clear more reasoning and thought needs to be put into bills before they are passed so the Florida government can avoid issues such as this.