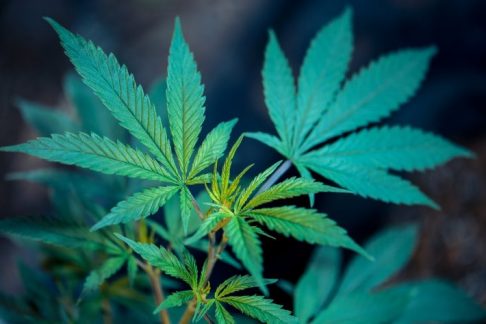 In 2016, Amendment 2 or the Florida Medical Marijuana Legalization Initiative was approved into law by voters. The legislation allows Floridians to use medicinal cannabis for certain conditions such as glaucoma, epilepsy and human immunodeficiency virus (HIV). Although Amendment 2 legalized medical marijuana, it still doesn’t allow patients to smoke it.

Currently, Florida law only permits patients to consume marijuana in four ways. You can ingest cannabis pills, use tincture forms, apply a topical cream or inhale the substance through a vaporizer. Unfortunately, Florida still has a smoking ban on all medical marijuana products. It’s impossible to buy cannabis in pre-rolled cigarettes or as a whole-flower from a dispensary.

Now, Florida governor Ron DeSantis is giving legislation an ultimatum. He’s threatened to drop the state’s appeal of a court decision which found the smoking ban violated a constitutional amendment. The republican governor has given lawmakers a deadline to fully address the issue, or he’ll drop the appeal altogether. The court must determine if the smoking ban is unconstitutional or not by March 15th, which is 10 days after the annual legislative session begins.

Many medical marijuana patients wish they had access to smokable cannabis products. The reason for this is because of the different effect smoking marijuana has in comparison with vaping or ingesting it orally. When you smoke marijuana, you’re burning the whole plant. Therefore, all the chemical compounds and terpenes found in the cannabis will turn into an inhalable smoke.

Vaping or ingesting marijuana orally creates a different outcome. If you’re vaping, then you’re consuming whatever compounds of the plant the manufacturer put into the oil. This means you may not be as affected by vaporizing as you would if you smoked the whole-flower. Orally ingesting marijuana is effective but can take up to an hour to finally work.

How Likely Is It Florida Will Lift the Smoking Ban?

Lifting the smoking ban on medical marijuana is a hot topic on Florida’s Capitol Hill. Senate Bill 182 (SB 182) has already undergone some changes since its proposal on February 13th, 2019. Originally, doctors were required to have a “case review panel” before they’re able to order smokable marijuana products for patients. The doctor would be required to attend a panel run by the Board of Medicine to determine if their patient requires smokable medical cannabis.

This was withdrawn, however, when Representative Ray Rodrigues offered an alternative proposal. Instead, doctors would provide documentation which proves the patient would benefit from smoking medical marijuana. The doctor would then be required to submit these documents to the state Board of Medicine rather than appear in front of a case review panel.

Rodrigues’s amendment also requires dispensaries to sell smokable marijuana in pre-rolled cigarettes. If implemented, the amendment would ban patients younger than the age of 18 years old from smoking medicinal cannabis. Both of these provisions were added to address concerns about the negative health effects associated with smoking.

The sponsor of the bill, Senator Jeff Brandes, added an amendment to the bill. Children who wish to smoke medical marijuana must obtain approval from a pediatrician. The only exception to this is if they’re terminally ill. Additionally, Brandes’s amendment would allow people in nursing homes, hospices, and assisted living facilities to smoke medical cannabis.

The subject of smokable medicinal marijuana is a hot topic with a possible resolution in sight. Jeff Brandes stated to The News Service of Florida after the Senate committee meeting, “We’ll ultimately find a place to land this… I think the March 15th deadline no longer seems out of reach.” The bill may seen controversial, but it has a lot of unexpected support. There’s a large likelihood that smokable medical cannabis may be on the market within the next year.