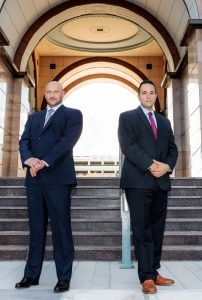 It is an honor to announce that Lawrence Meltzer and Steven Bell have committed to being Life Members of the National Association of Criminal Defense Lawyers (NACDL). Founded in 1958 the NACDL prides itself on protecting the rights of Americans. The NACDL believes in a fair and just judicial system that caters to every economic class and social status. Members of the NACDL commit to supporting the due process rights for anyone accused of a crime. They also uphold a high level of integrity for the criminal defense profession, and always promote the fair direction of the criminal justice system.

The NACDL is also highlighted by thousands of esteemed private lawyers, public defenders, military defense counsel members, judges, and law professors. This acclaimed membership has now been made into a lifetime calling for Mr. Bell and Mr. Meltzer so that they may advance the cause of protecting legal rights for the criminally accused for years and years to come.

The NACDL’s motto, “Liberty’s Last Champion” is the epitome of what Meltzer and Bell, P.A. hold true. The law firm has been a beacon of light for countless South Floridians facing all types of legal battles. Meltzer and Bell, P.A. understands that the criminal justice system is one that should be handled with the upmost respect not only in regards to the judicial court system, but also for each and every individual that is preparing to face legal actions. Steven and Lawrence promise to preserve their criminal justice standards and to always serve with the equal, sensible, and civilized care one should count on.