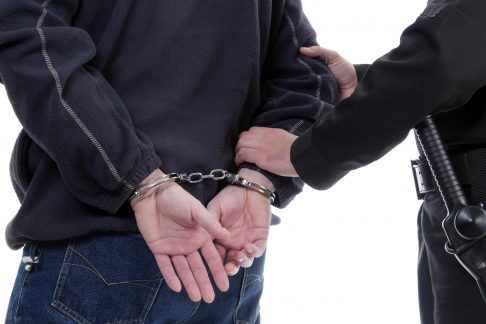 If someone is accused of or charged with committing larceny in Florida, they may be worried about the consequences. They might also be confused about what larceny is and how it differs from similar crimes.

By determining exactly what larceny in Florida entails and what could happen to someone who is found guilty of it, a person who is dealing with a larceny charge will have much more clarity about the situation. And, of course, they can figure out if they want to hire criminal defense lawyers in West Palm Beach Meltzer & Bell to represent them.

What Is the Legal Definition of Larceny?

Larceny is a common crime that involves the unlawful taking, leading, carrying, or riding away of tangible property from another person. Attempted and committed larcenies are illegal. If someone commits larceny, it could be perfectly innocent; technically, if they were to sample a candy from the bulk section of a candy store while ignoring the “no sampling” sign, they would be engaging in larceny.

However, the law usually doesn’t concern itself with that kind of larceny. Instead, it covers more serious crimes such as:

Some examples of grand larceny include:

The repercussions for larceny and grand theft are different because it’s a worse crime to steal something of higher value from someone.

Consequences for Larceny and Grand Larceny in Florida

If someone commits larceny, they may face either misdemeanor or felony charges. A felony is more severe than a misdemeanor, but both can result in time behind bars as well as hefty fees, among other consequences. The difference is the amount of time someone would have to serve behind bars or the amount of fees they’d need to pay.

If a person steals an item that is valued at less than $100, then they will be charged with petit theft, or petty theft, and face a misdemeanor of the second degree. If they are convicted, they might have to go to jail for up to 60 days as well as pay a $500 fine.

If a person steals an item that is valued at $100 or more but it’s less than $750, then they are committing petty theft of the first degree, and this is also a first-degree misdemeanor. They may have to go to prison for up to one year and pay a $1,000 fine.

If someone commits grand theft, at the very least, they’ll have to contend with grand theft of the three degree, which is a felony of the third degree as well. They might be charged with this if they stole something that was valued at more than $750, but less than $20,000. Some other types of grand theft that could be punishable with a third-felony felony charge are stealing a firearm, a will, property from a construction site, any commercially farmed animal, property valued between $100 and $750 and taken from around or in someone’s home, a car, a stop sign, or more than 2,000 individual pieces of citrus fruit. An individual may be sentenced to up to five years’ imprisonment and a fine of up to $5,000.

Grand theft of the second degree, or a second-degree felony, would come about if someone stole an item valued between $5,000 and $20,000 and stolen during a declared state of emergency, which is known as looting. It would also include property valued between $20,000 and $100,000, emergency law or medical enforcement equipment that’s worth $300 or more, and cargo valued at less than $50,000 that has entered intrastate or interstate commerce. An individual may go to prison for up to 15 years and pay a fine of up to $10,000.

Grand theft of the first degree would result in a first-degree felony. This is the most severe charge for larceny. An individual may be charged with it if they stole property valued at $100,000+, cargo valued at more than $50,000 that has entered intrastate or interstate commerce, a semitrailer that a police officer deployed, grand theft where the perpetrator utilizes a motor vehicle (not a getaway car) as an instrument in the crime, grand theft of the second degree that happens during a declared state of emergency, and grand theft that leads to more than $1,000 worth of damage to personal or real property. A first-degree felony could result it imprisonment of up to 30 years and a fine up to $10,000.

If someone has already committed two felonies, then for the third one, they may end up having to serve even more time in prison. If someone has committed theft, then a second offense would be classified as a first-degree misdemeanor, and if they have two or more theft convictions on their record, a third one will become a third-degree felony.

When someone is charged with larceny in Florida, the prosecutor needs to prove beyond a reasonable doubt that that person committed the crime. They need to show that a person stole the property, the owner never gave them permission to take it, and their intention was permanently take the possession from the owner.

In order to prove larceny, the prosecutor will need evidence. This could include a witness statement from the alleged victim and other people who saw what happened, testimony from law enforcement officers, financial records, and video footage or audio tapes of the incident, to name a few.

Defenses for Larceny in Florida

There are many defenses for larceny in Florida. For instance, the supposedly guilty person could say the property was theirs, or they had permission to take it. Maybe the alleged victim is lying. Another defense could be entrapment, where someone induces an innocent individual who would not have committed a crime to do it, even though they would not have done it under normal circumstances. This usually applies to police officers, who may set up a person to commit a crime. If the person charged with the crime has an alibi and can prove they were somewhere else when the crime took place, then they could get off the hook.

A Plea Deal vs. a Trial

A majority of criminal cases end with a plea deal, in which the defendant agrees to plead guilty or other concessions are made on behalf of the prosecutor or the defendant in order to reduce or drop the charges. For instance, a prosecutor may reduce a first-degree misdemeanor for larceny to a second-degree misdemeanor if the defendant agrees to plead guilty to the crime. Plea deals are used often because going to court is time-consuming and expensive, and both parties may not want to partake in it.

However, if a plea deal cannot be reached, or a defendant does not want to do a plea deal, then they can take their case to trial. There, they will face a judge and a jury and could end up being found innocent or guilty.

Whenever someone is charged with a crime in the United States, they have a right to representation even if they can’t afford to pay anything. Although having free representation may sound like a great idea on the surface, it’s anything but. While public defenders are capable, they are often underpaid and overworked. They may have hundreds of cases going at once and they can’t give each one the individual attention it needs. This could harm a defendant and cause them to lose the case.

If a defendant hires the right private counsel, however, their lawyer will dedicate their time and energy to helping the defendant win the case. They will listen to the defendant’s side of the story, help them collect evidence, advocate for them inside and outside of the courtroom, attempt to work out a plea deal (if that’s what the defendant wants), and fight for them every step of they way.

A criminal defense lawyer may cost money, but they’re well worth it. If a defendant is convicted of a crime, it’s going to stay on their criminal record in Florida. There is no way to seal it or expunge it. And employers and landlords can see this information, making it very difficult for ex-cons to get jobs and housing once they’re out of prison. If they want to go to college, they won’t be able to receive federal funding. Plus, there’s the shame and embarrassment that may come with having a criminal record. Unfortunately, they could get stuck in their lives and not be able to advance because of their criminal record.

When a defendant hires a criminal defense lawyer with extensive experience, they know they finally have someone in their corner who will do everything they can to get the charges dropped or, at the very least, reduced. And the defendant doesn’t have to do much aside from provide whatever evidence they have and appear in court if necessary.

If you have been accused of or charged with larceny in Florida, then get in touch with criminal defense lawyers Meltzer & Bell. We will work hard on your behalf no matter what kind of charges you are facing.

In previous cases, we were able to get grand theft charges dismissed in a “dead to rights” case where a client previously confessed, and we ensured that no charges were filed for theft of over $1,000,000 worth of goods for a different client. In another case, a client was charged with theft after loss prevention employees at Walmart saw him concealing phone equipment without going to pay for it. We were able to get the charges dismissed and have the client simply complete a course instead.

No matter what, we are here for you in your time of need.

If you’re ready to fight back, make sure you get in touch with Meltzer & Bell, criminal defense lawyers in West Palm Beach, today. Call (561) 557-8686 or contact us online here. We’re standing by and ready to help with your larceny charges.