Is Shoplifting the Same as Petty Theft? 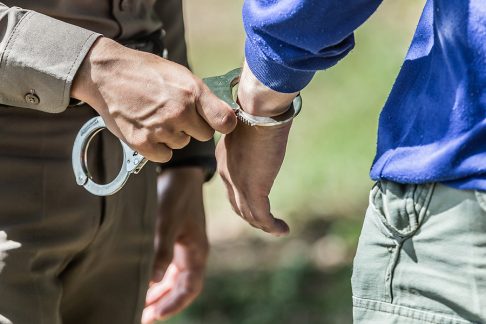 While shoplifting and petty theft might seem similar from the outlook, they are technically regarded as dissimilar charges under Florida criminal law. Despite being treated as minor crimes, these offenses usually carry significant penalties upon conviction.

The Florida Legislature has put punitive measures on petty thieves and shoplifters, especially if it is a repeat action. This is in response to a report that retailers lose almost $50 billion annually to these criminals. Come to think of it, though, whereas there’s no denying that the need to prevent these criminal activities is subject to no debate, the individuals that lose out the most are those accused of shoplifting and petty theft. How so?

The chances are that it could be a case of false accusation, a moment of desperation, or a string of bad decisions. Summing all these up, it is evident that a shoplifting or petty theft conviction can be life-changing, and it can happen so fast that you don’t even realize it. As such, it is always a great idea to contact an experienced criminal defense attorney to lay the ground for you on what to expect and fight by your side for the best possible results.

In Florida, Petty or Petit Theft is a misdemeanor offense that occurs when the offender steals or attempts to steal a property valued at under $300 for a business or an individual. The theft does not have to happen in a store.

To prove the occurrence of a Petit Theft crime, the prosecution must convince the jury of the following two elements without a shadow of a doubt:

If found guilty, the defendant could bear the liability of the following Petit Theft charges in Florida:

Other far-reaching punishments for petty theft in Florida may include:

Shoplifting is considered a form of Petit Theft in Florida. In particular, it refers to the act of taking or lifting away merchandise, negotiable documents, property, or money with the intent to deprive the retail owner of the possession, benefit, use, or value of the item. Despite being charged as petit theft, shoplifting bears more aggravating consequences as outlined in these Florida Statutes.

Potential Penalties for Shoplifting in Florida

If found guilty of shoplifting or endeavoring to shoplift, the offender may be penalized depending on their previous criminal history or the value of the merchandise lifted.

If it is your first time committing a shoplifting offense, you may be charged with a second-degree misdemeanor, attracting up to a $500 fine and/or at most 60 days in jail.

If you commit a shoplifting crime for the second time, you may be charged with a first-degree misdemeanor, which is punishable by spending 12 months in county jail, 12 months in probation, and/or paying $1000 in fine. However, this may be subject to the specifics of your case and the value of the shoplifted property.

Shoplifting charges may also be implied depending on the value of the stolen goods. Here is a breakdown:

Possible Defense for Petit Theft and Shoplifting Charges in Florida

Getting accused or charged with petty theft or shoplifting in Florida is not the end of the road – if anything, it is a long way to conviction. There are several defenses that you can explore with the help of an experienced criminal defense attorney to obtain the best possible outcome. Below are a few grounds for defense in a petit theft or shoplifting case in Florida:

A factual dispute is a defense mechanism where the defendant’s attorney argues that the government must have misjudged the situation. The goal here is to convince the judge or prosecutor to drop the case or win on trial based on your argument. The factual challenge goes in the line of: “another person did it,” “the theft never occurred,” “the merchandise was legally bought,” etc. One of our legal team members can help you develop the best factual arguments to support your case.

When accused of petty theft or shoplifting, the chances are that the retail store owner, victim, or witnesses would call the police to restrain the individual, right? When that happens, the law enforcement officers are usually called to conduct some sort of search or at least get physical with the accused during an arrest. Even if the police act in good faith, they can still trip up and violate the individual’s rights. Our experienced attorneys can leverage such circumstances to have all charges dropped on the grounds of constitutional rights violations.

Challenge of the Value

As we discussed above, most petty theft or shoplifting crimes are usually charged based on the value of the property alleged to be stolen or damaged. Having an experienced attorney by your side can ensure that the charges levied against you are substantially lowered or even win the case altogether.

For a crime to occur, the alleged perpetrator must be in a particular state of mind, or as we refer to it in legal terms – mens rea. In other words, the prosecution must prove beyond any reasonable doubt that the defendant was taking an item that wasn’t there AND intended to deprive the store owner or victim of that property. This presents enormous opportunities for an experienced defense attorney to erode the prosecution’s allegations and win the case at trial.

Legal representation can be influential in avoiding or lowering the harsh charges of petty theft or shoplifting crimes. An experienced attorney can identify the best possible defenses suitable to your case for positive outcomes. We can also advise you on the most appropriate actions to avoid far-reaching punitive measures like driver’s license suspension and a permanent criminal record.

Have you or your family member been accused of petty theft or shoplifting offenses in Florida? Don’t worry, as we are here to help you come up with the best possible outcome at your trial. Meltzer and Bell, PA, is a team of qualified and self-motivated lawyers with immense experience and expertise in handling criminal defense cases. We are committed to serving residents of South Florida accused of petty theft and shoplifting crimes. And we will fight tooth and nail to ensure that all the charges levied against you are dropped or at least lowered to less punitive ones.

So what are you waiting for? Contact us today for a top-notch representation from our qualified attorneys and get the justice you deserve. Better still, you can submit your case by filling out the form beside your screen for a FREE consultation to have your case reviewed!