Is a Second DUI a Felony? Everything You Need to Know 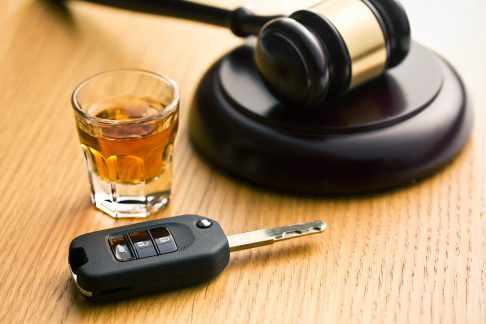 If you’ve been arrested in Florida for a second DUI, you’re probably wondering whether it will be treated as a misdemeanor or felony. Well, to get you started, here’s what a second DUI is defined as under Florida Statute 316.193(1) and (2)(a):

A second DUI occurs when a person;

One of the major misconceptions associated with DUIs is that they are only effective if you’re driving under the influence of alcohol. However, you should note that this term also refers to drugs and other controlled substances.

After being arrested for a second DUI offense, the first thing you should do is to contact a DUI attorney because your penalties are highly dependent on your lawyer’s ability to defend you. Check out our comprehensive guide below into second DUIs, including the expected penalties and effective defense strategies.

Is a Second DUI a Felony?

DUIs can either be convicted as a misdemeanor or felony, but standard first offenses are almost always misdemeanors. If you, however, injure another person seriously or cause an accident that results in their death, you’ll be looking at a felony, even if it’s your first offense. You also risk being charged with vehicular manslaughter. In most states, 1st and 2nd DUI cases are usually charged as misdemeanors, while all subsequent convictions are felonies. Your DUI case may also be charged as a felony if your blood alcohol content was extremely high or your crime was egregious, e.g., you were transporting young children while extremely drunk.

Is There a Difference Between a Misdemeanor and Felony DUI?

Yes, and it all boils down to the penalties. Misdemeanors typically have less harsh penalties compared to felonies. For instance, in a misdemeanor DUI, you may face 1-year imprisonment and around $1,000 in fines. For felonies, on the other hand, the prison sentence is much longer, and the fines could accumulate to thousands of dollars. Felonies are also sometimes accompanied by additional consequences, including the loss of voting rights.

What Are the Penalties for a Second DUI in Florida?

Even though a second DUI in Florida is considered a Second Degree Misdemeanor, its penalties are more severe compared to other traditional second-degree misdemeanors. It also carries additional penalties if you were accompanied by a  minor at the time of your arrest or your blood or breath alcohol content was .15 or higher.

Outside Five Years of a Prior DUI Conviction

Under the Florida State Statute 316.193, you risk facing minimum mandatory punishments that include;

Within Five Years of a Prior DUI Conviction

If your second DUI offense was within 5 years of the previous conviction, the mandatory minimum penalties include;

It’s important to note that the driver’s license revocation begins when your plea is entered, and during this period, you’ll be ineligible for a hardship license.

What Are the Top Defenses to Second DUI Offense? 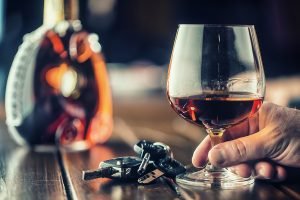 Your freedom and criminal record are dependent on how well your DUI attorney represents you. There are 4 main defense strategies;

Contrary to popular belief, law enforcement can’t just stop you without any reason. The law is very clear on this, and you can only be stopped if;

However, if your attorney can prove that the stop was illegal and the officer was mistaken, any evidence they obtained during the stop will be suppressed. For instance, if an officer stopped you on suspicion that your license plate was expired while it was up to date and then arrested you for a DUI,  the traffic stop will be considered illegal.

Breathalyzers are highly regulated and are subject to strict maintenance and storage requirements; otherwise, the results will be inadmissible. The testing process is also very specific and should be performed in a standardized way. If law enforcement officers fail to conduct the tests as required by law or use improperly maintained devices, the results could be ruled inadmissible even when the alcohol content was extremely high.

Some of the elements that can be used to determine the reliability of the breathalyzer results include;

The law enforcement officer can only arrest you for a DUI with probable cause; that is, they had sufficient suspicion that you were driving under the influence of controlled substances or alcohol and that your normal faculties were impaired as a result. If your lawyer can prove that the officer’s probable cause wasn’t backed by sufficient evidence, all evidence from the arrest will be suppressed.

Here’s a great example of insufficient cause; sometimes, law enforcement officers solely arrest a driver based on the odor of alcohol, but this on its own is not enough to justify a DUI arrest.

Most of the time, law enforcement officers first administer field sobriety tests before arresting the driver for a DUI. These tests are mainly designed to help them determine whether the diver’s normal faculties were impaired. Your lawyer can, however, challenge these results if;

There are also tests that are inadmissible in court.

If you’ve been arrested for a second DUI offense, you’re probably worried about the penalties you may face. There’s also a high chance that you’re probably wondering, ‘Is a Second DUI a Felony?’. We’ll this is dependent on whether your DUI resulted in serious injuries or death of the other party. Otherwise, it will be charged as a misdemeanor.

Immediately you’re arrested, make sure you contact a  DUI attorney at Meltzer & Bell, P.A. because your freedom may just depend on it. Contact us today for a free consultation, or alternatively, you can call us on (561) 557-8686.