Is a DUI a Felony in Florida? 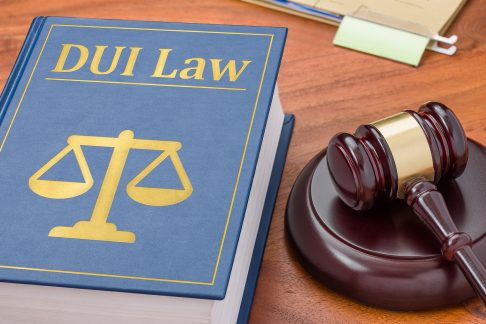 If you’ve been arrested for driving under the influence in the Sunshine State, one of your first questions may be, “Is a DUI a felony in Florida?” The short answer is “sometimes.” To fully answer that question, it’s important to understand the larger picture of Florida DUI law.

Defining Driving Under the Influence of Alcohol

It’s natural to assume that all DUI cases involve alcohol. Indeed, if Stephen goes out to his neighborhood brewery on a Friday night, has a few beers with his buddies, and is pulled over on the way home, the officer might arrest Stephen for driving under the influence. To make the case stick, though, the prosecutor has to prove that Stephen was under the influence. That proof can come from a few different sources.

But what if Stephen refuses to take a breathalyzer or blood test? Stephen may believe that there won’t be evidence if he doesn’t participate in testing, but the truth is that the fact of refusing a test can be used against him at trial. The prosecutor can argue, for example, that Stephen avoided the test because he knew he was guilty, and that this “consciousness of guilt” is evidence in favor of conviction. In addition, because a Florida driver’s license comes with implied consent to DUI tests, when Stephen refuses testing, he will immediately lose his license.

Blood alcohol and breath alcohol aren’t the only two measurements that can identify driving under the influence. According to Florida law, DUI can also be charged when the person is “affected to the extent that the person’s normal faculties are impaired.” That is an awkward way of saying that Stephen doesn’t have to blow a .08 in order to be arrested for driving under the influence.

For example, an officer can put Stephen through a series of field sobriety tests and conclude that he is impaired. Field sobriety tests can be given during a routine traffic stop, at the scene of an accident, or at a sobriety checkpoint. If the officer thinks they see signs of impairment – like slurred speech or glassy eyes, for example – that’s enough to trigger the reasonable suspicion needed to administer field sobriety tests.

There are three field sobriety tests recommended by the National Highway Traffic Safety Administration. They are:

Horizontal Gaze Nystagmus Test: The officer who administers the HGN test is looking to see if alcohol or another substance is impairing Stephen’s brain’s ability to control his eye muscles. When the officer asks Stephen to follow the officer’s pen as they move it across Stephen’s field of vision, they’re looking to see if his eyeballs bounce back and forth rather than tracking the object.

Walk and Turn Test: When the officer administers the WAT test, they’re determining whether or not Stephen has the ability to both follow directions and perform certain movements. They ask him to walk heel-to-toe for nine steps in a straight line, pivot on one foot, and then walk another nine steps heel-to-toe. The officer is looking to see whether Stephen uses his arms to balance, deviates from the line, or miscounts the number of steps.

One-Leg Stand Test: Like the WAT test, the OLS test is designed to determine if Stephen can perform a mental task and a physical task at the same time. The officer asks Stephen to stand on one foot and raise his other foot off the ground, all while counting out loud, for 30 seconds. They’re looking to see if Stephen loses his balance and puts his foot down, hops around, or uses his arms to balance himself.

If you’ve been arrested for a DUI after failing a field sobriety test or if you are charged with driving under the influence due to a breathalyzer or blood test, you need to have an experienced Florida DUI attorney at your side. Your Florida DUI lawyer can challenge the underlying evidence for your DUI charges by asserting alternate explanations for the breathalyzer, blood, or field sobriety test results. They can suggest that the tests were administered incorrectly, or offer evidence that the results are suspect for a different reason. The bottom line is that, without an experienced Florida DUI lawyer at your side, it’s easy to get railroaded by the prosecution. With the help of a Florida DUI attorney, you have options.

Driving Under the Influence of Another Substance

Under Florida law, alcohol is just one of the substances that can result in a DUI arrest. Being under the influence of illegal or legal drugs, prescription or non- prescription drugs, or a combination of drugs and alcohol, can lead to impairment, which in turn can lead to DUI charges. Let’s say that Stephen takes his evening prescriptions, which include anti-anxiety medications and an anti-depressant, and then receives a call from his wife. She says she’s stranded and needs Stephen to come pick her up. If the prescriptions impair his ability to drive and he is pulled over, Stephen may be arrested for driving under the influence. The same holds true if Stephen smoked marijuana, huffed alkyl nitrites, or injected heroin before getting behind the wheel.

Penalties for Driving Under the Influence in Florida

According to the Florida Department of Law Enforcement, in 2019 there were 33,873 Florida arrests for driving under the influence. While DUI arrests aren’t unusual, the penalties for a conviction can be life-altering. Circling back to the question, “Is a DUI a felony in Florida?”, the answer is that it depends upon a person’s record of prior convictions.

A first DUI conviction is typically charged as a misdemeanor. The penalty for a conviction is a fine of between $500 and $1,000, and a maximum jail sentence of six months. In lieu of jail, it may be possible to receive probation and be required to attend DUI school. In addition, a first DUI conviction also carries a driver’s license suspension of up to one year.

Similarly, a second DUI conviction is usually charged as a misdemeanor. The financial penalty for a conviction increases to between $1,000 and $2,000, and the potential jail sentence increases to a maximum of nine months. With a second conviction, if the person retains their driver’s license, there’s also a requirement to install and maintain an ignition interlock device (IID) in any vehicles they own, jointly lease or own, and routinely drive.

It’s important to note, however, that if the driver causes serious bodily injury to another person, then they can be charged with a third-degree felony even if it’s their first or second DUI. If convicted of a DUI with serious bodily injury, the driver can be sentenced to up to five years in prison and fined up to $5,000. They may also be forced to pay restitution to the person they injured in order to compensate them for property damage, medical expenses, and lost wages.

Fines and Jail Time is the Tip of the Iceberg

The prison time and fines associated with a misdemeanor or felony DUI conviction in Florida tell only part of the story. There are many other costs and heartaches that accompany a DUI conviction. For example, if you have a DUI conviction on the books, chances are you will have your driver’s license suspended or revoked. That means a considerable amount of money out of pocket for alternative transportation. After all, you can only hitch rides from friends and relatives for so long. After that, you’ll pay a continuous stream of money to Lyft or Uber to get you to and from work, take you shopping, and otherwise get you where you need to go.

If you retain your driver’s license after being convicted of a DUI, you’ll likely be required to install an IID. The IID is a breathalyzer that you must “pass” in order to start your car, and that you must breathe into periodically while on the road. The installation costs can run $150 or more, and the monthly fee can range from $75 to $125 per month. You may also be required to attend a DUI education program, which can cost several hundred dollars or more, depending on the length of the program.

The expense that gives you the greatest sticker shock, however, is the increase in your car insurance. If you can obtain car insurance following a DUI conviction, chances are the cost will increase between 150 and 200 percent.

How a Florida DUI Attorney Can Help

If you’ve been arrested for misdemeanor or felony DUI charges in Florida, you may be wondering how hiring a Florida DUI attorney can help. The truth is, having a Florida DUI lawyer by your side can mean the difference between spending time behind bars and putting the incident behind you. An attorney who’s experienced in representing Floridians who are facing charges of driving under the influence understands the possible defenses. These include:

A DUI conviction – whether misdemeanor or felony – has consequences that can impact you for the rest of your life. It’s critical to tap into the knowledge of a Florida DUI lawyer who can work to have the charges dropped or reduced, convince the prosecutor to agree to probation in lieu of jail time, or achieve an acquittal at trial.

The unvarnished truth is that you don’t have a minute to waste. Every moment you wait is a moment that your Florida DUI lawyer could be working on your behalf. Call Meltzer & Bell today for a free, no-obligation case evaluation.