How Long Is Your Car Impounded for a DUI in Florida? 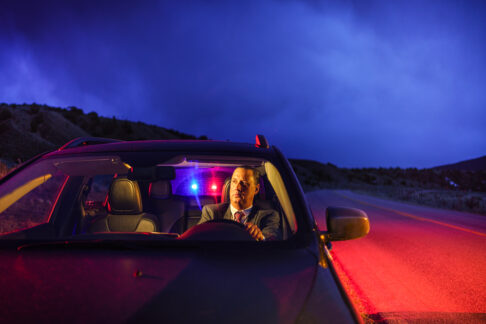 When you drive under the influence in Florida, you could face many consequences including time in jail and hefty fines. It’s also possible that you’ll lose your car when law enforcement impounds it. Hiring a DUI lawyer with hundreds of wins in Florida will give you the best shot at coming out on top.

If you got pulled over for a DUI, you may now be having a tough time because you lost access to your car. You can’t get around town to go to work, run errands, or see your friends and family, and you’re wondering how long it’ll take to get your car back. You’re also worried you may never see it again.

By learning the laws about DUIs and car impoundment in Florida, you can figure out when you can expect to see your vehicle again and get back on the road, or you may find out that it’ll be a long time before you can drive again. No matter what consequences you’re facing, you can call on the experienced criminal defense lawyers at Meltzer & Bell to help you.

What Does Impoundment Mean?

Impoundment means placing your car into a tow lot or an impoundment lot. It’s where cars are held until the owner can come and claim them. If they never claim their car, then the impounding or tow lot has the right to recycle the metal from the car, strip its parts for a wrecking yard or sell it at auction make a profit.

The police department or another government agency can gain the legal right to impound your car for a few reasons, and one is a DUI. They could also seize your car if you were illegally parking your vehicle, you decided to abandon it, or they found illegal drugs or weapons in your car. If you do not have a license or your license was suspended, that could warrant an impoundment, too.

A court typically gives a grant of authority to law enforcement or another government agency to impound your car. They will find your car and then take it to an impounding lot. Keep in mind that they don’t have to tell you your car is being impounded.

How Long Your Car Will Be Impounded for a DUI

After you are convicted of a DUI in Florida, the minimum amount of time your car will be impounded is 10 days if this is your first offense.

If this is your second DUI offense, then the minimum time your car will be impounded is 30 days.

If this is your third DUI offense in Florida, then the minimum time your car will be impounded is 90 days.

If you are serving time in jail, then impoundment will start after you are released. To avoid this 10, 30, or 90-day period, jail time, and other consequences, you will need to have your charges reduced or dismissed with the assistance of a criminal defense lawyer like Meltzer & Bell.

How Much Does Impoundment Cost?

When your car is impounded, you will be charged with tow fees as well as a daily fee to keep your car in the lot. You’ll likely have to pay several hundred dollars in total to get your car back. And if you don’t have the money, you can’t get it back.

Instead of having your car impounded, which is very expensive, you can see if immobilization at home is an available option. This will cost you significantly less money, and it won’t be so obvious that you got a DUI and you’re not able to use your car. With immobilization, a secure device is installed on your steering wheel that ensures you can’t drive your car for at least a 10-day period. You could also have your car booted. Either way, these options are much more discrete and financially beneficial to you.

Options for Avoiding Impoundment or Immobilization

With a criminal defense lawyer on your side, you may be able to get around the requirement to have your vehicle impounded or immobilized. For instance, you might be able to prove that your vehicle was stolen. Perhaps you bought a new vehicle and it wasn’t the one you were driving when the DUI occurred. If you were driving a company vehicle that other people need to use, or this is the only vehicle that your family has, then that could also help you avoid impoundment or immobilization.

Getting Around in Florida Without a Car

During the mandatory impoundment or immobilization period, you may find it difficult to get to work or run errands without your car. Thankfully, Florida has many different transportation options available to its residents. You could always take public busses, the local Metrorail, cabs, or Uber or Lyft rides, or you could buy or rent a bike or a scooter. Many Florida towns are walkable as well.

What Is the Legal Definition of a DUI?

DUI, which is driving under the influence, means that a driver was driving in a reckless fashion while on alcohol or illegal or legal drugs. Perhaps you were speeding, breaking unnecessarily, not wearing your seatbelt, driving while distracted, driving without your headlights on, or swerving in between lanes or off the road. You might have gotten pulled over for reckless driving or gotten caught at a DUI checkpoint around your town. Another scenario is that you got into an accident and the police offer suspected you were under the influence of drugs or alcohol.

The legal limit for alcohol, or the blood alcohol content (BAC) limit is .08% in Florida if you are 21 years of age or older, and if you are under 21 years of age, it’s .02%. Even if you were on legal drugs at the time of your arrest, you could still be charged with a DUI.

Legal Consequences for Getting a DUI in Florida

Along with having your car impounded or immobilized, there are other legal consequences you could face after getting a DUI in Florida. It all depends whether this is your first conviction or you have other convictions in on your criminal record.

The first thing to know is that if you are convicted of a DUI in Florida, it could stay on your record for a maximum of 75 years.

If you are over 21, then for your first DUI charge, you could have your license suspended for up to one year, serve up to one year in jail, be ordered to pay $2,000 in fines, and use an interlock device in your car for a minimum of six months. An interlock device is a breathalyzer for your vehicle that you’ll need to blow into before starting the car. If you have alcohol in your system, you may not be able to drive.

If this is your second DUI conviction, then your license could be suspended for a minimum of five years and you may have to serve up to one year in jail and pay a maximum of $4,000 in fines. You’ll have to use that interlock device on your car for at least two years.

If this is your third DUI conviction, you could have your license suspended for at least 10 years. You might have to go to jail for up to a year, pay up to $5,000 in fines, and install an interlock device on your car for at least two years.

For a fourth DUI conviction, you could lose your license altogether, have to serve up to five years in prison, get a felony charge, and pay a maximum of $2,000 in fines.

If you are under 21 years of age, then the consequences will be different.

If you’re trying to get a job as a driver, then it’s going to be that much harder once your future employer does a background check and sees that you have a DUI on your record. It could certainly hurt your career prospects.

Your insurance premium could go up as well since your insurance provider may deem you a risky driver. And if your car is impounded or immobilized, you may have to miss time at work and pay those hefty fees, so your DUI will hurt your wallet too.

What Should You Do if a Cop Pulls You Over for a DUI?

If you’re driving and suddenly a cop pulls you over and accuses you of driving under the influence, don’t panic. Instead, keep your hands on the wheel and do what the officer says, like showing them your license and registration.

The cop may instruct you to leave your vehicle and have you stand on one leg and count out loud for 30 seconds or do a walk-and-turn test. Even if you’re sober, these tests can be hard. If you have bad balance or a lack of coordination, you could fail these tests. Before a formal arrest occurs, you have the right to refuse to take a test. At all times, you have the right to remain silent.

The cop could release you and you won’t be arrested or charged with anything. However, if the cop moves to arrest you, then they will need to read you your Miranda rights.

Once you are arrested, then you have to do what the cop says because of implied consent. This means you should not refuse to take a breathalyzer, blood, or urine test because you could face consequences. Your license might be immediately suspended and taken away for at least a year, and you may go to jail for a maximum of six months. If this is your second or third DUI offense, then your license could also be suspended immediately. However, it could be taken away for up to 18 months and you may have to serve up to nine months in jail.

When you get arrested for a DUI, you should get in touch with a criminal defense lawyer right away. They will go over the details of your case and collect any evidence you have such as photographs, videos, or witness statements. If there is body cam footage from the interaction with the police that could prove your innocence, they will go over that as well.

Plus, they’ll see if any mistakes were made. For instance, maybe your BAC was high because you have Gastroesophageal reflux disease (GERD), which pushes the alcohol in your stomach up into your mouth. Perhaps you were swerving on the road because there was snow on the ground or you were attempting to avoid a pothole. The cop might have forgotten to read your Miranda rights or perhaps they didn’t explain that you were being arrested properly. You’ll never know your defense until you get in touch with an experienced lawyer.

If you’re ready to fight back against your DUI charge and your vehicle impoundment, make sure you get in touch with Meltzer & Bell, criminal defense lawyers in West Palm Beach, today. Call (561) 557-8686 or contact us online here. We’re standing by and ready to help with your DUI charges.