How Long Does a DUI Stay on Your Record in Florida? 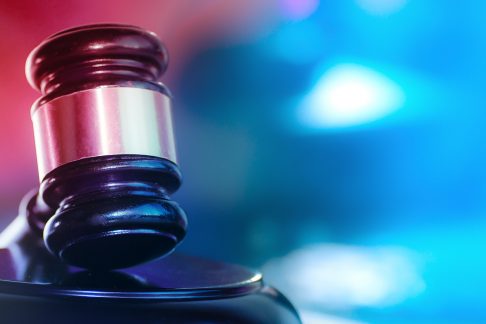 Getting hit with a DUI or driving under the influence charge can be incredibly devastating. If you have a DUI on your record, you could potentially go to jail, have to pay fines, get your license suspended, and get points on your license. If you’re a repeat offender, the consequences could be even worse.

However, as you know, knowledge is power. And by learning the laws on DUIs in Florida, you can figure out a defense and how to move past this unfortunate incident. You can go forward with your life.

The best chance you have of fighting your DUI is to hire a winning DUI defense lawyer in Florida.

Here are all the facts on how long a DUI stays on your record in Florida, as well as why you may want to hire Meltzer & Bell, criminal defense lawyers in West Palm Beach, to help you with your case.

What Does DUI Mean?

Driving under the influence includes driving recklessly while on legal or illegal drugs or alcohol. Even if you were prescribed medicine and accidentally took too much or you can legally drink but had one too many before getting behind the wheel, you could get charged with a DUI.

In Florida, the blood alcohol content (BAC) limit is .08% if you are 21 years of age or older. If you are under 21 years of age, the limit is .02%. A BAC is not static – it’s always rising or falling – and what yours clocks in as may be different from someone else’s, even if you had the same amount to drink. While the number of drinks you had will help to determine your BAC, you also need to factor in your body weight, sex, and the amount of time you spent drinking.

For example, if you’re a woman who weighs 140 pounds, your BAC should be approximately .05% after one drink. If you’re a 140-pound male, it will be .04%. If you’re a man or woman, after two drinks, you’d be at .09%, which is over the legal limit. Even if you don’t feel drunk, you could be, which means that you wouldn’t be able to drive carefully and could hurt yourself and/or others.

There is also a range of side effects when it comes to legal and illegal drugs. For instance, your response time may be slower if you take marijuana, you may act erratically if you’re on cocaine, and you could have hallucinations if you’re on sleeping pills.

No matter what substance you’re on if you decide to get behind the wheel of your car and drive while cognitively and physically impaired, you could:

If the cops see you driving recklessly or they test you at a DUI checkpoint, you could face legal repercussions, like jail time, fines, mandatory community service and schooling, license suspension, and a DUI staying on your record in Florida for several years.

How Long Does a DUI Stay on Your Record in Florida?

Florida is known for its very tough DUI laws. If you are convicted of a DUI, then it could stay on your record for up to 75 years. Additionally, you could face other consequences when it comes to your license and how you drive.

You can fight a DUI charge, though, and stop it in its tracks before you get convicted. Then, you won’t have to deal with it being on your record for several decades.

What to Do If You’re Pulled Over for a DUI

If you’re pulled over for a DUI in Florida, make sure you stay calm and listen to the officer’s directions. You should always keep your hands on the wheel unless you’re instructed to move them to pull out your license and registration.

The officer might want you to step outside of the car and take a field sobriety test where you need to do a walk-and-turn or stand on one leg and count out loud for 30 seconds. These tests could be difficult if you have a bad balance or you’re tired. Before an officer formally arrests you, you don’t have to take any tests if you don’t want to. Of course, you have the right to remain silent as well.

Cops these days wear body cameras, which will capture your interaction, so you want to be careful about what you say and how you act. Otherwise, it could come back to haunt you later on and hurt your case.

At the end of your exchange, the officer could choose to let you go or formally arrest you. Once you’ve been lawfully arrested, implied consent applies, and you will need to comply with any testing the officer orders, or else you could face negative consequences.

For instance, you could have your license suspended right away and not be allowed to drive for at least one year, as well as face up to six months of jail time. If this is your second or third DUI charge, your license could be immediately suspended for 18 months and you may have to go to jail for up to nine months.

The only way you may be able to get out of having your license suspended, and other consequences is if you are able to prove that your arrest was unlawful. While it’s difficult to prove, an experienced criminal defense lawyer at Meltzer & Bell could possibly help you.

What Can Happen If You’re Charged With a DUI

If you’re charged with a DUI in Florida, the repercussions will vary based on how many DUIs you already have and the details of your case.

For drivers who are over 21, the charges may include the following:

For drivers who are under 21, the charges may include the following:

As you can see, DUI charges can be pretty serious. Along with having those charges on your record, you will also have to go to DUI school, which includes classes and referral treatment. Additionally, you could get points on your license and have to pay a higher car insurance premium.

If your license is suspended and you can’t get to work, you may lose your job. You might have trouble securing a new job or housing if you have a criminal record, too, since employers and landlords may be worried about employing or housing someone who was convicted of a crime. As you can see, just one charge could have a devastating effect on many different areas of your life.

This is why it’s critical to hire a criminal defense lawyer in Florida to help you fight your DUI charges.

How to Fight Your DUI Charges

An experienced criminal defense lawyer will thoroughly investigate your case to figure out if you can get off the hook for your charges.

For instance, they’ll look into:

You never know what your lawyer could find or how many angles there are to pursue. The only way you can be certain you have a good defense is to contact a criminal defense lawyer to find out. Make sure you have all the details handy so that your lawyer has as much information as possible to start working on your case.

Can You Get a DUI Expunged From Your Record in Florida?

In Florida, DUI records cannot be sealed or expunged. However, you may be able to plead to a lesser charge, and prosecutors may reduce your DUI charge to a reckless driving charge. Then, you could possibly have the reckless driving charge expunged or get your records sealed. If they’re sealed, you can legally deny the conviction. While some government agencies may be able to see the conviction, the public would not be able to.

Getting Help With Your DUI Case from Meltzer & Bell

Thankfully, an experienced criminal defense lawyer in Florida will be able to assist you with your case. At Meltzer & Bell, we have experience with over 500 combined jury trials through a verdict. We’ve represented a number of clients in tough positions and come out successful.

For instance, we represented a client who had her fourth DUI crash and left the scene of the accident. She was charged with a felony DUI. After the client retained Meltzer & Bell, we immediately got in touch with the felony DUI unit at the office of the State Attorney, engaged in lengthy negotiations, and got her charges reduced to a misdemeanor. She didn’t have to serve jail time or become a convicted felon, which could have had an extremely negative impact on her life.

We have worked on several other DUI cases and achieved ideal outcomes for our clients. When you contact us, we’ll go over the details of your case and give you an honest assessment of how we believe we can help you.

If you’re ready to fight back, make sure you get in touch with Meltzer & Bell, criminal defense lawyers in West Palm Beach, today. Call (561) 557-8686 or contact us online here. We’re standing by and ready to help with your DUI charges.