How Long Do Felony Cases Take? 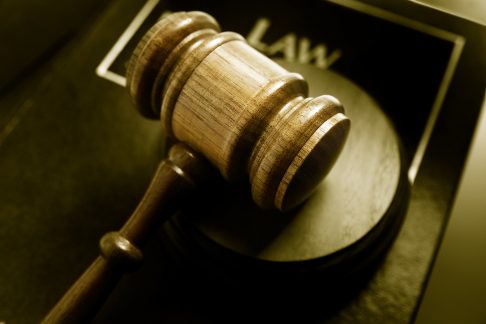 As a defendant in a felony case, you’ve probably heard stories that the court process may take ages, right? Well, nothing can be furthest from the truth! Whereas the period varies from case to case and the state you reside in, you can expect the court process to last at least several months, usually 90-180 days in Florida.

But that’s too shallow information to help you prepare for your case, wouldn’t you agree? For that reason, we’ve drafted this comprehensive guide detailing every step in a felony case – from arrest to arraignment to sentencing – so you have an idea of what to expect. We’ll also touch on how long it takes for the defendant to secure a court date for a felony case. So let’s get started!

Different Stages of a Felony Case Plus When They Occur

Here’s a breakdown of the felony case procedure, plus how long each process takes:

Arrest or Notice to Appear

Of course, before getting arrested or getting a notice to appear, the law enforcement officers must have conducted a prior investigation to determine a probable cause for you committing a felony. The probes may employ several measures, including seizure of property, interrogation, search warrant, and many more. Tip: this is usually the best period to contact your attorney (not waiting until arrest) as it can impact your case positively going forward.

After the officers find probable cause following the investigation, they may arrest you. An arrest occurs if the officers highly suspect that you have committed the crime or perhaps, you are a flight risk. After getting arrested, you’ll be booked at a local police station or jail. During this time, the officers will take your photograph, fingerprints and record the felony charges. They may also attempt to question or search you. But remember, you’re not legally obligated to talk to the investigators, and it is highly advisable not to speak to the police until your attorney arrives.

In other instances, the charges may be filed directly by the state attorney without involving the police. Afterward, you will receive Notice to Appear via mail, and should you fail to show up on the indicated date, the court will most likely issue an arrest warrant.

The initial/first appearance is the defendant’s preliminary hearing after arrest. It occurs before a Magistrate, usually the same day (or within 24 hours) following an arrest. The hearing often has three core objectives. For starters, the defendant is told their rights plus the charges levied against them. Second, if they’ve not already, the defendant is assisted in making arrangements for legal representation – the court may appoint an attorney, if necessary. Last but not least, the court determines if it is OK to release the defendant on bail. At times, the hearing occurs at a detention facility via videoconferencing.

More often than not, the court releases the defendant at the end of the hearing. This, of course, happens after they have either posted money to guarantee their return to court or committed to certain conditions, including a promise for future return for trial and other hearings. These conditions usually include a requirement that they do not tamper with evidence by contacting the witnesses in the case. In some instances, the defendant may be denied bail and detained until trial.

The arraignment is the first formal court appearance following an arrest and the initial appearance. The process usually occurs not later than 20 days after the first appearance, and the defendant may be needed to appear in person. However, it is not mandatory in Florida as your attorney can simply file a paper titled: Not Guilty Plea and Demand for Trial by Jury. This allows your appearance to be waived by the court clerk announcing on the record to the judge that you filed a not guilty plea.

And true to your guess, most defendants usually plead not guilty during the arraignment procedure. At this point, their State Attorney will have no option but to decide to proceed with the charges. On the other hand, the defendant’s attorney will have sufficient time to prepare for the case even if they plan to plead guilty later on in the hearing.

Please note that the police have no legal authority in Florida to decide whether to charge you with a crime or not. Sure, they may and will arrest you for allegedly committing a felony, but it is upon the State Attorney to determine whether to press charges. During the arraignment process, the next court date is also set for a preliminary or pre-trial hearing.

If the State Attorney believes that there is sufficient evidence to win the case, they will file formal charges against the defendant. This is also known as “Information.” It lists all the charges they will be prosecuting, and they may be more or less serious than what’s captured in the initial arrest report. The charges usually take a few months to appear (of course, a reliable attorney will push for speedy actions). If the prosecutor fails to file formal charges, information will not be tabled, and the case is deemed abandoned.

Concurrently, the defendant’s attorney may file a Notice to Discovery for Jury Trial. This compels the prosecutor to provide a copy of every evidence collected regarding the felony case – and the defense reciprocates the same. There is also a window for early resolution following the filing of formal charges. Here, the prosecution brokers a deal with the parties involved, saving on costs and time. If that’s impossible, the case proceeds to pretrial.

The next stage in the felony defense is the pretrial proceeding. Here, the prosecution and the defense lock heads to discuss the case. They will also engage the judge to determine a specific date for the trial. However, in rare-case scenarios, the defendant may desire not to proceed to trial, prompting the judge to accept the plea and enter a sentence.

That’s usually a reprieve to most judges since they operate under tight schedules – no wonder they often encourage the counsels to broker a deal during the pretrial hearing. But remember, that’s only practicable if the prosecutor has not filed formal charges during the pretrial time. When no such plea as “guilty” or “no contest” has been entered, the judge will issue a trial date, with the victim and witnesses notified via subpoena in the meantime.

Sometimes going to trial may be the defendant’s only shot of getting a fair hearing despite the bottlenecks it comes with – costs, stress, time limitations, etc. The trial process begins with opening statements from the prosecutor and the defense attorney. The statement outlines the facts each party plans to table before the jury.

The prosecutor presents their case first by calling and interrogating witnesses on “direct examination.” After that, the defendant’s attorney takes the stage to question the witnesses on “cross-examination.” This is reciprocated, i.e., the defense lawyer directly examines the witnesses before letting the prosecution cross-examine them. After the examination, each attorney gives closing remarks summarizing all the facts presented during the trial.

The next segment is the jury locking heads in a private setting to deliberate on the issues based on evidence and offer a verdict. For a conviction to occur, the verdict must be unanimous, and if found not guilty, the defendant will walk out of the courtroom as a free citizen.

If found guilty of committing a felony, the defendant will be subjected to sentencing. More often than not, there’s usually a separate sentence hearing where the prosecutor and the defense attorney tables evidence for a harsher or considerate sentence.

The defendant usually has the right to be present during the hearing and may be allowed to address the court, stating their feelings on how the felony has impacted their lives, desired sentencing, and necessary restitution. If they do not wish to speak verbally, they may issue a written statement before the sentencing hearing to be read into the record. The sentence may include fines, court charges, community service, or incarceration.

How Long does it Take to Get a Court Date for a Felony?

As such, the defendant must be brought to trial within 60 days of arrest for;

N/B: The defendant may waive this right and agree to a court-decided trial date that extends beyond the 60 days. This buys the defense attorney more time to gather sufficient evidence and refute the prosecution’s arguments.

Why Should You Hire an Experienced Trial Attorney?

In Florida, most felony cases usually take an average of 180 days, as we stated earlier. Now imagine trusting an attorney with zero experience in a jury trial to fight for your freedom during the six months. It makes little sense, right? Luckily, you don’t have to go through the fuss of finding a reliable felony lawyer, as we can help!

Our experienced attorneys at Meltzer & Bell, P.A. have successfully handled tons of South Florida felony cases, often pushing for a speedy hearing. If you, your friend, or loved one faces felony charges, please contact us for a FREE review of your case.