Hit-and-Run Charges in the State of Florida 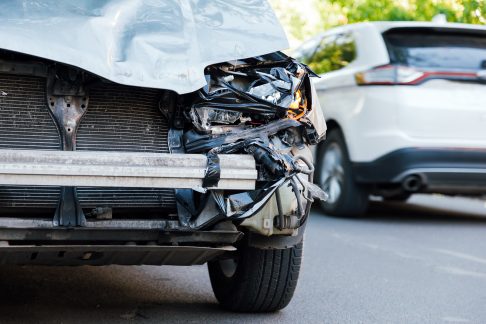 When a driver hits a person with their car or hits a vehicle or object and then flees the scene of the accident, they’re committing what’s called a hit and run. In these situations, drivers are supposed to get out of their car, exchange information with the pedestrian or other driver they hit, or leave a note if nobody is around when they crash into a car or object. If they don’t, and they get caught, then this is a very serious offense.

If you’ve been accused of a hit and run and you’re now facing criminal charges, learning all about these types of charges and what to do could help you gain some peace of mind during this stressful time. Remember: You can always get in touch with the West Palm Beach criminal defense lawyers for help.

Hit and Run Statistics for Florida

Unfortunately, hit and run accidents are common in Florida. According to Florida Highway Safety and Motor Vehicles (FHSMV), about 25% of all accidents in Florida involve a hit and run, and in 2019, there were 105,000 hit-and-run crashes in the state. Drivers leave the scene of hit-and-run crashes about 25 to 40 times per day. More than 80% of crashes result in only property damage.

In Florida, the law states that if you’re the responsible driver, you must stop right away at the scene of a crash on private or public property that results in an injury or death. If someone got injured, then you need to provide reasonable care to the injured party by making sure they have access to medical care. For instance, you could call an ambulance for them and ensure they get on it safely. Otherwise, they could face severe penalties.

What Are the Hit-and-Run Charges in Florida?

If you’re involved in a hit and run in Florida but there is only property damage, then this is classified as a second degree misdemeanor, and could result in up to 60 days in prison and a $500 fine.

If there are any injuries, you’re facing second or third degree felony charges. Your license could be revoked for at least three years, and you may have to spend up to five years in prison and pay a $5,000 fine.

If there are any fatalities during a hit-and-run accident, then the charges are bumped up to a first degree felony. Your license will be revoked for at least three years, and you’ll serve a mandatory minimum of four years in prison and up to 30 years in prison and a $10,000 fine.

If you’re involved in a hit and run, then it’s critical to take the necessary steps so you don’t risk going to prison or paying hefty fines.

What to Do if You’re in a Hit and Run

Getting into a hit and run is very scary, especially if someone is injured. Your first instinct may be to flee, especially if you’ve been drinking or using drugs. Instead, you need to stop immediately, stay at the scene, help the injured party get the medical care they need, call the police, and collect evidence such as photographs and witness statements.

Gathering proof is crucial because the incident may not have been entirely your fault – and perhaps it’s not your fault at all. For instance, maybe a pedestrian wasn’t paying attention when they ran out into the street, or a driver was pulling out their car without looking at what was going on around them. You’ll want to note whether or not there were traffic or surveillance cameras around so that you can retrieve footage of the incident as well.

If you already fled after hitting a car or pedestrian, your instinct may be to turn yourself into the police. Instead, you should call up a West Palm Beach criminal defense attorney who can help you. This step is critical because you don’t know all the details of the crash and who is actually responsible, and the police may try to automatically pin it on you. Though you weren’t supposed to flee, you may not have been entirely at fault for what happened. The police could try to blame you for all of it and hit you with serious charges once you start answering their questions. These charges could only become more severe if you willingly tell them information without consulting a lawyer first. If you panic and lie to the police, the consequences could be much worse.

When you contact the police, they can come to your house or where you work for questioning. But when you call a criminal defense lawyer, they will get in touch with the police for you and you can avoid the embarrassment. Additionally, your lawyer will usually be able to see what evidence the police have before you make any sort of statement. If you’re on your own, you won’t get to see the evidence. You should also wait until you consult with a lawyer to file a claim with your insurance or try to get your impounded car back.

By working with a criminal defense attorney, you’ll have a much better shot of having your charges reduced or dropped altogether.

When you’re arrested for a hit and run, or you’ve committed one and have not yet turned yourself in, you should contact a West Palm Beach criminal defense attorney before you do anything. They will advise you on what steps to take to protect yourself and ensure you’re not doing anything that could be detrimental to your future.

The prosecutor needs to prove beyond a reasonable doubt that you were indeed responsible for the hit and run. If they can’t, then they will lose in court. Your lawyer will ask you what happened and what evidence you have to back up your side of the story. For instance, you might not have even known you hit someone or something when you were driving. The hit-and-run charges could come as a complete surprise to you. Your lawyer will do whatever they can to strengthen your case.

Typically, a majority of hit and run and other criminal cases will end with a plea deal. This means that your lawyer will advise you to plead guilty to some or all of the charges so that they will be dropped or reduced. For instance, if you’re faced with second degree misdemeanor charges, you might only have to spend 30 days in jail instead of 60 and you won’t have to pay a fine. This is just an example; either way, your lawyer will work hard for you.

If your lawyer doesn’t work out a plea deal, or you don’t want to accept one, they will fight for you in court. Usually, the prosecutor will want to avoid going to court because it is expensive and time-consuming, and they don’t want to overwhelm the criminal justice system. You may be able to avoid court, jail times, and fees and simply do community service or take classes instead. You really won’t know what the possibilities are until you call a West Palm Beach criminal defense lawyer.

What to Do If You’re a Hit-and-Run Victim

Let’s say a driver struck you, your car, or another personal belonging and then fled the scene. What now?

First, go to a safe area and check yourself for any injuries. Then, call the police. If you still see the car that hit you, try to memorize the license plate and/or take a photograph of it. Then, collect evidence like photographs of your injuries and damage to your car/other belongings and witness statements. Tell the police anything you remember about the incident, especially the make, model, and color of the car and license plate number if you have it. Once the police have assessed the damage, you should get medical help right away by going to your nearest doctor or hospital.

There, make sure you get a full check-up including X-rays, since you may not know the extent of your injuries. Follow your doctor’s treatment plan. Take your prescribed medications, go to specialists, and get tests done if you have to.

Since Florida is a no-fault insurance state, with personal injury protection insurance, your insurance provider will need to cover your losses. However, keep in mind that insurance companies always try to pay as little as they can get away with. Even if you have a minor injury, your medical bills could cost you thousands of dollars since healthcare is so expensive. Or, even if your injury isn’t a big deal right now, it could get worse over time. Instead of accepting a low offer, it’s always best in get in touch with a personal injury lawyer to try and get the compensation you deserve.

If the police find the hit-and-run driver, you could always sue them for punitive damages, since the driver acted in a reckless manner. You can sue for medical expenses, pain and suffering, and lost wages.

If you were involved in a hit-and-run as the driver, be aware that you could get sued for punitive damages. With a lawyer on your side, you can fight back against this.

Should I Use a Court-Appointed Lawyer?

In reality, court-appointed lawyers are working on so many cases at once that they won’t have the time to dedicate their energy to your case. They may have dozens of cases at a time because the criminal justice system is so backlogged. For you, this means that you could end up having to serve your full sentence and pay those large fines. Without private representation, you just might not have a fighting chance.

A private lawyer will cost you, but it’s going to pale in comparison to what you’d pay if you had to serve your full sentence. You could lose years of your life behind bars, and then when you get out, you may not be able to get federal college loans or grants, find a good job, or secure housing, since the government won’t loan you money for school, employers might not want to hire you, and landlords will be reluctant to rent to you. That’s going to impact you financially for the rest of your life.

When you have your consultation with private representation, ask them how they will charge for their services and what kind of costs you can expect. Then, you won’t be blindsided when it comes time to pay.

If you are facing hit and run charges in the state of Florida, then get in touch with criminal defense lawyers Meltzer & Bell. They have extensive experience and have done over 500 combined jury trials through verdict.

Meltzer & Bell have had many successes with their clients. One client was alleged to have been driving his truck with two passengers late in the evening when he was involved in a one-car accident in which his truck flipped over and hit a tree. Both passengers were injured and he allegedly fled the scene. Meltzer & Bell negotiated for their client and got the felony charges reduced to a misdemeanor. The defendant was not convicted and did not receive jail time or probation. Plus, his careless driving citation was dismissed.

If you’re ready to fight back, make sure you get in touch with Meltzer & Bell, criminal defense lawyers in West Palm Beach, today. Call (561) 557-8686 or contact us online here to schedule your free case evaluation. We’re standing by and ready to help with your hit-and-run charges.