Florida Legislators Focus on Texting, Cell Phone Use While Driving for Upcoming Session 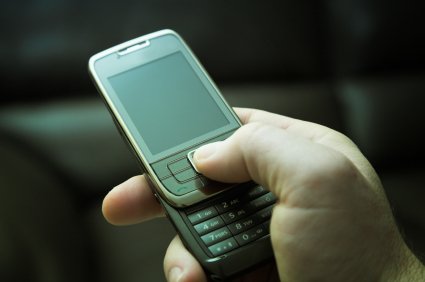 At least three bills have been prefiled for the upcoming session of the Florida Legislature that pertain to the use of mobile devices while operating a motor vehicle, indicating that the Legislature, or at least some factions, are interested in making the penalties for offenses surrounding distracted driving more severe.

Current law prohibits using any handheld device to read or transmit text or character-based communications while operating a motor vehicle. The offense is a nonmoving violation, punishable with a fine. For a second offense, it is punishable as a movable violation with three points assigned to the offender’s driving license.

However, texting while driving is only a secondary offense. This means that police officers in Palm Beach County or Broward County will not pull you over for the offense of texting of driving by itself – if an officer sees you texting and driving, he or she will not pull you over. However, if you are pulled over for another offense, like speeding, running a stop sign or an illegal lane change, and the officer suspects you are texting and driving, he or she may give you a citation.

One of the bills that was been filed would change that. Senate Bill 246, from Senator Maria Lorts Sachs of Delray Beach, would remove the requirement that the offense only be a secondary offense. This would allow police to pull a driver over if they allege he or she was driving and texting or driving and emailing, rather than merely citing the driver if he or she is pulled over for another offense. The bill would also increase the penalties for driving while texting in a school zone, doubling the fines a person could receive for the offense.

The other two bills target safety of minors surrounding distracted driving, but in very different ways. Senate Bill 492, from Senator Geri Thompson, would make it a nonmoving offense for a driver to operate a mobile device to send or read any type of text, email or instant message in a posted school zone or designated school crossing.

Senate Bill 460, from Senator Anitere Flores of Miami-Dade County, prohibits the use of any mobile communications device for any purpose – including texting, emailing, instant messaging and having voice calls – by a person younger than 18 while driving, handheld or not.

It’s not clear whether any of these bills would pass. They must be passed by a majority in both the House of Representatives and the Senate, and signed by the governor. However, it is clear some lawmakers are seeking to crack down on cell phone use while driving.