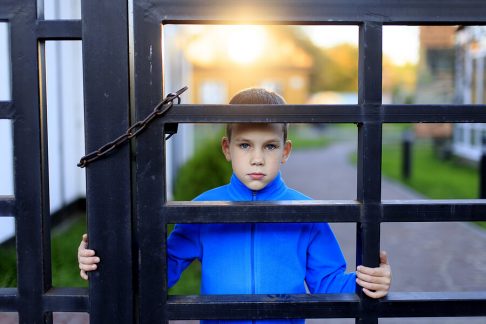 If you’ve been charged with assault, you should know you’re dealing with a severe crime. Unfortunately, most of the people in Florida may not be conversant with the law, which makes it challenging for them to understand the possible outcome of their cases.

The situation might aggravate when you’re charged with the assault of a minor. Any assault directed at an individual 18 years or below could lead to jail time and sometimes huge fines that can lead to financial distress.

In this article, you’ll learn the different forms of assault, the punishment for assault in Florida, and how you can defend against assault charges with the assistance of an experienced law firm.

What are the Different forms of Assault?

In Florida, you’ll not get a generalized assault case after assaulting a minor. There’s a chance that the prosecutor will group your assault case into any of the following categories.

In most cases, the degree of the misdemeanor plays a critical role in classifying the act of violence an individual has committed. For example, if you threatened to harm an individual, you have already committed an assault. In this case, the court will find you guilty of a simple assault. You don’t have to commit physical contact to be adjudged to have committed a simple assault.

A simple assault on a minor is usually classified as a second-degree misdemeanor. In this assault case, you’ll face some minor penalties that may include:

As you’ll discover, people who have been charged with aggravated assault have mostly had some form of physical contact either through hands or through other deadly objects. In most cases, aggravated assault is usually classified as a third-degree felony. This type of assault on a minor will likely attract the following punishments.

What Proof is Required for an Assault Charge in Florida?

For you to be charged with an assault charge on a minor, the prosecutor must table associated evidence. This is a critical aspect of the case as it can release you from it or lead to a guilty finding in court. Some of the proofs required to charge you with assault on a minor in Florida include:

The most reliable evidence that the prosecutor can present in court is physical evidence. Personal injuries, bruises, and torn pieces of cloth present enough evidence for a guilty charge. However, it has always been a challenge for prosecutors to access physical evidence, especially in simple assault cases.

In situations involving minors, corroborating evidence might prove you to be charged with assault. Any person who witnessed the assault can provide incriminating evidence in court. That’s why physical evidence is not the only proof required in assault cases, especially in simple assault charges.

As you can see, the evidence presented by the prosecutor is insufficient to lead to guilty charges. Therefore, a judge must believe that the evidence presented is accurate for you to suffer some of the punishments highlighted earlier. In such a case, there’s a high chance that you might suffer prejudice, which explains why you need an experienced attorney to defend you against such charges. 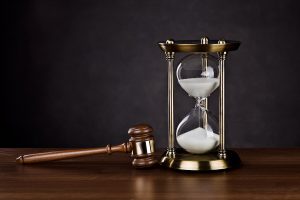 If you have been charged with assaulting a minor in Florida, you need to look for possible ways to defend against possible jail time and financial fines. Over the year, people have been able to defend themselves against assault charges. However, you must work with an experienced attorney to mount a solid and reliable defense. Here are some of the commonly used defenses against assault charges.

The first and most important defense you can use against assault charges is the lack of evidence. You need to look for gaps in the evidence presented, such as a lack of witnesses and video evidence. You can also work towards dismissal, especially if the corroborating evidence from the witness is inconsistent. Lack of evidence is a defense likely to dismiss the case immediately, especially if you convince the judges accordingly.

The aspect of mutual aggression creates a scenario where the accused has to institute self-defense mechanisms against aggression from the ‘victim.’ This means the accused did not initiate any aggression toward the victim. Over the years, most people charged with assault have used self-defense as a defense mechanism against possible assault charges. However, using this defense strategy is challenging when a minor is involved.

As you will discover, for an assault to exist, there must be an apparent ability to commit it. This means that the person accused of assault must be able to commit such a criminal offense. For example, if you’re buying fries from a drive-through pickup point and tell the attendant, you’ll punch them, this may not constitute an assault due to the barriers and the distance between you and the attendant.

It’s also essential to point out that you can negotiate a plea bargain as one of the defense strategies. You need to work with an attorney who understands how plea-bargaining works. A reduced sentence approach can be used to deal with simple assault cases. This is a welcome tactic that can help you to avoid a felony conviction. You can easily avoid extended jail time and associated fines.

If you’ve been charged with assaulting a minor, you should be prepared to handle a serious legal issue that may end up putting in in jail for many years. There’s also a chance that you’ll be required to pay huge fines, which could hurt your finances.

At Meltzer & Bell, P.A., we’re ready to work with you and defend you against assault charges. Our role is to assist you throughout the process while mounting a formidable defense that can set you free. Contact us today for a free case evaluation.