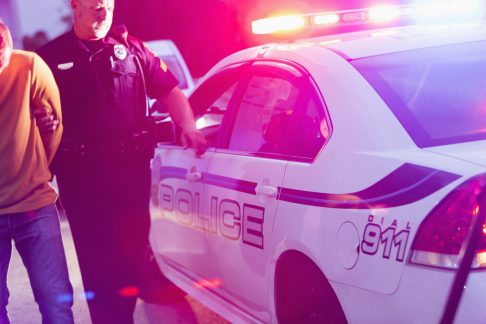 When you’re charged with DUI manslaughter in Florida, you may be wondering what that means and scared about the possible penalties you could have to face. Could you go to county jail or state prison? Will you have to pay thousands of dollars worth of fines? What would this do to your future plans? Could you ever get a good job again or live somewhere decent? Will this follow you around for the rest of your life?

DUI manslaughter is a serious offense and it can lead to severe consequences if you end up with a conviction on your record. With a criminal defense lawyer in West Palm Beach like Meltzer & Bell on your side, however, you have a much better chance of fighting the charges and possibly having them reduced or dropped altogether. Then, you can put this unfortunate incident behind you and move forward with your life.

What Is DUI Manslaughter?

Florida Statute §782.07 defines manslaughter as the killing of another individual through culpable negligence, your actions, or procurement. If you did not act appropriately, you were reckless, or there was misconduct and it led to another person’s death, then your crime would be classified as manslaughter.

There is voluntary and involuntary manslaughter. The former would apply if you intentionally acted in a way that led to another person’s death or you convinced someone else to partake in an act that led to another person’s death. The latter would apply if you committed culpable negligence, where you demonstrate a reckless and wanton disregard for human life as well as others’ safety.

Keep in mind that manslaughter is completely different from murder, which is premeditated or happens when someone is committing a crime, such as breaking into a house or robbing a bank.

In Florida, DUIs have been going down due to more education around drinking and driving as well as the surge in rideshare companies, but they are still a problem. In 2017, there were 5,125 alcohol-related crashes as well as 350 fatalities.

If someone drives while they are drunk or on drugs and then hits and kills a pedestrian, a cyclist, another driver, or anyone else, then they may be charged with DUI manslaughter. Depending on the circumstances surrounding the case, the charges could vary. An experienced DUI defense lawyer can ensure your rights and your future are protected.

Consequences for DUI Manslaughter in Florida

In the state of Florida, a DUI will typically be charged as a misdemeanor, but when a person is killed by a driver under the influence, then those charges get bumped up to a second-degree felony. If the defendant is convicted of this crime, they may have to go to prison for up to 15 years, go on probation for up to 15 years, and pay a fine of up to $10,000. The convicted person would need to serve at least four years in prison at a minimum. Additional consequences could apply. Your vehicle could be impounded, you may have to do community service and/or go through a DUI alcohol and substance abuse program and psychosocial evaluation, and your driver’s license could be revoked.

What Could Happen If You Have a Felony on Your Record?

If you have that second-degree felony on your record, it could spell trouble for you and your future. Unfortunately, a felony cannot be expunged from your record, so it’s going to be on there for life. This could hurt you when it comes to getting an education, housing, and a job.

You will not be eligible for federal student loans, for instance. If you want to go to college and you can’t afford it, you’ll have to turn to other sources instead, such as your savings and private student loans – which carry a much higher interest rate typically. If you can’t get a loan or funding, then you may not be able to go to college, pursue the career of your dreams, and make more money.

Additionally, employers may be reluctant to hire ex-cons, so you could have trouble finding a job, and landlords may not want to rent to you either because they could be worried. And if your car gets impounded and/or your license is revoked, then you may not be able to get around and have easy access to a good job or housing, either.

Fortunately, there are many different defenses for DUI manslaughter in Florida. While you may know of some, you likely don’t know the ins and outs of the entire legal system like a lawyer would. When you call up criminal defense lawyers in West Palm Beach Meltzer & Bell, we’ll ask you questions about your case and figure out if there are any other defensive positions we can take.

There are defenses you could come up with for your behavior and then for law enforcement’s behavior as well. In terms of you, perhaps you were not in actual physical control of the vehicle at the time of the incident. Maybe you were a passenger but since there were no witnesses, the cops pinned the DUI manslaughter on you.

Additionally, let’s say you were at a bar and you drank only a few sips of beer since you knew you had to drive later that night. Suddenly, when you were behind the wheel, you felt woozy and sick and ended up hitting someone with your vehicle. Perhaps your drink was spiked at a certain point and that led you to become much more intoxicated than you thought you’d be.

Sometimes, other factors that are out of your control can cause your BAC to be higher than usual. For instance, if you have hiatal hernia, acid reflux, or gastroesophageal reflux disease (GERD), which causes stomach acid to go into the esophagus, the food pipe that connects your stomach to your throat. If you did a breathalyzer test while experiencing these conditions, your BAC could register as more than .08% even though you had nothing to drink.

This could explain the DUI, but what about the manslaughter? A few scenarios may have occurred. For instance, sometimes cyclists disobey traffic laws and don’t use hand signals or stop at stop signs and red lights. If they were breaking the law and you hit and killed them, then you may not be at fault.

In another situation, let’s say you were driving with a high BAC caused by a health condition when a big piece of equipment fell from a construction site into the road. In order to avoid it, you had to swerve, and when you did, you unfortunately hit and killed a pedestrian. Again, you may not be responsible for their death.

In terms of the police, maybe they forgot to read you your Miranda rights or they didn’t tell you about the penalties you’d face if you refused to do testing after getting arrested. Perhaps they were too forceful with you or they misled you about a Breathalyzer or field sobriety test. Maybe they administered the tests wrong.

There are so many possibilities, and only an experienced criminal defense lawyer will be able to come up with your best defense. They’ll assist you in collecting evidence like video footage, photos, and witness statements that could help your case.

What to Do If You’re Getting Arrested for a DUI

Remember that before you get arrested for DUI manslaughter, you have the right to refuse to do any testing. This means that if an officer orders you to do a field sobriety test, you can refuse. Oftentimes, these tests involve a lot of hand-eye coordination and even if you’re perfectly sober and healthy, you may have trouble with it. You also don’t have to do a Breathalyzer before you’ve been arrested, and at any point during the legal process, you have the right to remain silent.

After you get arrested, you need to comply with law enforcement or else you could risk increasing your penalties and punishment for DUI manslaughter. If a police officer arrests you and then you have to submit to testing – like chemical testing – then make sure you do it. At all times, be as polite as possible. But you don’t have to admit to any wrongdoing. And as soon as you can make a phone call, contact a family member to call a criminal defense lawyer or call one yourself. The partners at Meltzer & Bell are on call 24/7 for this very reason – to be there when you need them the most. Don’t reveal anything other than what happened on the phone call, because the police could be recording your call to use it against you. Instead, wait until you meet with your lawyer to discuss confidential information.

Once you’ve been charged with DUI manslaughter, you will be given access to a public defender because you have a right to representation. While a free lawyer may seem like a great idea, it could end up hurting you and your future. Public defenders are notoriously underworked and overpaid. They don’t have the time or energy to focus on one case at a time or meet with you whenever you want to discuss the details of what’s going on.

When you hire a criminal defense attorney in West Palm Beach like Meltzer & Bell, we’ll be available to you whenever you need us. We give our full attention to each and every client, and we explain every step of the legal process so that you always know what’s going on. The law can be very confusing and we don’t expect you to understand everything, which is why we are happy to sit down with you and explain it.

We will also be fierce advocates for you in a time when your friends and family may not be able to help you and you feel alone. Getting charged with DUI manslaughter is serious, and we put our all into representing you. We’ll also help you figure out whether to take a plea deal or go to trial.

The majority of criminal cases end in a plea deal. This means that the case never goes to trial before a jury and instead the prosecutor and your lawyer will come up with an agreement that works for both parties. Typically, this involves reducing or dropping your charges if you plead guilty. However, there are other options.

Meltzer & Bell, criminal defense lawyers in West Palm Beach, have helped a number of clients who were facing severe criminal charges. In one case, the defendant was driving recklessly by straddling lanes and activating both turn signals without making any turns. In the end, she pled guilty to reckless driving and was not convicted of any criminal activity. This means her charges were dismissed.

In another case, a client approached us after getting his second enhanced DUI outside of five years. The State Attorney’s office offered additional charges, 24 months of probation, additional charges, and a 24-month driver’s license suspension, and we were able to help them avoid all of it. They only had a nine-month suspension on their license, 12 months of probation, and no jail time.

Right now, you feel like things are hopeless, but it’s just not true. Meltzer & Bell are here for you and they have extensive experience helping clients in West Palm Beach, Boca Raton, Delray Beach, Boynton Beach, and Lake Worth.

If you’re facing DUI manslaughter charges, get in touch with criminal defense lawyers in West Palm Beach Meltzer & Bell today at (561) 557-8686. Or, you can contact us online here. We’re looking forward to hearing from you and helping you out with your case.