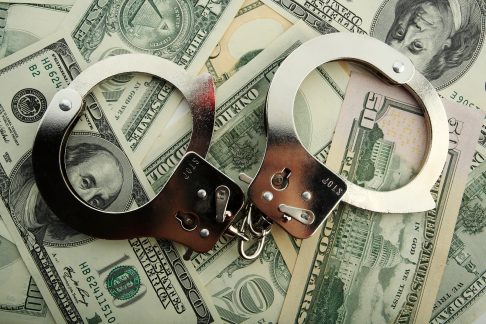 Some states have recently rolled back their drug possession charges and legalized certain drugs. For instance, Oregon became the first state to decriminalize drug possession for personal use in November of 2020, and cannabis is fully legal for medical and recreational use in many states including California, Colorado, Maine, Nevada, and Washington.

Florida, however, has pretty strict drug laws, even when it comes to cannabis. This means that if you’re caught with drugs, you could go to jail and/or have to pay hefty fines, among other consequences.

If you’ve been charged with drug possession and don’t know what to do, you can contact West Palm Beach criminal defense lawyers Meltzer & Bell for assistance. In the meantime, it’s a good idea to learn more about drug possession laws and what to do if you’re arrested for possession.

What Is Drug Possession?

In legal terms, drug possession means that you are holding a drug either for personal use, or you intend to distribute it. If you have intent to sell it, you will face much more serious charges. This is because the legal system wants to keep people from dealing drugs and ensure that drugs don’t keep circulating on the streets. To demonstrate that someone was going to sell drugs, a prosecutor might show that the defendant was holding a large amount of drugs, they had scales, baggies, or other equipment needed to sell it, they were carrying large amounts of cash, and/or there were witnesses who saw them dealing drugs.

Drug possession could also include drug paraphernalia, but only if there is evidence that the defendant was actually using it to take drugs. For instance, if someone has a bong, it could simply be decorative. If the bong has drugs or drug residue in it, then that could possibly be used as evidence.

In a drug possession case, the prosecutor will need to prove beyond a reasonable doubt that the defendant knew that the drug was a controlled substance and that they knowingly possessed it.

In Florida in 2018, 134,396 people were arrested for drug/narcotic offenses. Most of the people arrested were adult males, according to the Florida Department of Law Enforcement.

The drug laws can be found in chapter 893 of the Florida statutes. This lists controlled substances that are illegal in general, but some of the drugs are only illegal if you don’t have a prescription for them. The most common illegal drugs are in the state are cannabis, cocaine, methamphetamine, pills like Oxycodone and Xanax, designer drugs, heroin, and methadone.

You will be charged depending on the weight of the drugs in your possession. Even if you have a drug mixed with a large amount of a legal substance, the combined weight will be counted.

Florida categorizes drugs by different schedules depending on how likely someone is to abuse them.

Felonies and Misdemeanors for Drug Charges in Florida

The consequences of being arrested for drug possession in Florida include the following.

If you were caught with more than 10 grams of a Schedule One drug, you could be charged with a first degree felony. The penalty is up to 30 years in jail and/or a fine of up to $10,000.

If you possess more than 10 grams of any other controlled dangerous substance, it’s a third degree felony, and you may have to spend up to five years in prison and/or pay a fine of up to $5,000.

When it comes to trafficking, the common illegal drugs as well as the minimum weight limit to be charged with trafficking include the following.

For marijuana, it’s 300 plants or 25 pounds. Cocaine is 28 grams, LSD is 1 gram, hydrocodone is 14 grams, oxycodone is 7 grams, and MDMA/ecstasy is 10 grams. The sentencing is going to depend on the drug you have in your possession. You could get at least three years in prison and/or have to pay a fine of up to $50,000, or you could be sent away for life without the possibility of parole.

Keep in mind that if there is a mandatory minimum that comes along with your sentencing, you can’t get out of prison early or get credit for time served. And, if you are convicted of any drug crime, then you’re going to lose your driver’s license for a minimum of six months.

What to Do If You’re Arrested for Drug Possession

If you’ve been arrested for drug possession in Florida, you should never admit anything to the police. Instead, call up a West Palm Beach criminal defense lawyer, who will advise you on what to do. You have the right to stay silent, so you can exercise it by telling the cops you won’t say anything until you talk to your lawyer. Once you get to jail, you can make a call directly to a lawyer or ask a friend or family member to call them for you. You can definitely give the cops your name and address and treat them nicely and with respect. But anything beyond that is not necessary.

Let’s say you got arrested for a DUI or some other drug-related crime where they may want to do drug testing on you. Before you’ve been arrested, you don’t have to do any sort of tests like a breathalyzer or a walk-and-turn test where you walk in a straight line. However, after you’ve been arrested, if you don’t submit to drug testing, then you could face severe consequences. That’s why it is best to just do it then. Keep that in mind.

No matter what the situation is, you should call up a criminal defense attorney to help you with your case.

How a West Palm Beach Criminal Defense Lawyer Will Help You

Everybody in the United States has the right to representation. This means that if you cannot afford a lawyer, the court will give you one. When it comes to criminal charges, though, you should not use the court-appointed lawyer. They are often overworked, handling numerous cases at a time, and they won’t have the time to dedicate themselves to your case, too. They will not be very available to you or be able to guide you through the entire legal process. You just can’t risk your future by using the court-appointed lawyer, who may not be able to work out a good deal for you either.

Instead, find a private criminal defense attorney who is experienced with drug possession cases. They should be open to any and all questions you have and get back to you within 24 hours of making contact. Most of the time, criminal cases end in a plea deal; a great criminal defense lawyer will be able to work out the best deal possible so you don’t have to serve out your full prison term or pay high fees. They may be able to get your charges dropped completely.

Additionally, they will be your support and keep you in the know whenever something is happening with your case. They’ll gather your evidence and help you collect more if you need it. And, if your case ends up going to court, they’ll fight tooth and nail to get you the most ideal outcome possible.

They will come up with defenses for your drug possession charges. For instance, perhaps the police officers who found the drugs did an unlawful search. Maybe you were having some friends over and they brought drugs but you had no idea. Perhaps you purchased marijuana for recreational use only for yourself and didn’t know that if you had a certain amount, it would look like you were trying to sell it. Maybe the cops did an illegal pat down to locate drugs on you. There are so many explanations and ways that the cops may have messed up your case. Only an experienced West Palm criminal defense attorney will be able to come up with a solid defense that could help you win your case or get your charges reduced.

One of the ways they could get your charges dropped is by having you enroll in a pretrial intervention program. You might qualify if you had less than 20 grams of marijuana in your possession. If you don’t have other charges on your record or minimal charges and you complete the program, then the charges could be dropped. This would result in a dismissal of your case. In addition, you may be able to go on probation. You might have to go to a treatment center for drug addition, do community service, or comply with regular drug testing, but you won’t have to go to jail. This would be a huge accomplishment, since jail is not easy by any means.

If you’ve been arrested and you’re contending with drug possession charges in Florida, then it’s time to reach out to West Palm Beach criminal defense attorneys Meltzer & Bell.

Meltzer & Bell have extensive experience representing clients in drug possession cases. One client was in a dark alley park with her friend when an officer pulled up and stopped her, even though she was parked legally. They obtained consent to search her vehicle and found the drug Alprazolam. She was interrogated and admitted that the drugs were hers. Essentially, Meltzer & Bell argued that the stop in the alley and a failure to Mirandize the client resulted in a fifth amendment violation and an inadmissible confession. No charges were filed.

Another client was driving home from a friend’s house when she ran into a group of officers enforcing a COVID-19 curfew. They searched her car and uncovered a large bag of cocaine. Meltzer & Bell argued that there were legal issues with the traffic stop and that the client should be let off easy since she didn’t have a criminal history. She gladly agreed to participate in a diversion program, which involved a substance abuse evaluation and paying a small cost of prosecution in order to the case to be dismissed. In the end, her felony charge and curfew charge were both dismissed.

Meltzer & Bell are now ready to help you, so contact these criminal defense lawyers in West Palm Beach today. Call (561) 557-8686 or contact us online here here to schedule your free case evaluation. We look forward to helping you with your drug possession charges.