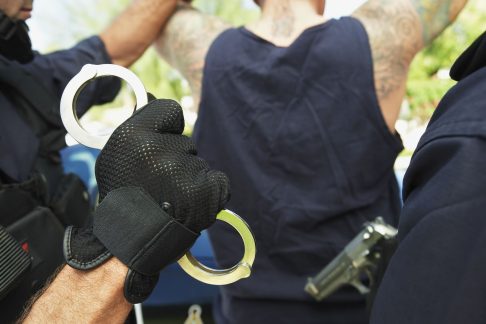 In most criminal cases, the law typically requires a police officer to make an arrest only when there is probable cause to show that an accused has committed an offense. However, because of the seriousness of domestic violence, the preferred arrest policy allows law enforcement to arrest an accused, whether they are accused of touching or hitting the victim.

The police often take some time to investigate the accusation of violence, but typically after the accused is arrested. The falsely accused will often have to deal with the painful and expensive consequences of a crime they did not commit. If you are falsely accused of domestic violence, you must get an experienced defense lawyer on your side to stand up for your rights and mitigate the pain and emotional suffering you would otherwise endure.

Why Do People Make False Allegations of Domestic Violence?

Domestic violence is a very serious offense anywhere in the country. In Florida, in particular, domestic violence has led to deaths and permanent disabilities. According to the Florida Department of Law Enforcement (FDLE), there were over 106,000 reported domestic violence cases in the state in 2020, leading to over 63,000 arrests. While the state’s preferred arrest policy was passed to protect the victims, the state’s enthusiasm does not extend to the many cases of false allegations of domestic violence.

False accusers know very well how seriously the State of Florida treats domestic violence reports and cases. They also know that a person accused of domestic violence will have their parental rights, such as spending time with the child and making decisions that affect the child curtailed. The primary motivation for false accusations is to gain the upper hand in child custody disputes.

Some people also make false claims about a person just to tarnish their character or to get revenge for an ended relationship. The severity at which the state treats cases of domestic violence forces some scorned exes to make false accusations knowing how damaging it can be to their family, relationships, and even work.

The effects of lying about domestic violence are often immediate, especially when the accused does not take the right steps to protect themselves from the accusations. The falsely accused may lose their home, get cast out by friends and family, lose their job, and even serve some jail time. Unfortunately, these damages are often hard to reverse, even if it is later proven that the alleged victim was lying.

What To Do When You Are Falsely Accused of Domestic Violence 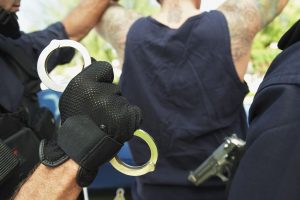 The first and most important thing you can do when you discover that you have been falsely accused of domestic violence is to remain calm. You may feel emotional devastation, even anger, but it is critical you do not act on them. Remember that you have legal and fair recourse, but only if you think clearly and act rightly.

While law enforcement officers may use the preferred arrest policy to arrest you, remember that the law requires the officer to determine the probable cause that a criminal act of domestic violence has been committed before deciding to enforce the policy. The officers may not need to evoke the policy if you remain calm and composed.

If you are arrested, you should remain calm throughout the process and comply with the arresting officer’s instructions. Arguing and trying to prove a point at this time may only harm you later; remain quiet and wait for your moment to present your argument.

It is also critical that you do not sign any documents or statements, or make any admissions of guilt of anything, no matter how minor. Do not attempt to make a deal with anyone either; remember you are innocent until proven guilty. At this stage, the law allows you to maintain silence until you consult with your defense attorney.

Any accusation of domestic violence is considered a serious offense in Florida and can ruin your life. To avoid the severe consequences of something you did not do, you need a legal expert on your side from the moment you are arrested. If you are in Palm Beach, Broward, Fort Pierce, Stuart, or Miami, this is the moment you should call Meltzer & Bell Criminal Defense Lawyers.

You deserve fair legal representation and an aggressive and effective criminal defense team with experience in domestic violence and domestic violence accusations to fight for you. The court system in Florida is complicated, and the sensitivity and severity of domestic violence cases often lead to innocent defendants being unjustly punished.

A good team of lawyers will help you bring the truth of what happened to light and protect your legal rights. They will help you understand the charges the prosecution has brought against you and what evidence they intend to produce in court. As defense lawyers, we will use our expertise to find discrepancies and holes in the case and find evidence that the accuser is lying about domestic violence.

The enthusiasm with which the State of Florida pursues domestic violence cases have led to many people being falsely jailed, fined, and their lives irreversibly ruined. When a false accusation is made against you, you have a good chance of proving the truth when the right law office is fighting on your side. If you find yourself in this situation, contact the office of Meltzer & Bell Defense Lawyers at the earliest opportunity and we will help you fight the accusations and get your life back.