BAC For a Driver Under 21: What Is The Legal Limit? 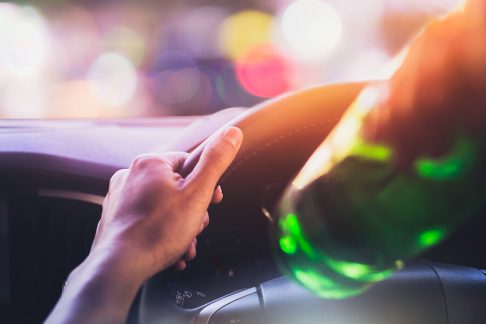 Underage drunk driving is a critical concern in Florida. Anyone under the age of 21 is forbidden from drinking alcohol, although several young people drink anyway. People over the age of 21 are already severely punished for driving under the influence of alcohol, and the state is even less forgiving with underage drunk drivers. So an individual under 21 years of age who drinks and drives a vehicle may find themselves in serious trouble for DUI (Driving Under the Influence).

The Florida Statutes § 322.2616 presents a much lower presumptive intoxication limit for persons under 21 years of age than those 21 and older.

If you or your loved one has been charged with or arrested for underage DUI, contacting a DUI attorney should be one of the first things you consider. An experienced DUI lawyer can help you or your loved one navigate the already complex legal system and ensure you get fair treatment. Contact our DUI lawyers from Meltzer & Bell, P.A today. Florida has severe penalties for underage DUI, which could have lasting, life-changing consequences.

The state of Florida follows a Zero Tolerance policy when it comes to underage drinking and driving and, as a result, imposes severe consequences and penalties for any violations of this policy. These strict penalties also carry serious long-term consequences to the person convicted of underage drunk driving.

Penalties for Underage DUI in Florida

Underage drunk drivers cannot face jail time for a DUI conviction in Florida, but that does not mean there are no harsh penalties for these individuals if they get pulled over for driving while intoxicated.

If you are convicted of a DUI under 21, your sentencing could include the following penalties:

If you are facing an arrest for driving with a blood alcohol concentration (BAC) level of 0.02% or above, your penalties could include:

If you are facing an arrest for driving with a blood alcohol concentration level of 0.08% or above, you will be faced with the same penalties as if you were 21 years of age or older. The penalties for DUI with a BAC of over 0.08% are harsh:

Under 21 drunk driver convicted for refusing blood or breath test

Getting arrested for refusing to perform a blood or breath test is treated as refusing to reveal your BAC level. This can result in the following penalties:

Underage drunk driving cases are not processed through the standard criminal DUIs. Instead, they go through an administrative process handled by the Florida Department of Highway Safety and Motor Vehicles.

Do First-Time Under 21 DUI Offenders Face Jail Time in Florida? 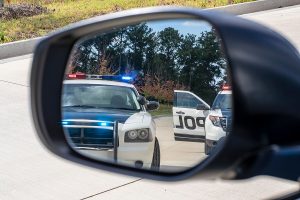 First-time underage DUI offenders will only go to jail if their blood alcohol concentration level is 0.08% or higher. However, the offender may go to jail for additional charges like possession of alcohol while under the age of 21.

The Impact of Under 21 DUI conviction

Beyond the legal consequences, including license suspension, community service, and alcohol education programs, being convicted of driving under the influence of drugs while under 21 years could have serious, widespread, and long-term implications throughout your life.

With a juvenile criminal record, your opportunities can be affected in several ways. The record from an underage DUI could impact your chances of getting accepted into certain universities and colleges, getting scholarships, joining the military, and gaining special professional licenses like a license to carry a firearm. Future employment or housing opportunities may also get compromised, and your reputation can get tarnished in your local community.

Even if an under 21 DUI offender is legally permitted to drive again, the auto insurance cost for the individual will likely skyrocket. Auto insurance premiums for inexperienced drivers are already high, and an underage DUI conviction will only make them triple.

Thankfully, you may be able to get your juvenile criminal record expunged, which helps erase from the record any criminal offenses of a qualifying individual. This helps you avoid the harsh effects and protect your future without the criminal mistake hanging over your life. If you want more information about the expungement process to erase any juvenile charges from your record, speak to our team now to discuss your options.

Get Experienced Defense From a DUI Attorney

Having a record of DUI criminal conviction at an early age can affect your entire life. On top of the instant penalties and consequences you face, this record can easily ripple through the rest of your future life.

However, all DUI charges can be fought. You are entitled to a fair process even if you or your loved one is underage. Besides, to legally pull over an individual on suspicion of a DUI, the arresting officer must ensure they have probable cause. And the officer must properly conduct a breath or blood test. Failure to properly gather evidence can make a case inadmissible in court. This may mean your attorney can help you negotiate a lesser charge or even have the case thrown out entirely.

At Meltzer & Bell, P.A, our West Palm Beach DUI defense lawyers can work to help you advocate for your rights. Our attorneys will listen to your case and can help you understand what to expect as it proceeds. Call us today at (561) 557-8686 or schedule a free consultation with a leading DUI lawyer with experience handling DUI cases for under 21 individuals.

Prosecutors are often aggressive and strict when it comes to DUI charges. Don’t fight alone!