Assault with a Deadly Weapon 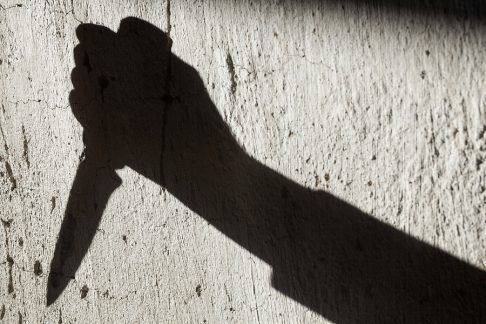 If you’re facing assault with a deadly weapon charge in Florida, then it’s time to take action and hire West Palm Beach criminal defense lawyers Meltzer & Bell. First, learn more about your charges and then get in touch once you decide what to do.

What Is Assault With a Deadly Weapon?

A deadly weapon can be an object that is not inherently dangerous but could inflict harm or cause death if used in a certain way. For example, a golf club is not normally a weapon, but it could lead to serious damage. Other examples include baseball bats, knives, glass bottles, cars, blunt objects, gardening tools, and steel-toed boots.

If the deadly weapon was a gun, a pipe bomb, or another destructive device, then the charges would be bumped up, since these can cause much more harm.

Examples of Assault With a Deadly Weapon

There are numerous examples that could qualify as aggravated assault in Florida. For instance, let’s say two people were drinking too much at a bar and got into a fight. One of them broke a beer bottle and cut the other person with it. That would count as assault with a deadly weapon.

In another example, a husband and wife get into an argument. The wife gets angry with her husband, so she picks up a heavy vase and slams it over his head. She could be arrested and face charges for aggravated assault.

Assault With a Deadly Weapon Charges in Florida

The state of Florida does not take assault with a deadly weapon charge lightly. It is a felony of the third degree, which means that if you are convicted of this crime, you may have to go to prison for five years, go on probation for five years, and pay a $5,000 fine. If the deadly weapon was enhanced, then you will have to go to prison for at least three years. If you assaulted a public safety officer, then the felony charges would be bumped up to second degree.

Keep in mind that you can get charged for threatening assault with a deadly weapon as well. Even if you didn’t use the weapon, you could still face time behind bars and other severe penalties. For example, if you pointed a loaded gun at someone and threatened to shoot them, then you could get arrested and charged.

Defenses for Assault With a Deadly Weapon

There are defenses for assault with a deadly weapon in Florida that could apply to your case. The most obvious one is self-defense. If you felt that the person you assaulted was going to assault you first, and you were simply protecting yourself, then that information could get you off the hook for the alleged crime that took place.

Additionally, if you were protecting someone else from the person you assaulted, that might qualify as self-defense. For example, let’s say an abusive boyfriend is threatening his girlfriend and her child. He attempts to attack her child, so she grabs a baseball bat and hits him to ward him off. The assault with a deadly weapon charges might not hold up if she can prove self-defense was at play.

If you threatened to assault someone but did not actually follow through, then this is not assault with a deadly weapon. Even if you directly threatened to hurt someone with a deadly weapon if something happened in the future but you never took action, then you could not be charged with aggravated assault. For instance, if you tell someone, “If you ever come near my girlfriend again, I’m going to stab you,” this would not qualify as aggravated assault.

Perhaps the assault never actually happened, and someone is falsely accusing you of attacking them. Maybe an ex is trying to get back at you or a disgruntled colleague is trying to cause you harm. You might be able to show that this is the case if you have proof.

If there was any wrongdoing on behalf of the police, then you could have another line of defense. For instance, they might not have read you your Miranda rights when arresting you, or they did an illegal search and seizure when they found the alleged deadly weapon on you. Since you might not be familiar with how an arrest is supposed to occur, you’ll need to tell your West Palm Beach, criminal defense lawyer, every single detail about your arrest to see if there was any misconduct.

Evidence in an Assault With a Deadly Weapon Case

In order to be convicted, the prosecutor has to prove beyond a reasonable doubt that you are indeed guilty of assault with a deadly weapon. This means they need the right evidence to show you committed this crime. On the flip side, if you have evidence to prove you are innocent, then you may not end up being charged.

For instance, perhaps you have witness statements from people who saw what happened, and they can testify that you were acting out of self-defense. If you were in a public place when the alleged assault with a deadly weapon occurred, then there might be video footage of the incident. You could potentially get in touch with the owners of the video cameras and use that footage in your defense.

In addition, you might have photographs of your injuries to show that the alleged victim was the one who actually assaulted you. You could also use text messages, emails, and other forms of communication to prove your case. For example, maybe the alleged victim was sending you threatening text messages or harassing you by calling you repeatedly. If they have a prior police record because they’ve gotten into trouble with law enforcement in the past, that could work in your favor.

Really, you won’t know what your defense should be or how you can fight these charges unless you get in touch with a criminal defense lawyer. They will come up with a defense strategy so you have the best chance of winning your case.

Should You Use the Court-Appointed Lawyer?

If you’re convicted of assault with a deadly weapon, you could lose years of your life as well as thousands of dollars in fees.

The effects of your conviction wouldn’t go away after you get off of probation, either. If you want to go to college and get a degree once you’re out of prison, you may have a tough time paying for it because you won’t be able to access federal loans and grants. It could be hard to find a well-paying job without a degree, or any type of job, since employers typically are worried about hiring criminals – especially ones with such serious charges on their record. You would be a liability, and they would likely not be willing to take that risk. The same goes for landlords, who may not want to rent to you because they believe you’re dangerous.

This is why it’s critical that you hire the right representation to help you fight these charges. While a court-appointed lawyer is free, they may not have the experience and the time to dedicate to your case. They are usually overworked and dealing with several cases at once. They won’t be able to give you the personalized attention you need and work hard on your case since they have other cases to worry about.

Even though you’ll pay for a criminal defense lawyer, you’ll potentially save much more money in the long run. They may be able to get your charges reduced or dropped, and you could feel secure knowing you have a chance at a better future.

Why You Need to Hire a Criminal Defense Lawyer Now

As soon as you get arrested for assault with a deadly weapon, you need to hire a criminal defense lawyer. It’s important not to tell the cops any details about your case; otherwise, you could be incriminating yourself. You shouldn’t even post bail without first consulting with a West Palm Beach criminal defense lawyer. Otherwise, you could end up paying unnecessary bail money.

When you get in touch with your lawyer, they are going to ask you for details about your case and if you have any evidence to prove your side of the story. They will listen to your version of the events that transpired and hear you out. They will ask you if you have notes on your arrest that could show if the police did anything wrong.

Then, a few things could happen. They may determine that it’s better for you to plead guilty in order to get your charges reduced. This is what happens in most cases. Prosecutors would rather take this route than go to trial because it’s simpler. Plus, the prisons are already crowded and they may not want to clog them up more.

Your West Palm Beach criminal defense lawyer could fight on your behalf and get your charges dropped altogether. For example, they might be able to prove that you were acting out of self-defense, and assault with a deadly weapon does not apply in your case.

If need be, your lawyer will take your case to trial and work hard for you. As long as you hire an experienced lawyer, you will have a fighting chance.

Meltzer & Bell are aggressive West Palm Beach criminal defense lawyers that have worked on over 500 combined jury trials through verdict. In one case, they represented a client who was accused of aggravated assault on a law enforcement officer with a deadly weapon, aggravated assault with a firearm, and disorderly intoxication. The client was scared that a security guard was going to rob him, so he opened his front door while holding a gun to ward off the security guard. However, two cops were standing there. When the two cops arrested him, the security guard did end up robbing him. Meltzer & Bell worked with the Palm Beach County State Attorney’s Office, and they did not file charges against the client.

In another case, a client was charged with aggravated assault with a firearm after allegedly threatening his brother with a firearm. He was facing a mandatory three years in prison. Meltzer & Bell secured a sworn affidavit from the client’s wife that showed a totally different picture of the events that transpired. And, in the end, the felony case filing lawyer didn’t end up filing any charges.

If you have been charged with aggravated assault/assault with a deadly weapon in Florida, Meltzer & Bell are ready to assist you. Get in touch with these criminal defense lawyers in West Palm Beach today. All you need to do is call (561) 557-8686 or contact us online here to schedule your free case evaluation. We look forward to hearing from you and helping you with your case.