Against a Police Officer: What Are the Penalties? 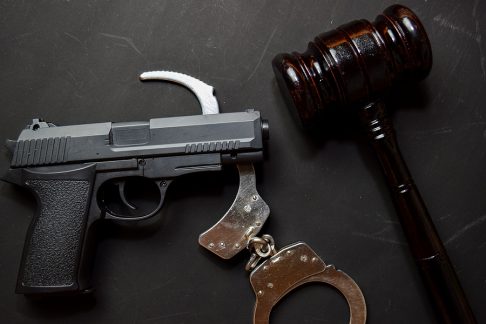 Assaulting a police officer is considered a violent felony, no matter the type. Usually, probation isn’t an option, putting you in prison from two years to life imprisonment.

The court of law takes all kinds of assault seriously. But, those against police officers are considered horrific. The court won’t support you, making you risk many years in prison.

What Does Assaulting a Police Officer Mean?

The criminal law factors categorize an assault as a specific or general intentional crime. Assault is usually described as a purpose to create rational uneasiness of instant bodily harm. That definition applies whenever someone perpetrates the general-purpose crime of assault, for example, the threat of assault.

If someone charges you with the specific intentional category of assault, it’s often defined as a purpose to perpetrate criminal battery, such as assault  and attempted battery.

Note that the definition above will differ by jurisdiction. Besides, a few states chose to merge the assault and battery crimes into a single criminal conduct inside their state criminal regulations.

Most states don’t acknowledge the crime of assaulting a police officer as different; they consider the act an ”aggravating factor”. The factor is a component that transforms crime assault allegations into crime offenses, which are often more severe crimes.

The offense of assaulting a police officer allots similar elements to simple assault. What intensifies the degree of the crime is if one commits it against a police officer. Thus, a conviction can lead to a cruel penalty.

How Can a Police Officer Assault Occur?

For example, suppose someone wanted to hit a police officer with their vehicle intentionally when the officer tried to stop them, resulting in serious physical injury. In that case, this would be classified as an assault on a police officer.

What Are the Different Types of Charges for Assaulting a Police Officer?

Assault on a police officer can be split into three diverse classes:

What Penalties Can I Receive for Assaulting a Police Officer?

Punishments for assaulting a police officer may depend on the jurisdiction prosecuting the incident. It also depends on the situation surrounding a specific matter. Possible punishments that an accused could get include probation, parole, and restitution. Others are jail, or prison sentences, community service, and criminal fines.

Due to the severity of an offense, an accused defendant usually needs to spend some period in a state prison or county jail. Reviewing the laws in a jurisdiction and comparing them with the given facts helps determine the degree of assault on an officer and the jail time a defendant could receive.

For instance, an accused who perpetrates assault and battery on an officer of the law can serve a longer jail term than someone who only assaults an officer. Besides, a defendant must consider how a jurisdiction categorizes the crime. For example, Class C vs. Class A, misdemeanor vs. felony, violent vs. non-violent.

If you’re charged and accused of perpetrating a Class A violent felony, you could face a prison sentence.

What Are the Defenses of Assaulting an Officer? 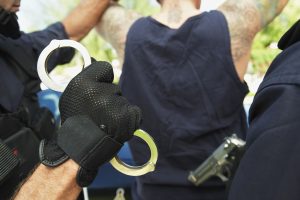 As mentioned earlier, defenses against police officer assaults are unforeseen on the constitution of specific authority and the basis of a particular crime. But, most defenses that an accused could raise are:

It’s crucial to understand that the above-listed defenses might not appeal in all cases and may not also present as a total defense against the allegations. A minor could state age as a defense; the court may not dismiss the case based on age alone. Instead, they may use age defense to limit the gravity of the penalty.

What Can Occur Besides a Conviction?

Besides other convictions, if you’re charged with assaulting a police officer, you may face paying fines, fees, or restitution to the aggrieved party.

Felony assault on an officer can attract a fine of about $5,000, and you may need to pay fees. These could range from a compulsory surcharge fee of $300 to a victim assistance fee.

What Happens after a Conviction?

Irrespective of the category or degree, assaulting a police officer is a serious and violent crime. An interval of post-release supervisionspanning from 1 ½ year to five years follows any conviction. During this period, you have to abide by specific rules. These include possible limits on travel, using illegal substances, and not communicating with people with criminal records.

You may also need to abide by a strict schedule to keep to a curfew and attend work or school. You may be sent back to jail for a given period if you break these rules. Thus, if you’re charged with assaulting a police officer, you immediately need a criminal defense attorney. Some reputable law firms have experienced criminal defense attorneys who will educate you on your legal rights and protect those rights.

What to Do If Charged for Assaulting a Police Officer

People must know the penalties for assaulting a police officer. Generally, assault is considered a serious criminal offense. But when it pertains to the felony of assaulting a law enforcement officer, you may face a prison term.

Are you currently facing charges of assaulting a police officer? Contact a violent crimes lawyer today?