Accessory to Murder or Accomplice: What’s the Difference? 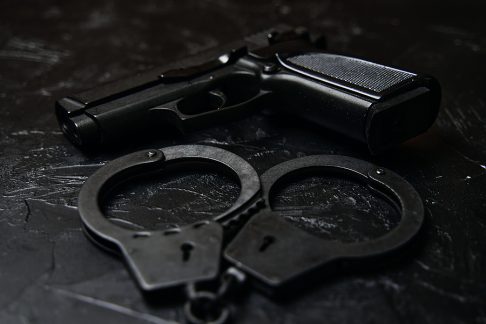 You may have heard about the terms accomplice and accessory to murder and wondered if they mean the same thing. The two terms stand for different types of crimes.

They are connected to helping a principal offender but in different ways. Let us explore them to help you understand who an accomplice is and who an accessory to murder is.

What is Accessory to Murder?

An accessory to murder is a person who assists a principal offender before or after the murder. An accessory before the fact learns about the intended murder. However, he or she fails to prevent it or inform the authorities.

The accessory before the fact does not participate or assist in planning the murder. He or she does not help the principal offender commit the murder and is not at the crime scene.

He may assist the principal offender by housing him or facilitating movement to the crime scene. He may also assist in procuring objects such as knives, knowing that the offender intends to use them for the crime of murder.

What is an Accessory to Murder After the Facts?

You may not be considered an accessory to murder in a case where a minor is murdered in a home in which you are a victim of domestic violence. The prosecution must prove that the offender is guilty of murdering the minor.

Is Being an Accessory to Murder a Crime in Florida? 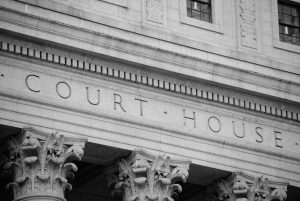 Accessory to murder is a criminal offense in Florida. It is also referred to as aiding and abetting a murder. It is charged as a felony in most criminal codes.  You are charged depending on the degree of murder the principal offender is accused of.

In Florida, murder is defined as the “unlawful killing of another person without justification or valid excuse, especially if the killing was aforethought and out of malice.” First-degree murder is both premeditated and willful.

This means the murder was planned, and the offender waited for the appropriate time and circumstances to commit it. First-degree murder is characterized by the elements of premeditation, willfulness, and deliberation.

Second-degree murder is not premeditated. It is caused by the careless acts of the offender or the offender’s disregard for human life.

On the other hand, a third-degree murder is unintentional and unpremeditated. The offender may have intended to harm the victim in another way but not through murder. It is also called manslaughter.

A first-degree murder attracts a life or death sentence for both the offender and the accessory before the fact. This sentence may not have an option for parole.

In Florida, second-degree murder is punishable by life imprisonment, life on probation, and a fine of up to $10,000. This sentence may apply for a principal offender and accessory before the fact.

Third-degree murder carries potential imprisonment of up to 15 years for both the principal offender and the accessory before the fact.  However, the punishment for an accessory after the fact is slightly lenient.

The law considers that the accessory after the fact learns about the crime after it has been committed. They did not aid in the commission or the furtherance of the crime. They could not have prevented it since they were not aware the principal offender was planning to commit it.

Besides being charged with accessory to murder after the fact, you may be charged with other crimes such as destroying evidence, obstructing law enforcers in their line of duty, or being found in possession of stolen goods. These additional charges will draw further punishment under the Florida laws.

Is There Defense for Accessories to Murder

Some of the legal strategies the defense attorney for an accessory to murder may use:

Who is an Accomplice?

In a crime of murder, the accomplice may facilitate by providing information about the whereabouts of the victim, knowing that the offender intends to murder the victim. The accomplice may be the one who hires or loans a murder weapon to the principal offender.

You may also be an accomplice if you are the one who turned off the alarm system on premises where you knew a victim would be murdered. Complicity differs from conspiracy.

Charges for Accomplices and Conspirators

Conspiracy is considered a separate crime from the actual crime the conspirators may be involved in. If the prosecution can prove that there was intent and an agreement to commit a murder, you may be found guilty of conspiring to commit a murder.

In Florida, conspiracy is assigned a charge a level lower than the charge of the actual crime. For instance, if you are a conspirator in a murder, ranked level 10, the conspiracy crime will be ranked level 9 in severity.

Accomplices face similar charges as principal offenders. The accomplice may not commit the actual crime, such as pulling the trigger, but they are involved in the whole process.

They are aware of the intended murder, agree with the plan for murder, and aid the principal offender in committing the murder. After the murder, the accomplice may also be involved in tampering with evidence, assisting the offender escape, or evade arrest.

In addition, you may be an accomplice in a crime you were not aware of. For example, your friends may request you to drive them to a house where they intend to commit a murder. Without knowing their intentions, you may agree to take them. However, if they commit the murder, you will be charged as their accomplice in the crime.

Is there a defense for Accomplices to Murder?

If you are accused of being an accomplice in a murder, your defense attorney may use the following strategies to defend you:

You may not have succeeded in averting the murder, but if you withdrew your support, rendered your support ineffective, and informed authorities, you may show that you were not an accomplice to the murder.

Have you been charged with a crime in Florida? Reach out to Meltzer & Bell, P.A, a team of attorneys with a proven track record of success and dedication. We are aggressive and effective in defending our Florida clients. Contact us now and request a free case evaluation.