While many states have relaxed marijuana laws, Florida has not. Marijuana trafficking still carries severe mandatory minimum prison sentences, which depend on the number of plants or amount of marijuana involved.

Our skilled and knowledgeable West Palm Beach marijuana trafficking defense lawyers have over two decades of combined experience helping clients like you. To learn more about what Meltzer & Bell, P.A. can do for your marijuana trafficking case in Palm Beach County, call (561) 557-8686 today to schedule your initial case consultation free of charge. 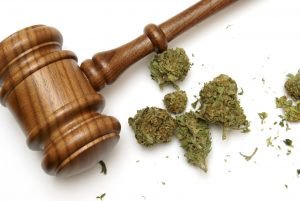 Marijuana trafficking is covered by Fla. Stat. § 893.13 which bans the sale, manufacture, delivery; or possession with intent to sell, manufacture, or deliver marijuana. Marijuana, or “cannabis” as it is referred to in the Florida statutes, is banned as a “controlled substance” by Fla. Stat. § 893.03(1)(c). Trafficking in any form, or possession with intent to distribute, can result in a third-degree felony conviction under Fla. Stat. § 893.13(1)(a). If convicted of marijuana trafficking as a third-degree felony you face:

Harsh mandatory minimum sentencing penalties apply in these cases, and the severity varies depending on the amount of marijuana.

If the amount of marijuana involved is 10,000 or more pounds or individual plants, the mandatory minimum penalties are:

For purposes of determining the number of “plants” involved, Fla. Stat. § 893.135(1)(a) defines a “plant” as including, but not limited to, seedlings and cuttings. It is counted as a separate individual “cannabis plant” under Florida law if it has some readily observable evidence of root formation, such as root hairs.

Regulate Florida — This group has a mission to create a practical and enforceable framework for adult use of marijuana. On the website, you can learn more about the organization, its Board of Directors, and ways to get involved. You can also download petitions.

United for Care — This campaign is run by People United for Medical Marijuana (PUFMM). You can get facts, find stories of care, and learn answers to frequently asked questions on this website. There are also sections dedicated to news, videos, and a calendar of upcoming events.

Florida NORML Chapters — The National Organization for the Reform of Marijuana Laws (NORML) is an American non-profit organization. This website lists the different chapters the organization has in Florida. You can learn more about current legal issues, news releases, and ways to take action.

If you have been arrested for marijuana trafficking anywhere in Palm Beach County, including Palm Beach Gardens, Greenacres, Lake Worth, Royal Palm Beach, Riviera Beach, or any surrounding areas, contact Meltzer & Bell, P.A. If you are considering the assistance of an attorney as a part of your defense strategy against marijuana trafficking charges in the West Palm Beach area, it is best to contact an experienced criminal defense attorney at the first chance after you are arrested.

Lawrence Meltzer is a former felony special unit prosecutor and Steven Bell is a former major crimes public defender. Your first consultation with Meltzer & Bell, P.A. is free, so call (561) 557-8686 today and schedule your appointment.