Immigration Consequences of a Conviction

A criminal arrest, charge or conviction can have a serious impact on anyone’s life for an extended period. Non-citizens, unfortunately, must worry about the consequences to their immigration status in conjunction with the statutory penalties for their crime. A non-citizen could face mandatory detention, ineligibility for naturalization, face intense restrictions on readmission into the United States or be deported entirely.

If you or someone you know has been arrested as a non-citizen for a crime, it’s within your best interest to gain legal representation right away. It’s important to note that as a result of the United States Supreme Court’s 2010 decision in Padilla v Commonwealth of Kentucky, lawyers can no longer refrain from discussing the immigration consequences of a conviction when they are representing non-citizens of the United States.

Having an attorney with extensive background in immigration cases and law will give you the edge you need to avoid the immigration consequences of your charges. Don’t wait another moment and contact an experienced defense attorney today.

Are you an immigrant to the United States who is now facing criminal charges in South Florida? Meltzer & Bell, P.A. can provide you with a full understanding of the nature of your alleged offense and fight to achieve the most favorable outcome. We handle a wide variety of criminal cases, although we do not represent people in specific immigration matters.

Overview of Immigration Consequences of a Conviction in FL

What’s the Difference Between Inadmissibility and Deportation?

The Immigration and Nationality Act (INA) establishes the procedures that are used to determine whether an immigrant can be removed from the United States. The procedures vary, depending on the specific circumstances of the immigrant’s legal status. Generally, most immigrants are entitled to formal proceedings before immigration judges, but some immigrants are not entitled to such hearings and can be ordered to be removed from the country.

There are essentially two types of possible actions:

Criminal Convictions That Are Grounds for Inadmissibility in the US

Whether the crime was committed within the United States or abroad, a criminal charge can have a serious impact on your immigration status if you are a non-citizen. Certain criminal convictions can be considered basis for your and exclusion for re-entry as the conviction “proved” you were a “danger” to the country.

Conviction for any of the following crimes can be grounds for prohibition of re-entry into the United States for a non-citizen.

The term “terrorist activity” refers to any activity that is considered unlawful in the U.S. and which involves the following factors:

What Crimes Could Get Your Deported in the United States? 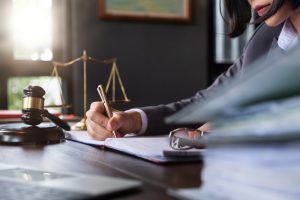 In the United States, if a conviction for certain crimes can mean automatic deportation. It can be a bit confusing as these regulations apply both federally and on the state level, so it’s important you’re aware what crimes are grounds for deportation for both the state of Florida and the United States of America. Under the U.S. Code both “aggressive felonies” and “crimes involving moral turpitude” (CIMT) are grounds for deportation.

The Immigration and Nationality Act in the U.S. Code lists crimes which are considered to be “aggressive felonies.” A conviction for any of these crimes can be considered reasonable grounds for deportation.  These crimes include:

Other crimes that are grounds for deportation under the U.S. Code that aren’t defined as aggressive felonies include the following:

What is a Crime of Moral Turpitude or CIMT in the United States?

There is no specific definition for “moral turpitude” under the U.S. Code. Opinions from the Board of Immigration Appeals have described it as a “nebulous concept” that “refers generally to conduct that shocks the public conscience as being inherently base, vile, or depraved, contrary to the rules of morality and the duties owed between man and man, either one’s fellow man or society in general.” Essentially, if the judge or immigration official believes the crime is morally unjust, it may be considered a crime of moral turpitude.

Some examples of CMT crimes from individual cases include:

Immigration Consequences for a Criminal Conviction in the U.S.

Deportation and inadmissibility are not the only possible consequences of guilty pleas. Depending on the crime to which an immigrant pleads guilty, he or she could possibly face:

United State Immigration Laws – Visit the official website for the U.S. Code to take a look at Chapter 8 Section 1182 regarding immigration consequences of a criminal conviction. Access the site to learn exceptions to the rule, grounds to take away your visa and more.

If you are not yet a legal citizen of the United States but were recently arrested for any kind of crime in South Florida, it is critical for you to have dedicated legal counsel. Meltzer & Bell, P.A. represents immigrants in such areas as Royal Palm Beach, Boca Raton, Jupiter, Boynton Beach, and Lake Worth.

Our West Palm Beach immigrant defense attorneys make themselves available 24 hours a day, seven days a week so we are constantly available to our clients. We can review your case during a free consultation when you call (561) 557-8686 today.