To prove the crime of second-degree murder, the prosecutor with State Attorney’s Office must prove the following three elements beyond a reasonable doubt:

For purposes of Florida’s second-degree murder statute, the term an act is “imminently dangerous to another and demonstrating a depraved mind” if it is an act or series of acts that:

In order to convict of second-degree murder, it is not necessary for the prosecutor with the State Attorney’s Office to prove the defendant had an intent to cause death.

If you were charged with a homicide crime, such as first-degree murder, second-degree murder, or manslaughter, then contact a criminal defense attorney at Meltzer & Bell, P.A.. We can help you understand the homicide charges pending against you, the typical penalties for that offense, and ways to aggressively fight the charges. 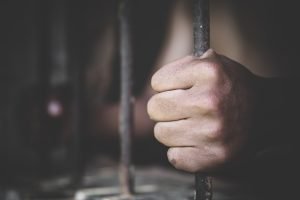 A charge of second-degree murder in Florida is classified as a first-degree felony. A second-degree felony is punishable as a Level 10 offense under Florida’s Criminal Punishment Code. If convicted, the defense will receive at least 16 years and nine months in prison without the chance for parole, up to life in prison or on probation and a fine of up to $10,000.

If the defendant is convicted of using a firearm to commit the murder, then the crime comes with a minimum mandatory sentence of 25 years in prison.

A charge of first-degree murder is more serious under Florida law. A charge of manslaughter is less serious.

Like in a first-degree murder case, an issue can be raised on whether the defendant did not have a depraved mind without regard for human life because the defendant acted in the heat of passion based on adequate provocation.

In order to find that the defendant did not have a depraved mind without regard for human life because the defendant acted in the heat of passion based on adequate provocation:

If you have a reasonable doubt about whether the defendant had a depraved mind without regard for human life because he or she acted in the heat of passion based on adequate provocation, the jury is instructed to find the defendant not guilty of Second Degree Murder.