Every person has a duty to act reasonably toward others. If there is a violation of that duty, without any conscious intention to harm, that violation is negligence. The defendant cannot be guilty of manslaughter by committing a merely negligent act or if the killing was either justifiable or excusable homicide.

In order to convict of manslaughter by an act, it is not necessary for the State to prove that the defendant had an intent to cause death, only an intent to commit an act that was not merely negligent, justified, or excusable and which caused death. In some cases, the prosecutor can charge manslaughter for culpable negligence that is gross and flagrant.

If you were charged with manslaughter under Florida Statute § 782.07, contact a criminal defense attorney at Meltzer & Bell, P.A. to discuss your case. In many of these cases, the defense is focused on showing that the homicide was excusable or justified.

To prove the crime of manslaughter, the State must prove the following two elements beyond a reasonable doubt:

To prove the crime of aggravated manslaughter, the prosecutor must prove the following three elements beyond a reasonable doubt:

Manslaughter by Culpable Negligence in Florida 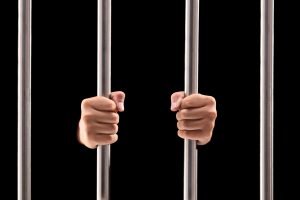 Florida law includes a concept known as “culpable negligence.” Under this concept, every person has a duty to act reasonably toward others. If there is a violation of that duty, without any conscious intention to harm, that violation is negligence.

The negligent act or omission must have been committed with an utter disregard for the safety of others. Culpable negligence is consciously doing an act or following a course of conduct that the defendant must have known, or reasonably should have known, was likely to cause death or great bodily injury.

Assisting a Suicide is Manslaughter

According to § 782.08, Fla. Stat., assisting a suicide is Manslaughter. Any person who deliberately assists another in the commission of self-murder (suicide) shall be guilty of manslaughter, a felony of the second degree. A second-degree felony is punishable by up to 15 years in Florida State Prison.