Section 782.04(3) Florida Statute explains the elements of the first-degree felony version of murder known as “First Degree Murder by Drug Distribution.” Murder by drug distribution occurs when a person 18 years of age or older unlawful distributes any of the following qualified substances, or mixture containing any of the following substances when such substance or mixture is proven to be the proximate cause of the death of the user.

The courts in Florida have held that under Florida Statute Section 782.04(1)(a)3., a defendant does not need to intend an act of homicide, have knowledge of a drug overdose, or be present when it occurs. In order to be guilty of this offense, the defendant need only intend to unlawfully distribute one of the prohibited drugs that results in a death caused by the drug.

The qualified substances for purposes of the murder by drug distribution statute include:

Contact us to find out more about the charges pending against you, the typical way those charges are resolved in court, and the best defenses that can be used to aggressively fight the allegations. 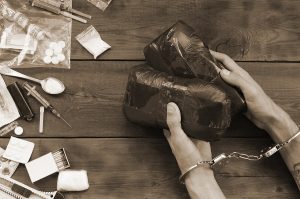 The defense for this crime often revolves around whether the defendant is eighteen (18) years of age or older. Other defenses are based on causation when the State fails to prove that the victim died as a direct result of the defendant giving the person any drug. Other defenses require the criminal defense attorney to request a jury instruct on the defense of justifiable and excusable homicide.

If you were charged with Florida Statute Section 782.04(1)(a)(3), then contact an experienced criminal defense attorney at Meltzer & Bell, P.A. in West Palm Beach, FL. Our attorneys are experienced in asserting defenses related to excusable and justifiable homicide when the evidence supports those defenses.