Both of these versions of first-degree murder are punishable as a capital offense in Florida. A conviction comes with one of two possible sentences:

The prosecutor might decide to waive the death penalty as a sentencing option. If such a waiver occurs, then the sentence after a conviction would be life in prison without the possibility of parole. If the state does not waive the imposition of the death penalty, then the court will conduct a separate sentencing hearing (called the “penalty phase”) if a conviction for first-degree murder occurs at trial.

Contact us to find out more about the charges, elements of the offense, and the best defenses that can apply in these cases. We represent clients on a wide range of homicide cases in South Florida including first-degree murder, second-degree murder and various forms of manslaughter.

Elements of Premeditated Murder in Florida

To prove the crime of First Degree Premeditated Murder, the State must prove the following three elements beyond a reasonable doubt:

Under the statute for first-degree murder in Florida, the term “act” is defined to include “a series of related actions arising from and performed pursuant to a single design or purpose.”

The term “killing with premeditation” means “killing after consciously deciding to do so.” In other words, the decision must be present in the person’s mind at the time of the killing. Florida law does not fix the exact period of time that must pass between the formation of the premeditated intent to kill and the killing.

The period of time must be long enough to allow reflection by the defendant.  The premeditated intent to kill must be formed before the killing. The question of premeditation is a question of fact to be determined by the jury when considering the evidence, the circumstances of the killing, and the conduct of the accused.

Defenses to first-degree murder are filed under pretrial defenses and trial defenses. Developing an attorney-client relationship will allow your criminal defense attorney to put together the strongest possible defense for your case. The attorneys at Meltzer & Bell, P.A. in West Palm Beach are experienced in fighting and WINNING in homicide cases and attempted homicide cases.

In many of these cases, the defendant will show evidence that he or she acted in the heat of passion on legally adequate provocation.

That premeditated design to kill might not be present when the defendant acted in the heat of passion based on adequate provocation.

Lesser Charges in a Murder Case 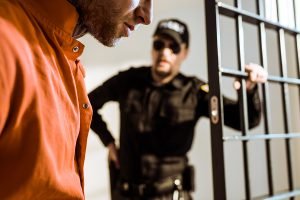 If the jury finds the defendant not guilty of first-degree premeditated murder, the jury might still consider entering a guilty verdict on lesser charges including: