Homicide is one of the most serious offenses under Florida’s criminal law statute. The word homicide is coined from two Latin words: “cida,” which means killing, and “homo,” which refers to man. As such, the term denotes the killing of a human being.

Indeed, there are many ways to kill a person, and not all are premeditated or involve malicious intent. While some deaths are justifiable or excusable, others are considered punishable. As such, whether a killing is considered punishable homicide in Florida is a question of fact. For this reason, the law separates the crime into several types and degrees of murder and manslaughter-making it easier to prosecute the charge.

Having said that, a homicide charge is prosecuted aggressively in Florida and can have serious implications on your life. If you are accused of unlawful killing of another person, you need to seek legal counsel immediately. An attorney at the Meltzer & Bell law firm has legal experience handling homicide cases in West Palm Beach, Florida and can help you defeat the charges.

The law on homicide is codified under Florida statute Chapter 782. This chapter provides for the various crimes which fall under homicide, making it an offense to kill another human being. The rationale for the enactment of this statute is to protect the sanctity of human life as well as prosecute offenders who are found to have taken away the life of another human being.

Noteworthy is that homicide can either be lawful or unlawful. As such, if you are facing a homicide charge, the prosecution and law enforcement will analyze each case to determine if it falls into the latter category to secure a conviction.

What are the different types of homicides in Florida?

There are various circumstances that may lead to a homicide charge. For this reason, there are different types of homicide charges under Florida law.

Section 782.04 of Florida statutes defines murder as the unlawful killing of a human being. Put briefly, the defendant’s intention is one of the basic elements the prosecution must prove to sustain the charge against the defendant.

In California, a murder charge is classified into four categories, depending on the facts and circumstances of the case.

You might be prosecuted under first-degree murder if the authorities reasonably believe that the murder was either premeditated or felony murder. Stated simply, a premeditated murder occurs when a person orchestrates the killing another human being and finally executes the plan.

In the same vein, an unlawful killing may also be filed as a first-degree murder charge if the death occurred when the defendant was committing or attempting to commit a felony.

That said, in Florida, a first-degree murder charge is classified as a felony. As such, the penalties are stringent, and you might end up serving life in prison with no possibility of parole.

Florida statute section 782.04(3)-(4) codifies the charge of second-degree murder. Per Florida’s law, a suspect will face a Second-Degree Murder charge if they acted according to a “depraved mind” without regard for human life.

What’smore this charge is different from the first-degree murder charge in that the killing is not premeditated.

Stated simply, the prosecution will need to prove the following elements beyond reasonable doubt in order to sustain the charge:

This type of murder occurs when a person unintentionally kills another person when committing or attempting to commit a non-violent felony.

If you are facing a third-degree charge and are successfully convicted, you risk facing up to 15 years in prison, 15 years probation, and a $ 10,000 fine.

Put simply, manslaughter denotes the killing of a person without intent. In other words, the person deemed to have committed the offense lacks malice aforethought. In Florida, manslaughter may be classified as either voluntary or involuntary.

Florida statute section 782.071 codifies the charge of vehicular homicide. This type of homicide is deemed to occur when a person is killed by the defendant’s reckless or negligent operation of a motor vehicle.

Typically the charges are classified as Second-Degree felonies, punishable by up to 15 years in prison, 15 years of probation, and a $ 10,000 fine. However, certain aggravating factors may affect the nature of the charge. For instance, if, after the accident, the defendant fled the scene of the accident and, at the same time, failed to render aid as required by law, the charge may be classified as a first-degree felony.

A first-degree felony charge means the defendant risks facing up to 30 years in prison upon conviction.

What are the Potential Penalties for a Homicide conviction in West Palm Beach, Florida? 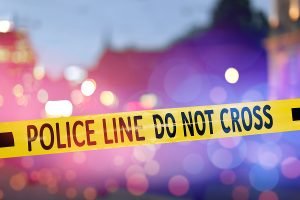 Homicide is one of the charges that is prosecuted aggressively in Florida. The different offenses that make up a homicide charge are often accompanied by stringent penalties that can have a serious impact on your life.

The crime of manslaughter is classified as a second-degree felony and is punishable by up to 15 years in prison, 15 years of probation, and a $ 10,000 fine.

That said, if you or your loved one is facing a homicide charge in West Palm Beach, Florida, you need to understand the nature of the charges before you take any other step. Understandably, the charges are often complex, and, oftentimes, they may be charged alongside other serious charges. For this reason, having a criminal defense attorney by your side is imperative. Essentially, an attorney at the Meltzer & Bell law firm can help provide effective legal counsel.

What is the Standard of Proof in Homicide cases in West Palm Beach, Florida?

Legally speaking, the standard of proof for all criminal cases is “beyond a reasonable doubt. “Stated simply, the prosecution has the burden of proof and is required by law to prove beyond reasonable doubt that the person accused of the crime committed it.

The evidence to support the charges is tabled before a jury that determines the guilt or innocence of the accused person. This means that, when defending you, your attorney will also need to table cogent evidence to convince the jury that you are innocent.

How can you defend Homicide Charges in West Palm Beach, Florida?

If you are facing homicide charges in West Palm Beach, Florida, you need to build a robust defense that will help you have the charges reduced or dropped altogether. Defending these charges is complex due to the highly delicate, detailed, and intricate issues that make up the case. What’smore, the outcome of the case is significant for both sides.

The prosecution will seek to ensure that they punish the person who ended another’s life and, at the same time, promote public safety by sending a clear message regarding the severe consequences of the crime. On the other hand, the defendant stands to lose everything upon conviction. As such, the stakes are high for both sides.

That said, a criminal defense attorney will try to ensure that the defendant avoids conviction by building a robust defense against the prosecution’s evidence. Typically, this involves invoking certain legal defenses which set out to exonerate the defendant.

Some of the legal defenses that your criminal defense attorney may use include:

Holding the prosecution to its burden of Proof

Legally speaking, the burden of proof lies with the prosecution. For this reason, they will need to prove beyond reasonable doubt the existence of the essential elements of the crime alleged to have been committed by the defendant. Failure to do this may provide the defendant with leeway to have the charges reduced or dropped altogether.

What’smore, the criminal defense attorney may also establish reasonable doubt that may lead to a successful acquittal or reduction of the charges.

Impeaching the credibility of the Prosecution’s Evidence

A criminal defense attorney may also move to impeach the credibility of the prosecution’s evidence. Often, an attorney will scrutinize the evidence tabled against you to establish its legality and admissibility.

Justifiable Use of Force

Like most jurisdictions, Florida allows people to use force to defend themselves against imminent attack or danger. When facing the threat of imminent death or serious bodily injury, people often act aggressively to protect themselves.

That said, if you’ve been charged with homicide in West Palm Beach, Florida, under circumstances in which you believed you were in imminent danger, you may successfully defend yourself by convincing the court that the use of force was justifiable.

Generally, the court would ask whether the use of force was reasonable under those circumstances and whether you were in imminent danger. Strictly speaking, this is a question of fact and law, and it is imperative to have a competent and qualified criminal defense attorney to help you justify the use of force that led to the death of another person.

Put simply, some deaths are justifiable or excusable. In fact, Chapter 782 of Florida’s statute provides specific murder or manslaughter defenses for death that occurs through accident or misfortune if the person who allegedly caused the death was:

Should you hire a criminal defense attorney in West Palm Beach, Florida?

If you or your loved one is facing homicide charges in West Palm Beach, you must act promptly to safeguard your rights. As such, it would be best to have a criminal defense attorney who will help build a robust defense while at the same time safeguarding your rights and interests throughout the criminal proceedings.

Noteworthy is that you may be unaware of the substantive and procedural laws accompanying the criminal proceedings in Florida, and you may end up making significant mistakes that may harm your defense. However, working with an attorney who understands the law and the criminal justice system will help ensure that you achieve a successful outcome in your case.

In addition to safeguarding your rights, a criminal defense attorney will:

A homicide charge can have a devastating and serious impact on your life. In addition to the criminal sanctions associated with the charge, you may end up having a ruined record that may prevent you from accessing future opportunities.

That said, if you or your loved one is facing a homicide charge in West Palm Beach, you need to seek legal advice immediately. An attorney at the Meltzer & Bell law firm has experience handling homicide cases in Florida and will work hard to ensure that you have the charges reduced or dropped altogether.