The United States Department has prioritized deportation of individuals with certain criminal convictions. Those convicted of an aggravated felony, crimes of violence, crimes of moral turpitude, and crimes involving controlled substances are targeted for deportation. The fervor of the immigration officials in their desire to weed out dangerous individuals has increased since September, 11 2001, but in practice results in a lot of regular, hard-working people fighting to remain in this country.

Attorneys Lawrence Meltzer and Steven Bell know what you are facing and they have successfully protected their clients from making decisions that could negatively impact their immigration status or result in removal.

Do not hesitate to call for your first consultation. If you are not a United States citizen, you should seek legal advice immediately after an arrest. We represent clients in Palm Beach, Broward, and Miami-Dade Counties in Southeast Florida, which are incredibly diverse communities. Call us today at (561) 557-8686 to set up your free consultation.

Aggravated Felony and Crimes of Violence

If your conviction is an aggravated felony or a crime of violence, you may be facing deportation. A successful defense and finding of not guilty is the ideal outcome. Other satisfactory outcomes may include a reduction to a lesser crime that is not considered an aggravated felony or crime of violence and therefore does not put you at risk of deportation.

Some examples of aggravated felonies as they apply to immigration law include:

It should be noted that any aggravated felony conviction or crime of violence will result in inadmissibility to the United States in the future. That means the offender will not be granted residency, a work visa, or citizenship. They may be refused reentry altogether.

Moral turpitude is a loosely defined term that applies to crimes (felonies and misdemeanors) in which the defendant committed a base or vile act. The classification is second in importance behind aggravated felonies in the eyes of immigration agents. However, crimes classified as involving moral turpitude should be avoided at all cost. The crimes that have been ruled to incorporate moral turpitude include:

The categories of crimes of violence and crimes involving moral turpitude overlap, so one may be convicted of a sexual battery that is an aggravated felony and implies moral turpitude.

Crimes Relating to a Controlled Substance

The Immigration and Nationality Act lists more offenses that will initiate deportation or prevent a non-citizen from being granted legal work status in the United States. Any crime related to controlled substances or drugs, crimes of domestic violence, protective order violations, and firearms crimes are all noted as grounds for deportation. 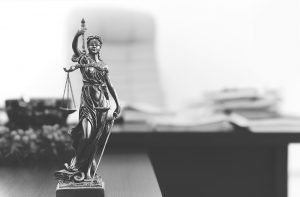 The law is constantly changing. The best advice you can get is from a Florida defense attorney dedicated to your case and your background. Immigration law is unique in that your Florida court case can weigh heavily on your United States residency status. Even minor misdemeanor charges can have an immense impact on your life when you are not a legal citizen.