Q: I have been arrested, and have an arraignment, what is that?

A: An arraignment is a court hearing that is absolutely MANDATORY unless you have hired an attorney.  An attorney can appear on your behalf or can waive this hearing and your presence by filing a written plea of not guilty.  It is a formal reading of the charges lodged against you by the State Attorney’s Office in the county you are charged.

A: There are two ways to post a bond.  One is a cash bond posted by the Defendant and/or a depositor who can be a friend and/or a family member.  This type of bond is an amount paid to the jail in full and can be returned to the depositor at the conclusion of the case.  The other type of bond is a surety bond which requires a bondsman and at least 10% down as a non-refundable fee to the bondsman that is not returned.  At Meltzer & Bell, P.A. DUI & Criminal Trial Lawyers, we have long standing relationships with Bond Companies throughout the State of Florida who are ready and able to write a bond and get your or your loved ones out of jail as soon as possible upon accusations of criminal activity.

Q: What is the difference between a Misdemeanor and Felony?

There are two types of misdemeanors in the State of Florida, a first and second degree.  A first degree misdemeanor is punishable by up to 60 days in jail (unless it’s a hybrid type of misdemeanor which could result in 90 days and/or up to 6 months in jail if the charges are DUI) or 6 months of probation (or in the case of a DUI, one year).  The second is a first degree misdemeanor which is punishable by up to one year in the county jail or one year of probation.  There are many different types of felonies ranging from the least severe, a third degree felony, to the most severe, capital felonies punishable by the death penalty.  Meltzer & Bell, P.A. handles all types of misdemeanors and felony charges and is available for free consultations on all matters.

Q: I was injured by police officers during my arrest, what should I do?

A: Take pictures! It is always important for you to preserve any type of evidence that you believe will be helpful in your defense so that you can provide it to the attorney that you hire.  Please always take photos of a scene, injuries or any other type of preservation you believe may be helpful.  Even if it does not become relevant at the end, at least let the lawyer make that call!

Q: I have a prior record, but it was a long time ago, will that be used against me? 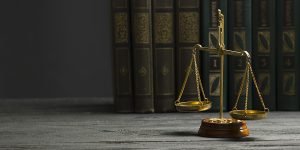 A: Your prior record is always accessible to the State Attorney’s Office and can be pulled nationwide by through what is called an NCIC.  It does not matter that your previous criminal history occurred 9 or 10 years ago, it can still be “considered” in a sentencing hearing.  There are certain time frames that allow a state attorney, or do not allow a state attorney, to track your prior record on a sentencing score sheet for guideline purposes, but those are technical issues to be discussed with a lawyer in your case.

Q: I want to tell the police officers my side of the story, should I do that?

A: Never speak to a police officer about allegations lodged against you.  Your words will be twisted and turned into an admission and or a confession.  You do not have any obligation to talk.  Remain silent and tell them you want to speak to a lawyer.  If they persist, continue to remain silent and retain a lawyer to represent you.  Here at Meltzer & Bell, P.A. DUI & Criminal Trial Lawyers, we represent clients prior to allegations being filed so we are here to help in that scenario as well!  Call us today.