After an arrest, a person in custody at the Palm Beach County Detention Center annexes will be brought to a first appearance hearing within twenty-four (24) hours of their arrest except those exempted by Rule 3.130(a), F.R.Cr.P.

The First appearance hearings for all defendants will be held in the Criminal Justice Courtroom at 3228 Gun Club Road, West Palm Beach,
Florida, from 9:00 am. on Monday until Sunday. Felony Fast Track hearings will be held at 1:30 pm. Monday through Friday at the courthouse in West Palm Beach. The times are changed with the approval of the chief judge.

If you were arrested in Palm Beach County for any type of felony or misdemeanor case then contact an experienced criminal defense attorney at Meltzer & Bell, P.A.. Call us to discuss your bond hearing, your first appearance court date, and the twenty one day period after your arrest when the State Attorney’s Office will make a filing decision.

We take an aggressive approach to protecting our clients at each stage of the case. We also file and litigate motions to suppress evidence illegally obtained, motions to exclude evidence that is unduly prejudicial, and motions to dismiss charges not supported by sufficient evidence. Call us to discuss your case and your best defense.

The order was entered pursuant to the authority conferred by Florida Rule of Judicial Administration 2.215. Under that authority, the court ordered the following procedures to establish a uniform procedure at ?rst appearance hearings in Palm Beach County, Florida. Certain exceptions to the 24-hour rule exist in the following types of cases.

Violation of Probation on a Felony Charge

If the defendant is also charged with an additional substantive offense, the defendant will be taken to a ?rst appearance hearing on the new charge(s) only. For the violation of felony probation, the court will follow the procedures in Administrative Order No. 4.401~5/ 10 (as amended).

Failure to Appear at Felony Arraignment

All Defendants arrested for failure to appear for felony arraignment shall be set for Tuesday afternoons at 1:30 p.m. at the Criminal Justice Complex.

Failure to Appear at any other Felony Court Proceeding

The Judicial Assistant of the assigned Felony Division will be noti?ed of the defendant’s re-arrest and will set a court hearing as soon as is practicable.

Failure to Appear for any Misdemeanor Charge

Cases assigned to the Central, North, South, and Belle Glade Courthouses, with the exception of Failure to Appear for Misdemeanor Domestic Violence and Misdemeanor DUI, the person will be brought before Division KK Monday through Sunday on the next work day after the Clerk receives the booking slip.

Persons arrested for Failure to Appear for Misdemeanor Domestic Violence or Misdemeanor DUI will be brought before the presiding judge of the assigned division for a hearing within 48 hours of the arrest excluding weekends and holidays.

Contempt of Court (not occurring on a weekend or holiday)

The Judicial Assistant of the Judge issuing the contempt order shall be notified and shall schedule a hearing before the Judge as soon as is practicable.

*If the contempt order is executed such that the next day is a weekend or holiday, the individual shall be brought to first appearance at the Criminal Justice Complex.

(SPECIAL NOTE: Persons in custody on a Bond Surrender who have not previously had a first appearance on the charge shall be brought to first appearance as though it were the original arrest.)

Personnel in Attendance at the First Appearance 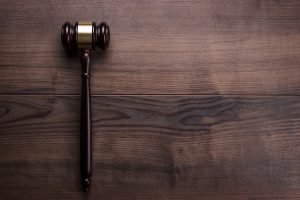 The administrative order requires the following personnel to be present at the first appearance in West Palm Beach for cases in Palm Beach County, FL:

The court representative will present information contained in interviews.

At the first appearance, the court will review the booking slip and the probable cause af?davit, probable cause order, warrant, capias or citation, and information obtained during the jail classification process for use at first appearance including a copy of the NCIC information. The court will also review the completed Application for Criminal Indigency Status filed by the Defendant.

The State Attorney also has the following information prior to first appearance:

The Pretrial Services Court Representatives provide the following documents to the judge:

This article was last updated on Thursday, October 13, 2016.