After an arrest, getting out of jail is the first big step. People often are overwhelmed with the thought of having to pay an expensive bail. However, there are options when handling these situations. It is important to know how to make the right move toward restoring your freedom.

A West Palm Beach criminal defense attorney can help you decide the best route to take when posting bond, all while guiding you through the complex legal system. Additionally, an attorney can fight to have your amount reduced or have certain pretrial conditions removed.

If a loved one has been arrested and needs help restoring his or her freedom, contact a West Palm Beach bond attorney at Meltzer & Bell, P.A.. Our legal team has years of experience helping people defend themselves against criminal accusations, and they understand how important pretrial release can be to a case.

Information About Bail in Florida

Establishing Bail at the First Appearance

After a person is arrested, he or she then will appear in court for a first appearance. This first appearance in front of a judge is when the accused will learn of the charges he or she faces and also his or her rights. During this time, the court will establish if there will be a bail and, if so, what the amount will be.

The court determines the bond amount by considering several factors, including the defendant’s financial situation, if he or she is a potential danger to the community and whether he or she is a risk of flight, according to Florida Statute Annotated § 903.046. Generally a person will be entitled to a reasonable bail amount set by the courts.

In misdemeanor cases, a reasonable bail amount usually is set. However, in felony cases, especially those involving violent or sexual offenses, it is possible for a judge to deny bail completely. This means a person would not be able to have temporary freedom while awaiting the next court date.

The court may allow a defendant to be released upon personal recognizance, which essentially is a promise to appear in court when directed. In most cases, a person could be released after he or she posts bail, which involves either cash money or a bond.

Posting a Bond in Florida 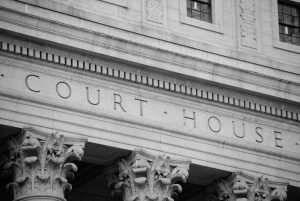 After a bail amount has been set, the defendant can either use cash or a bond to secure his or her release from jail. If the defendant or his or her family pays the amount in cash, this is referred to as posting bail. If he or she cannot afford it, generally a bond is used.

When cash is used to pay for the bail, the person must pay the full amount to Palm Beach County. Once the case is completed, the money will then be returned to the person who posted the bond. However, the court can keep any amount needed to cover court costs or fines imposed if the person is found guilty, according to Florida Statute Annotated § 903.286.

If the bail does not cover all of the court fees or additional penalties, the defendant must immediately pay the court or enroll in a payment plan, according to the statute. If the person does not appear in court, the entire amount will be forfeited.

A surety or bail bonding company also can post a written guarantee called a bail bond. According to Florida Statute Annotated § 903.045, the purpose of the bond is to ensure the defendant appear at all subsequent criminal proceedings. If the defendant fails to appear after being properly notified, then his or her bond amount may be forfeited

In exchange for posting the bail bond, the company typically charges a bond premium fee, which is 10 percent of the bail bond’s total amount. Additionally, the bonding company could require other things as collateral, such as cash, deeds or property.

After a person is released on bail, there are certain pretrial conditions that must be met, according to Florida Statute Annotated § 903.047. Some of the requirements include:

A court may revoke pretrial release and order pretrial detention if the court finds probable cause to believe the defendant committed a new crime while on pretrial release, according to state law.

Paying bail can be overwhelming, adding to the stress level of an already intense situation after an arrest. An experienced criminal defense attorney can present a solid case to the court as to why his or her client’s bail should be reduced or lowered.

For instance, an attorney can argue the person does not have the financial resources to meet the bail amount. An attorney also can use other factors, such as his or her ties to the community, employment record, lack of a criminal record and history of appearing in court when required.

Showing the person has a history of meeting his or her responsibilities could help lower the amount for bail. This is crucial when helping a person get his or her temporary freedom while awaiting a court date. Contacting a West Palm Beach criminal defense attorney can be beneficial to you during the post-arrest process.

During a first appearance in state court the judge can add an additional requirement known as a Nebbia Hold. This allows the court to inquire into the source of the funds used for the bond. The legal premise for the Nebbia holds are based on the decision in U.S. v. Nebbia, 357 F.2d 303 (2d Cir.1966).

However, Florida law allows for a similar type of hearing. The court can consider the source of funds used to post bail or procure an appearance bond, particularly whether the funds may be linked to or derived from the crime alleged to have been committed or from any other criminal or illicit activities, according to Florida Statute Annotated §  903.046.

A Nebbia Hold can be lifted with a proffer, which is a written response that outlines proof of where the funds used to pay the bond originated. This often is used to prove the money was not acquired through illegal means, such as theft. This can be done so with financial records, income statements, bank records and other documents.

Once the court is satisfied with the source of the funding, the Nebbia Hold can be lifted. This would allow the defendant to bond out of jail with no other delays. A criminal defense attorney can help ensure the process is followed correctly and completed as quickly as possible.

If your loved one has been arrested and needs assistance getting out of jail, contact a West Palm Beach criminal defense attorney at Meltzer & Bell, P.A.. Our attorneys understand the post-arrest process, and they can help you get your freedom back as soon as possible. Call (561) 557-8686 to schedule a free consultation.