Florida’s 10-20-Life law is found in Florida Statute 775.087. The law is a mandatory minimum sentencing law for the state of Florida. The law impacts the sentencing options when it is alleged that a person used a firearm during the commission of a forcible felony. Find the classification system for forcible felonies

Only the prosecutor in a case is eligible to waive any mandatory minimum. One exception applies if the judge sentences the defendant as a youthful offender which caps the maximum penalty at six years of any supervision whether it be prison or probation.

To qualify for a youthful offender sentence, the defendant must be no more than 20 years of age at the time of the sentence.

If you are charged with a felony offense that comes with a minimum mandatory sentence, then contact the experienced criminal defense attorney at Meltzer & Bell, P.A.. We can help you understand the charges pending against you and how the criminal process in Florida applies to your case.

The name of the law, 10-20-Life, comes from the three minimum sentences provided for by law. Under Section 776.08, F.S., the term “forcible felony” includes any felony which involves the use or threat of physical force or violence or the following offenses: 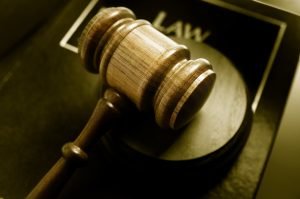 The law was expanded in 2000 to cover any juvenile who was 16 years old or 17 years old who fired or discharged a firearm during a violent crime or for offenders with prior criminal records.

The 10-20-Life law in Florida requires a defendant to be sentenced to the law’s maximum allowable extent for the committed felony. The mandatory sentences must be completed consecutively to any additional sentence an offender must serve.

The three main mandatory sentences include:

Increases to Other Mandatory Minimum Sentences

The new law also created minimum sentences for anyone convicted of drug trafficking. Certain drug offenses carry a mandatory sentence of three years depending on the type of drug possessed, the quantity possessed, and whether the drug caused a death. The minimum penalties increased to 7, 15 or 25 years, life in prison or the death penalty.

Additionally, it increased other mandatory minimum sentences including: